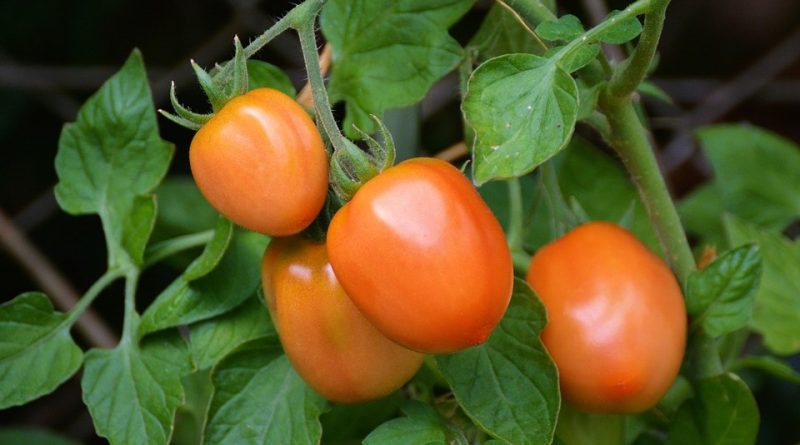 The tomato (Solanum lycopersicum, L. 1753) is an annual herbaceous species of the Solanaceae family.

Geographic Distribution and Habitat –
Solanum lycopersicum is a species native to the area of ​​Central America, South America and the southern part of North America, today corresponding to the area between Mexico and Peru. At the Aztecs his name was xitomatl, while the term tomatl indicated several similar fruits, usually juicy. Today all warm and temperate climates are widespread and cultivated. 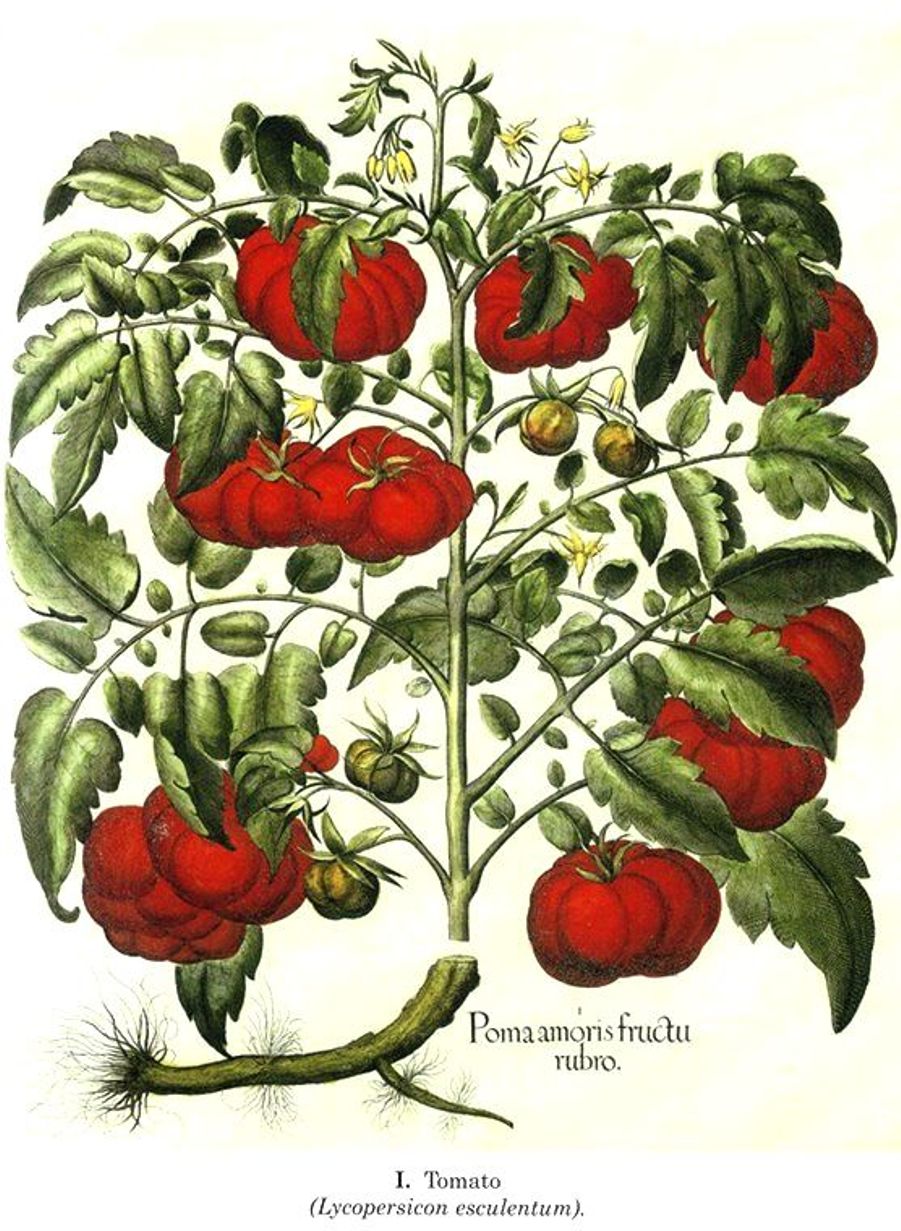 Description –
The Solanum lycopersicum is characterized by annual plants with a more or less elongated flower axis, often without leaves. Its berries are very variable in shape and size, glandular and pubescent when young and red when ripe. Seeds 2.5-3 x 1.8-2 mm, ovoid, compressed, smooth, brownish, covered with a mucilaginous substance. The species has a high variability, both in its bearing and in the size and color of the berries; even if the red cultivars are the most widespread on the market, the berries can take different colors; this goes from white (white queen, white tomesol) to yellow (douce de Picardie, wendy, lemon), pink (thai pink), orange (moonglow), green even when ripe (green zebra), and even black purple (Crimean black, purple perfect).

Cultivation –
Tomato is an annual plant, which under certain temperature conditions can become two years. Its berries, with their characteristic red color, are widely cultivated and used in the food sector in many countries of the world. For its cultivation technique you can also compare the following sheet.

Uses and Traditions –
The origins of tomato cultivation are lost in the mists of time and there are traces of its use, already among the Aztecs. The tomato sauce was in fact an integral part of Aztec cuisine. The Aztecs also thought that the tomato had aphrodisiac properties and this is the reason why the French originally called it pomme d’amour, “love apple”. It is also said that after its introduction in Europe, Sir Walter Raleigh would have given this plant full of its fruits to Queen Elizabeth, baptizing it with the name of apples of love (“love apples”).
Upon its arrival in Europe in 1540, by the Spanish Hernán Cortés, it was thought that it was a poisonous plant as it resembled black nightshade. In fact, in the face of doubt, it was adopted together with the potato and the American one but as an ornamental plant. Subsequently the physician and botanist Nicolàs Monardes Alfaro studied its characteristics for curative purposes and it is necessary to wait some time before its food use is understood. In fact, tomato cultivation began in the second half of the 17th century. We find documentation in Italy by Pietro Andrea Mattioli who in his “Medici Senensis Commentarii” of 1544 defined the tomato as mala aurea, then literally translated into Italian as “golden apple” from its characteristic golden yellow color. Subsequently, according to local tradition, he stated that the transition from gold to red berries was due to a selection made in the Nocerino countryside between the 17th and 18th centuries.
The tomato subsequently became part of the cultivation and horticultural tradition of entire districts and subject to selection in areas with particular soil and climatic characteristics. Today there are numerous varieties and ecotypes, especially in southern Italy, and especially in Sicily which, with its pedoclimatic variability, has a unique genetic heritage of this species in the world. Just think of the varieties: Linosa Tomato, Pachino Tomato, Vallelunga Tomato, Vittoria Tomato, Licata Faino Tomato (Buttichieddu), Piriddu Tomato, Pizzutello di Nubia Tomato, Pizzutello Winter Tomato, Pizzutello di Paceco Tomato, Poma Tomato , Sinacori tomato, Stella tomato, to name some of the best known and often used for the preparation of sauces or peeled tomatoes.
Among the active ingredients present in the tomato we recall solanine and lycopene.

Preparation Mode –
The cultivation of tomatoes is also linked to the culinary traditions of Italian cuisine exported a little around the world. Due to its varietal variability, however, it finds innumerable food uses: from sauces, peeled tomatoes, dried tomatoes, to concentrates to get to salad tomatoes or preserved in various ways. It is almost certainly one of the most widely used foods in the food sector, even though it must always be considered that any excess and continuity of food can cause gastrointestinal problems.