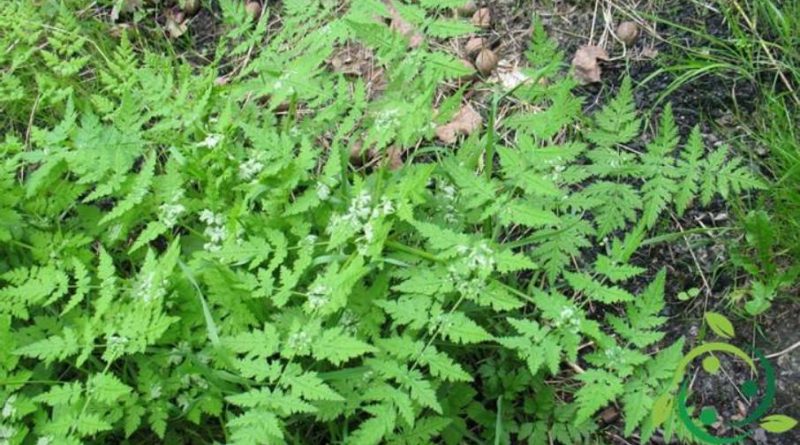 Finocchiella, also known as Mirride odorosa or Mirride delle Alpi (Myrrhis odorata (L.) Scop., 1771) is a perennial herbaceous species of the Apiaceae family. In this contribution we will see what are the characteristics and qualities of this plant and how to grow fennel, considering that in its natural state it is widespread up to 2,000 m s.l.m. in the Alps, the Apennines, the Pyrenees and in Great Britain, which is found in woods and grassy meadows, on preferentially calcareous soils. It is a plant up to 150 cm high and 90 cm wide, with deep roots, resistant, thick and fleshy, with erect stems, branched, hollow, green, hairy and quite vigorous. The leaves are similar to those of ferns and the flowers are small, with a diameter of 3-4 mm, of white or cream-white color, grouped in inflorescences, called umbrellas; these can be hermaphrodite (larger) or with only male flowers and in this case no smaller. The plant blooms from late spring to August with entomophilous pollination through bees and pollinators. The seeds of 15-25 mm by 3-4 mm are bright and brown when ripe. The plant can be grown to use both leaves, seeds and roots. For the cultivation, consider that fennel prefers cold temperate climates (with resistance to temperatures constantly below zero), even if it also adapts to temperate ones, with exposure preferably in partially shaded and sheltered areas. The preferred soil is the subacid, organic, moist and medium-textured soil with good drainage.

The propagation of fennel can be done either by sowing (in fact the plant is disseminated) or by taking small portions of the root, with at least one bud, with plant at 4 cm depth and at 50 cm distance between each plant, at the beginning autumn or better in spring. After planting, if sown, it must be reduced to leave the same distance between the plants. The plant cycle lasts from 3 to 4 years after which it is necessary to alternate with another crop for at least 4-5 years before the plant returns to the same plot.
For fertilization we recommend the use of organic substance in pre-implantation (excellent mature manure) supplemented with ash, especially in acidic soils and subsequently at each end of winter or early spring for the following years. Do not use nitric nitrogen which weakens the plant, makes it susceptible to insect attacks and, moreover, accumulates in the leaves.
The irrigation should be carried out as soon as the ground begins to dry up (end of the rainy season) until the new autumn rainfall), in order to keep the substratum of cultivation always quite humid (avoiding useless stagnations).
If the main objective of cultivation is the collection of the leaves it is better to eliminate the inflorescences at the beginning of flowering to allow a better accumulation of substances and flavor in the leaves which, if used immediately, are collected from May to December, while if they have to be dried they take near the flowering. For the use of seeds it is preferable instead to collect the inflorescences shortly before their maturation; the maturation is then achieved by placing the inflorescences to dry laid out on a single layer in an environment sheltered from light, dry and with a good air circulation. The roots, for exclusively fresh use, should be eradicated in autumn, from the second year of life of the plant on, cleaned from the side jets and dried in the sun.
The leaves of Finocchiella, which are made of anise, are used to give flavor to fillings, soft cheeses, sweets and ice creams; the roots and seeds are instead used to flavor grappa and liqueurs. Mirride odorosa has therapeutic properties: expectorants, tonic, antiseptic, digestive, diuretic, emmenagogues.