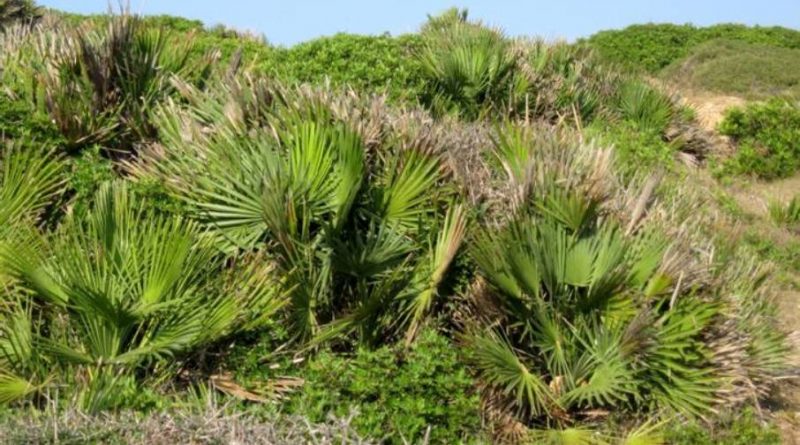 The Mediterranean Fan Palm (Chamaerops humilis L., 1753), or San Pietro palm, is a species typical of the Mediterranean scrub of the Arecaceae family and the only species of the genus Chamaerops.

Systematics –
From a systematic point of view, the dwarf palm belongs to the Eukaryota Domain, Kingdom Plantae, Magnoliophyta Division, Liliopsida Class, Arecales Order, Arecaceae Family, Coryphoideae Subfamily, Livistoneae Tribe, Rhapidinae Sub-tribe and then to the Genus Chamaerops and to the Specie C. humilis.

Etymology –
The name of the genus comes from two Greek words: “khamai”, in Latin “chamae”; that is, small, dwarf, prostrate, and from “rhops”; that is a shrub, a bush, referring to the bearing of the plant. The specific epithet comes from the Latin “humilis, -is, -e” (“humus”); that is, earth, from which the Italian name “humble”, takes up the meaning of the Greek name.

Geographic Distribution and Habitat –
Chamaerops humilis is widespread throughout the western Mediterranean from southern Portugal to Malta and from Morocco to Libya. In Italy it is especially common in Sicily, Calabria and Sardinia and is found in the western coastal strip, from Sicily to central-southern Tuscany (promontory of Piombino), including some islands of the Tyrrhenian Sea (Capraia, Elba, Cerboli, Palmaiola). To the north, it is present in some wrecks in the territory of the Portofino Park (Liguria). It is a typical element of the most thermophilous band of the Mediterranean scrub. 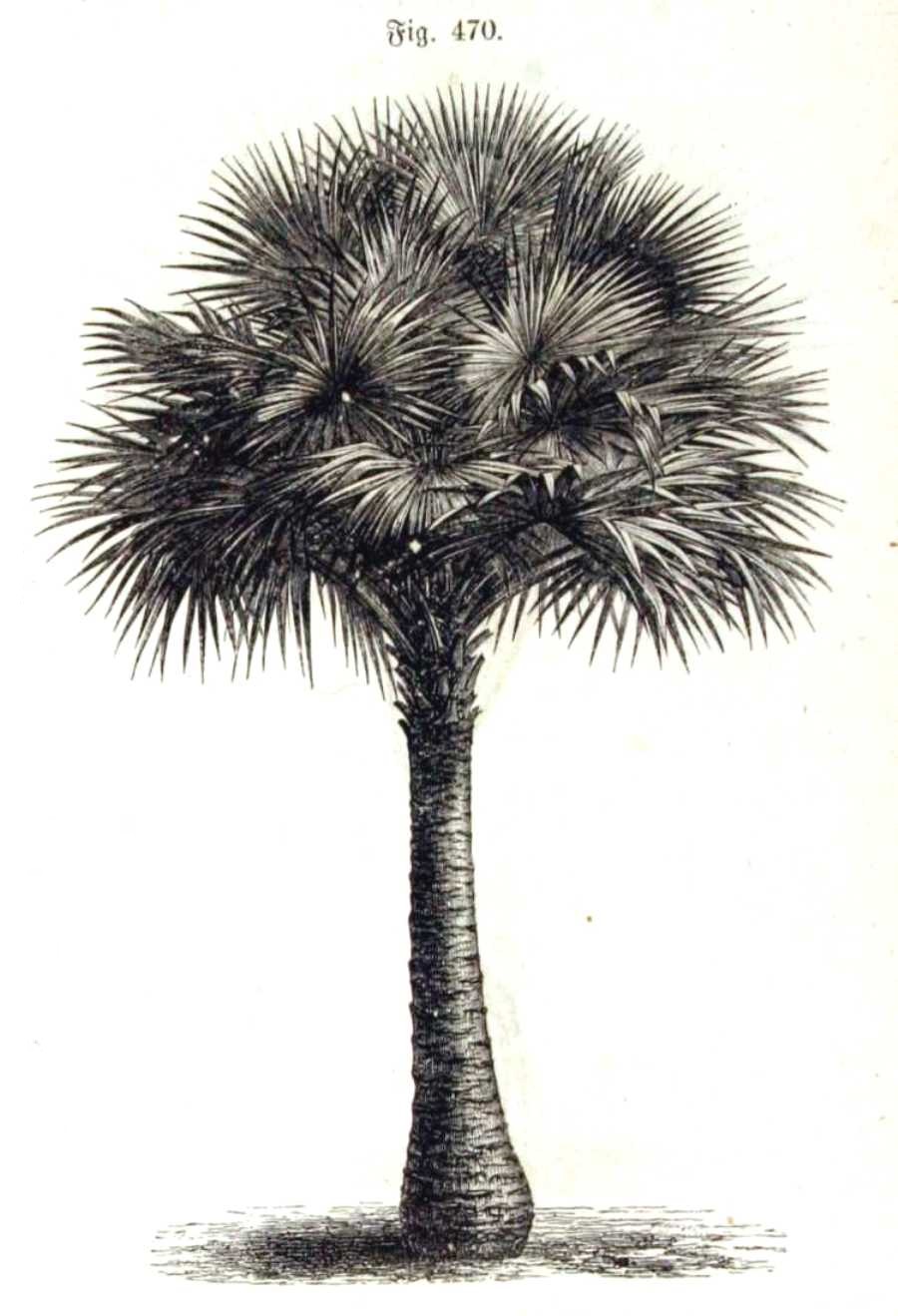 Description –
Chamaerops humilis is an evergreen shrub nanophanophytop and is a shrub-like, acaulous or multi-stemmed plant, up to 2 m tall, sometimes even 6-8 m in cultivation, covered by fibers and the remains of leaf petioles. The leaves are persistent, fan-shaped, stiff and straight, with long and thin petioles with lateral thorns and lamina divided into 16-20 pointed segments: The flowers, unisexual or hermaphroditic, are small, yellow, gathered in dense panicles that originate between the leaf petioles, wrapped by a bivalve spathe. The fruits are fleshy, ovoid, yellow-reddish, 2-3 cm long, not edible.

Cultivation –
The Chamaerops humilis is cultivated mainly for ornamental purposes, especially in warm areas, near the coasts; it prefers sunny exposures and fears intense cold.
Vegeta with a temperature above 10 ° C; withstands temperatures down to −12 ° C but only for short periods. The optimal growth temperature is between 22 and 30 ° C.
In the natural environment it grows mainly on rocky or sandy soils. However, it is a plant that adapts itself to various types of soils. Plant that tolerates drought very well, when cultivated for ornamental purposes it should still be irrigated to improve its development and aesthetic appearance. For details of the cultivation technique, see the following sheet.

Customs and Traditions –
The oldest plant in the Botanical Garden of Padua is a specimen of Chamaerops humilis, planted in 1585, known as “Goethe’s Palm”, as the illustrious poet, who saw it during his trip to Italy in 1786, remained fascinated. The apical shoot is used in food as cabbage-palm, especially in North African countries, but also in Sicily where it is known as ciafagghiuni. The fruits are astringent and very rich in tannins while the leaves, due to their fibrousness, were once used for the manufacture of various tools such as brooms, baskets, hats, fans, mats, ropes, etc. .. The Chamaerops humilis, as well as for purpose ornamental, constitutes an important element in forest use as it is very effective against erosion and desertification and is generated after fires by emitting new discards.
The plant is seriously threatened by the larvae of the butterfly Paysandisia archon, of South American origin but now also present in Europe.
In the coastal countries of southern Europe it is often used as an ornamental plant.

Preparation Mode –
The bud, whitish and medullose, is edule and was once used in times of famine to replace the potato or to make cakes.