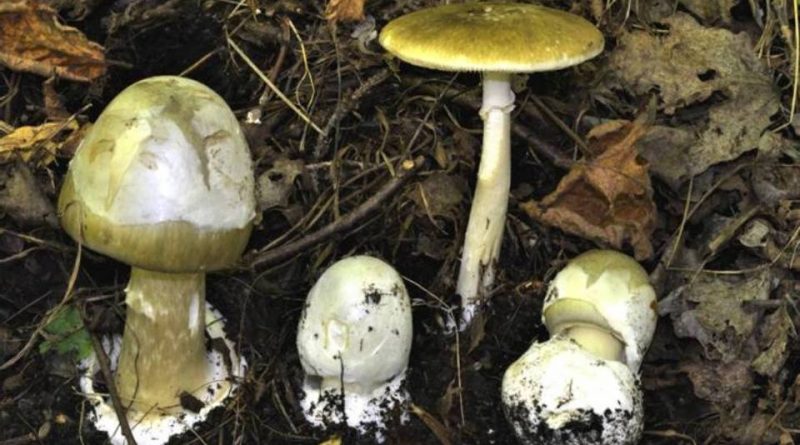 The Amanita phalloides (Vaill. Ex Fr.) Link, 1833 is also known as Amanita foulide or Tignosa verdognola is a fungus of the Amanitaceae family, with extremely high toxicity.

Systematics –
The greenish Tignosa from the systematic point of view belongs to the Domain Eukaryota, Kingdom Fungi, Basidiomycota Division, Subdivisione Agricomycotina, Class Agaricomycetes, Sottoclasse Agaricomycetidae, Order Agaricales, Family Amanitaceae and then to the Genus Amanita and to the Species A. phalloides.

Etymology –
The term Amanita derives from the name of Mount Amanos of Asian Turkey or from the Greek ἀμᾱνῖται amanítai, a name given by the ancient Greeks to mushrooms in general; the specific epithet comes from the Greek phallòs (foul) and eîdos (form, semblance) for the appearance of the young mushroom.

Geographic Distribution and Habitat –
Amanita phalloides is a species that grows throughout Italy between summer and autumn. It is found mainly in the deciduous forests of oak and chestnut trees (less frequently near conifers); it can also grow on the tree-lined margins that delimit meadows and cultivate. 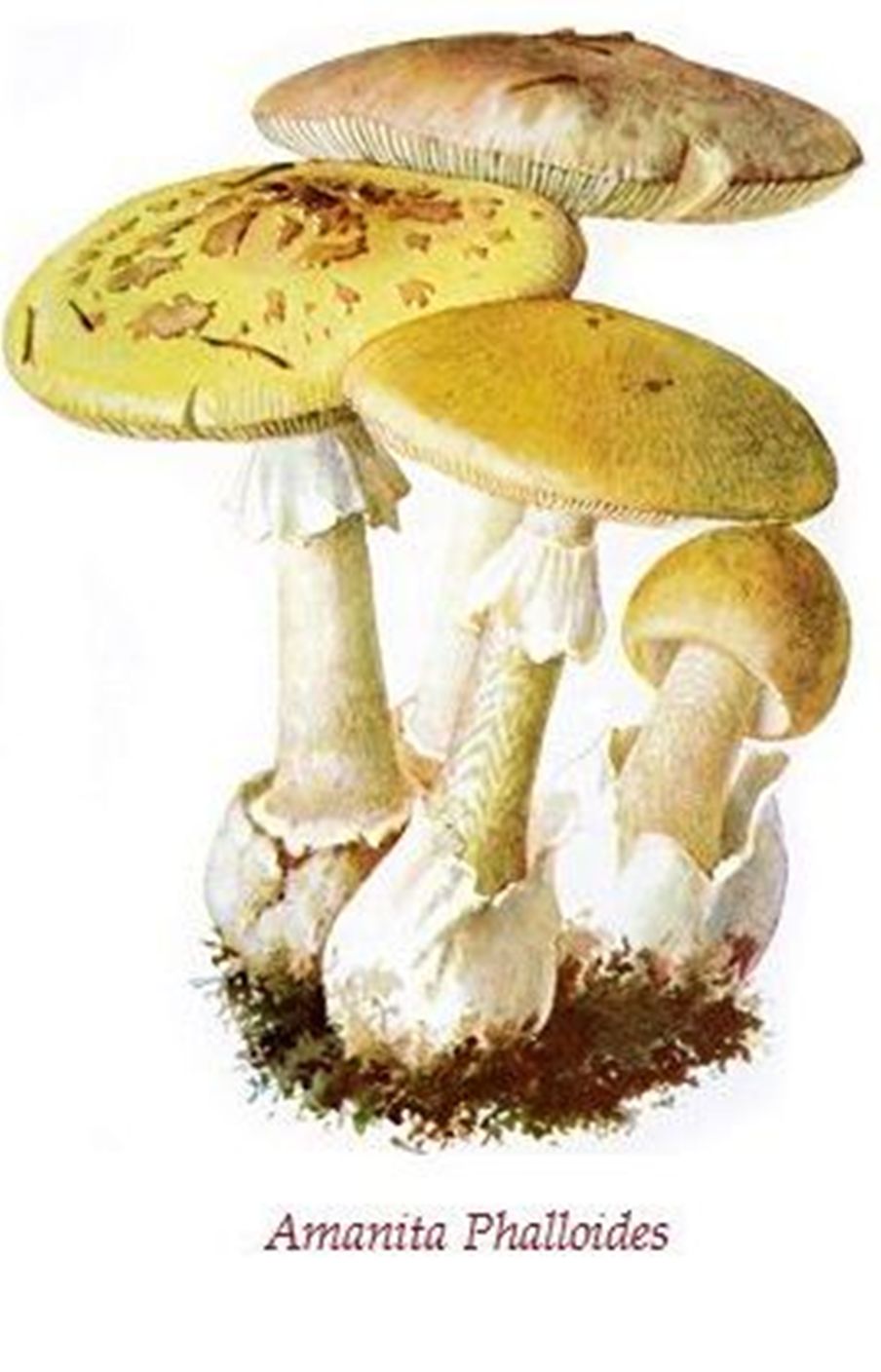 Description –
The Amanita phalloides is characterized by a bell-shaped or conical hat, sometimes hemispherical, with a variable color from gray to yellowish, and from brownish to white with dimesions between 4 and 15 cm. Generally the color fades with ever clearer shades from the center to the edge and can be bright or viscous depending on the ambient humidity. The stem tends to widen as you go down, with very particular whitish or greenish streaks, comparable to snakeskin. The stem of Amanita phalloides is full when young, and hollow in the old and always bulbous mushroom at the base. The lamellae are very dense and unequal, free at the stem. The ring that is dislocated in the pre-apical area, is white, and wraps the stem like a handkerchief; in the mature mushroom it tends to fall. The meat is very fibrous, white and firm with no odor from raw or, to the limit, sauté of dried rose or urine; in the phase of putrefaction the Amanita phalloides gives off a very unpleasant odor, similar to ammonia.

Cultivation –
Due to its high toxicity it obviously does not have any interest in cultivation.

Uses and Traditions –
The story is full of famous people and famous victims of L’Amanita phalloides. In the year 450 a.C. in Salamis in Greece, the host Mnesarco, father of Euripides, the famous author of the most important Greek tragedies, together with his wife, found death after a meal based on Amanita phalloides. In 54 d.C. Tiberius Claudius Caesar Augustus Germanicus is poisoned with this mushroom and the same fate fell to Clement VII, (Giulio di Giuliano de ‘Medici) – (1478 – 1534) who died as a result of a meal of Amanita phalloides. Also Natalia Kirillnovna Naryshkina (1651-1694) Tsarina, second wife of the Russian tsar Alexis and mother of Peter I the Great seems to have died because of a meal with this mushroom, just as Charles VI of Hapsburg, in 1740, took personally and carelessly of the Amanita phalloides which were his last mushroom meal. These well-known characters would be enough to understand how even history has had to deal with the most dangerous fungus existing in nature due to its poisonousness and its high polymorphism that makes it resemble many species (which has earned it the popular name of an angel of death and of bastard ovolo). A. phalloides poisoning is almost always lethal and, if the poisoned survives, it usually forces him to hemodialysis for life or liver transplantation. This fungus produces a substance called α-amanthine that prevents the formation of RNA-messenger by polymerase-II in humans. At higher concentrations it also blocks the function of polymerase-III. In humans, on the contrary, neither the polymerase-I nor the polymerase-III of the same Amanita phalloides are subject or vulnerable to the action of α-amanthine.

Preparation Mode –
Being the most poisonous mushroom par excellence, it is never to be considered edible. This is the mycological species that causes the vast majority of poisonings with fatal results in Europe.