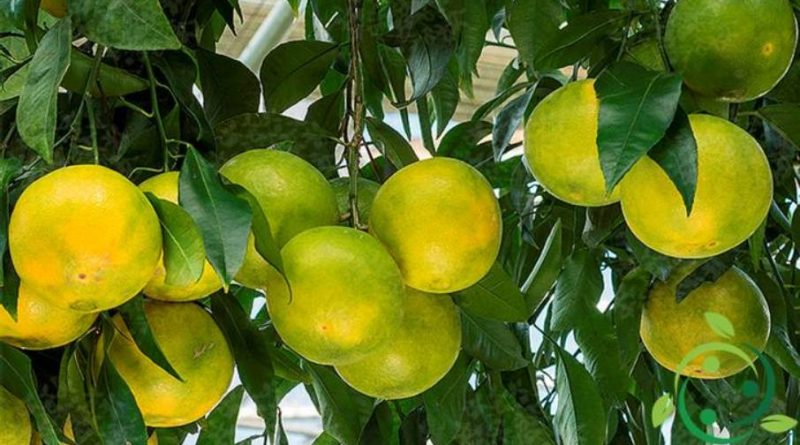 How to grow the Mapo

The Mapo (Citrus × tangelo) is a hybrid between mandarin and grapefruit. This crossing, obtained between the mandarin cultivar Avana and the grapefruit cultivar Duncan was obtained in 1950 in the Research Center for Citrus and Mediterranean Cultures (ACM) of Acireale and released for cultivation in 1972. It has the same shape as that of the grapefruit, but slightly smaller. the taste is pleasantly sour with some tangerine notes. In this sheet we will see how to cultivate the Mapo and the appropriate suggestions. It is a tree that grows vigorously and very quickly that can reach twelve meters in height. It is a plant very appreciated by bees (for the scent of its flowers) that produce an excellent honey. The Mapo blooms between late winter and early spring and is a plant that needs pollinating plants of the same genus as it is self-sterile. Another feature of the Mapo is the alternation of production.

The Mapo, compared to Mandarin, has less resistance to cold, so it fears late frosts. The best temperatures for the growth of the Mapo are between twenty and twenty-eight degrees. The Mapo, like other citrus, prefers sunny and bright environments but well protected from winds even by windbreaks. The most suitable characteristics of the soil are those of medium mixture, not calcareous, with a good amount of organic substance and excellent drainage.
Nowadays, five main cultivars have been obtained from Del Mapo: Minneola, Orlando, Page, Seminole and Sampson. As for the rootstock, the most used is the one with the bitter orange and the franc. The franc resists well at lower temperatures and gums, while the bitter orange has greater adaptability to the cultivation land, with the exclusion of the clayey ones and allows greater plant longevity. With this rootstock, the plant is better suited to lower temperatures, has greater resistance to radical rots and gummy collars but is more susceptible to bad dryness and the virus of sadness.
As the Mapo is a plant with a crown that tends to expand, it is good to arrange the sixth of planting even 6 x 6. The most suitable form of breeding is that of the full-crowned globe is the breeding technique that is adopted, with the branches placed on the stem at forty fifty centimeters from the ground.
With this system of breeding the technique of pruning and harvesting is facilitated and, in turn, the Mapo is protected from strong winds and insolations. Pruning should be carried out through the thinning of some dry branches, weak and suckers at the extremity of the branches.
Fertilization should be done in winter only with organic substance (preferably mature manure) to be mixed to the soil with the first cleaning of weeds. To avoid absolutely the use of nitrates that predispose the plant (like other citrus) to a greater vegetative vigor but to a lower resistance in respect to the parasitic attacks (in particular cochineals, aleurodidi and aphids) and more susceptible later to gums and badly dry. In the land where the Mapo is cultivated, it is possible to resort to the addition of ash obtained from the burning of prunings or other company plant products. Indispensable, like other citrus fruits, irrigation with non-brackish water as sodium can go to inhibit the absorption of other elements and microelements and be exchanged as a lack of these. The collection of the Mapo is done manually between October and January and the fruits are mainly intended for fresh consumption or, alternatively, for the production of liqueurs and preserves. For pests you can work as for lemon.