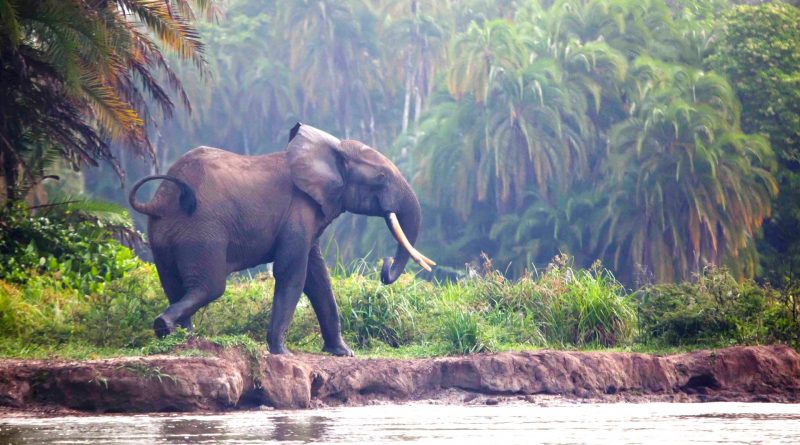 The Congo rainforest is an equatorial forest located in Central Africa. This forest, which mainly coincides with the Congo basin, extends over six countries: Gabon, Equatorial Guinea, Cameroon, Central African Republic, Republic of Congo and Democratic Republic of Congo (DRC). Its area is over 200 million hectares and, within it, there are about 10,000 species of tropical plants of which 30% are unique in the region. In the Rainforest of the Congo live many animals now endangered; we remember: the forest elephant, chimpanzee, bonobo and gorilla of plain and mountain. This forest, with its neighboring areas, is home to about 60 million people who derive sustenance from it. The most numerous ethnic groups are those of the Pygmies (Aka, Baka, Bambuti, Efe). The Congo Rainforest is of great importance for maintaining the climate. It is estimated to maintain between 10 and 20% of the planet’s carbon. According to the WWF classification, the Congolese forest is composed of the following ecoregions: