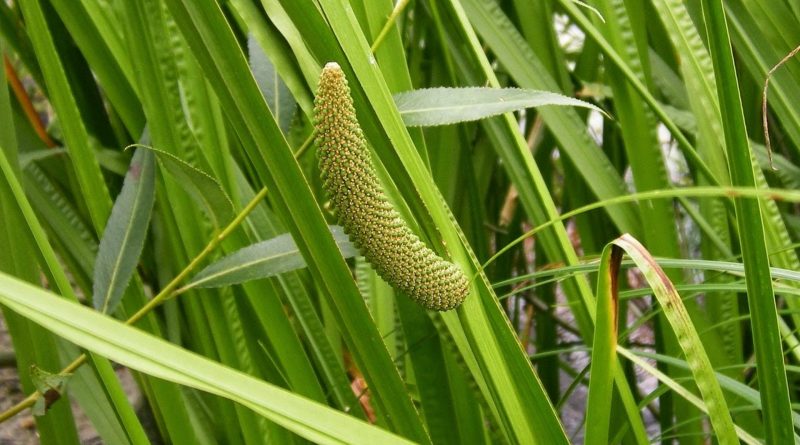 The aromatic calamus (Acorus calamus L., 1753), also known as Canna odorosa, is a marshy and perennial herbaceous species of the Araceae family.

Systematics –
From a systematic point of view, the odorous cane belongs to the Eukaryota Domain, Kingdom Plantae, Magnoliophyta Division, Liliopsida Class, Sottoclasse Arecidae, Arales Order, Araceae Family and therefore to the Acorus Genus and to the A. calamus Species.

Etymology –
The term Acorus (from Acoraceae according to the APG classification) comes from the Greek ακορος akoros or ακορον akoron aromatic plant (probably an iris) cited by the Greek physician, pharmacist and botanist Dioscorides; the epithet calamus, derives instead from calămus cane, in turn derived from the Greek κάλαμος cálamos which recalls the myth of Kalamos which, fallen into the Meandro river and drowned, was transformed into a reed.

Geographic Distribution and Habitat –
The Acorus calamus is a species native to Asia, has spread to Europe and in countries with a temperate climate, including North America. Its optimal habitat consists of wetlands, such as ponds or riparian areas; this plant can not stand the direct sun of the warmer months. The Canna odorosa vegeta at altitudes between 0 and 300 meters. 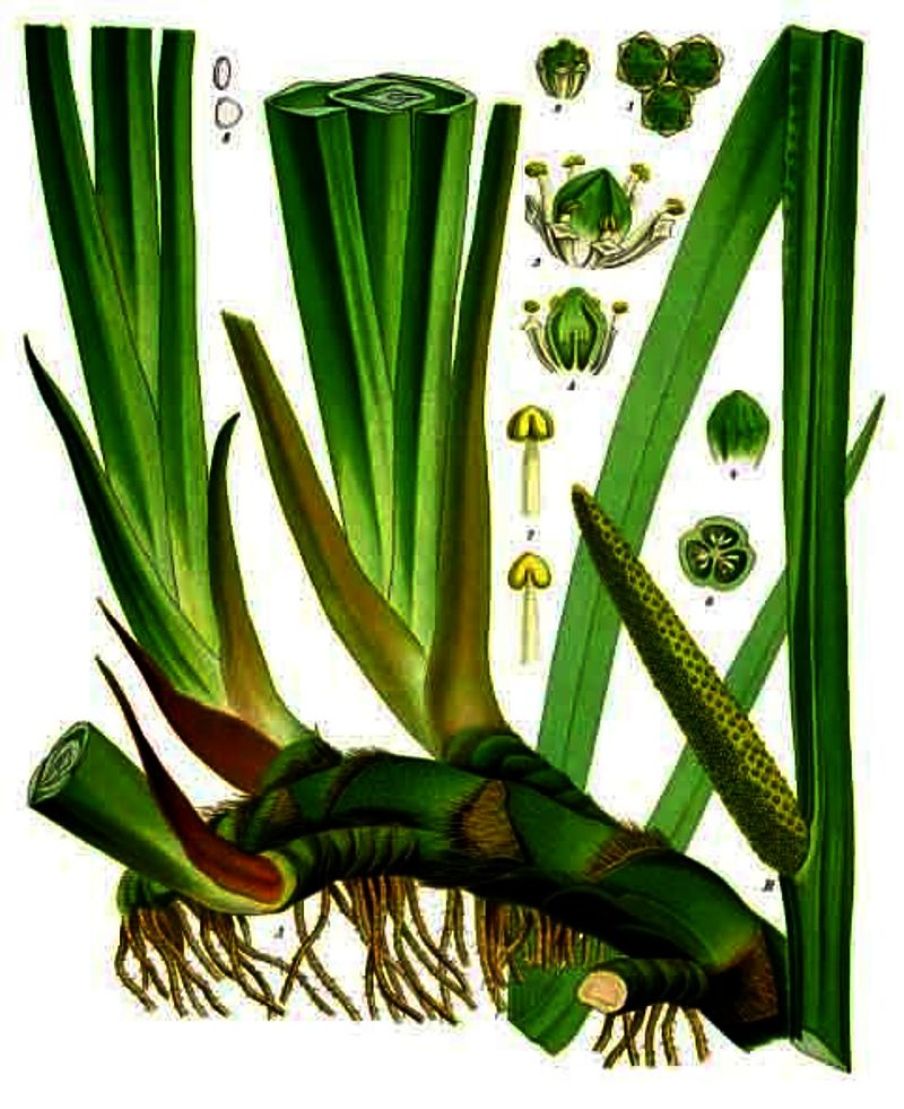 Description –
The Acorus calamus is characterized by roots and edible leaves and is a radiant hydrophyte species that can reach heights between 50 centimeters and a meter. It has triangular shaped scapes from which the inflorescence originates and linear and erect leaves, dark green and with a width between 10 and 15 millimeters. The flowers (which have a single long tepal up to 2.5 millimeters) of this species are hermaphroditic and grouped in a conical spadix inflorescence with a length between 4 and 8 centimeters and of a yellow or light green color. From these, red berries are generated. The root is a typical branched and aromatic rhizome.

Cultivation –
For possible cultivation it should be noted that the aromatic calamus prefers very humid soils (banks of rivers or basins or even in underground containers on the bottom of ponds and ponds). The Acorus calamus grows however in any type of soil, possibly with slightly acidic pH). In this sheet the specification of the cultivation technique.

Uses and Traditions –
As previously stated, the roots of the Arcorus calamus are used in herbal medicine to prepare liqueurs, and are appreciated for their eupeptic-digestive properties. The essence of these plants is used in industry and in perfumery to give an aroma of vermouth to drinks such as chinotto. Especially in the Middle Ages the leaves (which smell of lemon) were scattered on the floors to perfume the environment through their foot traffic.

Preparation Mode –
The Canna odorosa, from a gastronomic point of view, is used for sprouts and roots. Sprouts can be used to flavor salads, while the root aromatizes meat dishes.