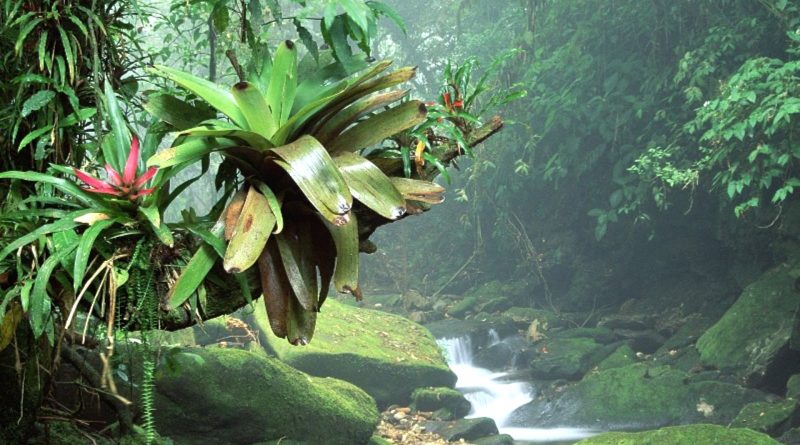 Among the greatest assets on which to intervene before it is too late we remember the tropical forest of Sumatra (Tropical Rainforest Heritage) of Sumatra in Indonesia. The Sumatra Tropical Forest Heritage has been a UNESCO World Heritage Site since 2004. It consists of three Indonesian national parks on the island of Sumatra: the Gunung Leuser National Park, the Kerinci Seblat National Park and the Bukit National Park Barisan Selatan.
The tropical Sumatra forest in the center of the island is made up of three national parks: the Gunung Leuser National Park (GLNP) (8629.75 km²), the Kerinci Seblat National Park (KSNP) (13,753.5 km²) and the Bukit Barisan Selatan national park (BBSNP) (3568 km²).
The GLNP is part of the 18 Indonesian regions ranked by the WWF among the 200 most important biodiversity regions in the world.

There are 174 mammals, 3 endemic species and 21 species reported as at risk in 2000. Little is known of the smaller mammals. 380 species of birds were found, 13 of which were endemic and 52 at risk. Among the most important species there are: ponghi, rhinos of Sumatra, and other monkeys. Among the plants the most precious are the aforementioned Rafflesia arnoldi and the aro titano. Instead, among the birds the blue flycatcher of Rueck and the white-winged ducks. In KSNP there are 85 mammals, 5 endemic and 23 at risk; 370 birds, 13 endemic and 58 at risk. Among the most important mammals are the nebulous leopard of Borneo, the Asian tapir, and the Sumatran rhinoceros. Among the birds we remember the Sumatan cuckoo. among the plants the Hopea beccariana deserves a mention. The BBSNP contains 98 mammals, 1 endemic and 25 at risk; 379 birds, 7 endemic and 58 at risk; 59 reptiles and amphibians. BBSNP has the same avian species of KSNP. Among the most important mammals is the Sumatra elephant and the leatherback turtle.
This forest includes three national parks rich in biodiversity and covers an area of ​​25,900 km² (about as much as Sicily). Many endangered species live in this area. Several endemic mammals, such as the Sumatra orangutan, the Sumatran rhinoceros, the Sumatran tiger, the Malayan bear, etc. About ten thousand plants including the largest flower in the world (the Rafflesia which is a genus of parasitic plants, discovered in 1818 in the Indonesian rainforest) and the higher one (the titro aro or giant aro (Amorphophallus titanum Becc., 1879 )).
The parks of this vast tropical area are in danger due to the weakness of the government that has not prevented logging, poaching, the spread of agricultural crops and the construction of roads. Recall, among other things, that a good part of this responsibility lies in deforestation to make room for intensive crops, including the oil palm. Suffice it to mention that, only in neighboring Borneo, to make way for the cultivation of oil palm, only the orangutans have seen, in little more than 15 years, decrease their population of about 150,000 individuals.
At this point it is not enough to declare these assets as UNESCO sites; Political acts of common and strong international impact are necessary.