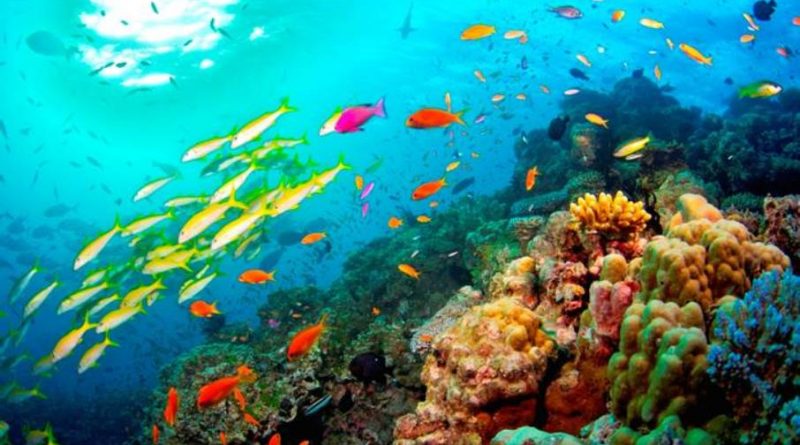 The oceans (and obviously all the seas) now have obvious symptoms of incompatibility with the human industrial model. We are facing increasingly hot and increasingly deoxygenated seas. Greater oxygen reductions above all at the equator and at the poles. This disturbing verdict comes from a new research conducted by oceanographers of the German center GEOMAR. With detection and simulation models, the response is the same: oxygen (O2) in the oceans is decreasing and simulations for the future are even more disturbing.
The study was published a few days after this article in the scientific journal Nature Geoscience, a peer-reviewed scientific journal published by the Nature Publishing Group.
In detail, it is clear that over the last 50 years, the oceans of the entire planet have decreased their quantity of dissolved O2 by 2%.

The reason is mainly related to the increase in temperature and the study also shows how climate change (climate change) is caused by man with his model of irresponsible development.
The mechanisms of oxygen distribution in the oceans are linked to the exchange of air-sea gas and synthetic marine plants; for this reason its concentration and distribution in the seas is regulated by delicate balances, linked to the circulation, mixing and consumption of marine life through breathing. However, this process becomes increasingly difficult as water temperatures increase with a decrease in the absorption of oxygen from the air. To this is added the alteration of the currents that bring deep into the most oxygenated superficial marine layers. The process finally becomes devastating when oxygenation falls below certain levels; in this case the environment becomes incompatible with marine life and, even worse, it can release nitrogen oxide into the atmosphere which is a powerful greenhouse gas.
The phenomenon of areas with minimal amounts of oxygen is normal but today these areas are expanding, especially at the equator and at the poles.
If, within a few years, the models of industrial development, intensive agriculture, and unsustainable models of life are reversed, the consequences will be “dramatic”, both on a biological, ecological, economic, climatic and, finally, social level. with increasing poverty, migration and political imbalances.
At this point the Science must become aware of and drag the Politics and the Society towards responsible behaviors but above all to government actions decided and unprecedented. The countdown to give meaning to the term “Civilization” is coming to an end.