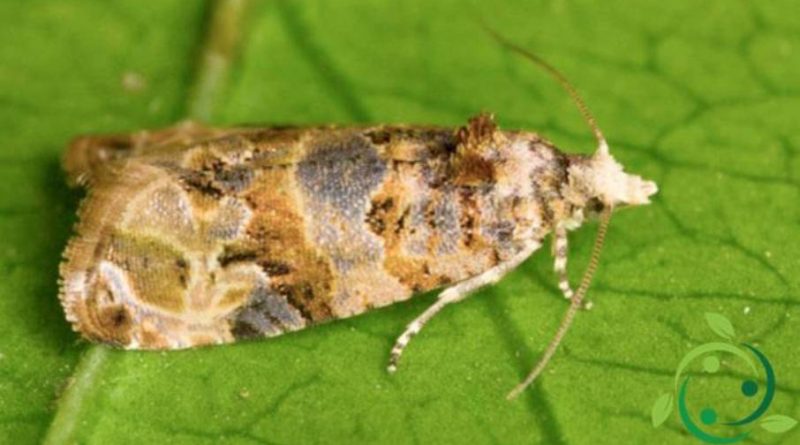 In this sheet we can see the main biological control and control systems for the Lobesia botrana. The Lobesia botrana (Denis & Schiffermüller, 1775), better known as Tignoletta della vite, is a tortricid moth, known for the serious damage it causes by feeding on the grapes, widespread throughout Italy and in particular in the central-south regions . The interventions and the fight against this insect occur at the same time as that of the vine moth (Eupoecilia ambiguella) whose biological cycles are equated. This 8 mm wingspan butterfly is recognizable by the presence of brown marble designs and fringed wings at the edges, while the larvae have a yellow to green color with a yellowish color.

The damage of this insect begins with the first generation on the flowerings and with the second and third generations on the grapes from the enlargement to veraison, damages that, depending on the intensity, are even more harmful because on the lesions caused by the moths settle infections botrytis and acid rot which, above all in the table grapes, can make the product unmarketable.
The insect has a biological cycle that from the chrysalises, which winter in the vineyard, then originates the first generation between April and May, which oviplates on the flowers it feeds on, and where it is eaten, and then flickers between June and July. The second and third generations (between June and July and the beginning of September) originate, which ovate the grapes and pierce the grapes, after which the larvae of this generation form the chrysalises that winter for the following season.
The first fight against these insects is the creation of an agro-ecological environment around and inside the vineyard that allows the moth, which is polyphage, to also feed on other plants and its natural predators to decrease virulence. The specialization of the vineyards, with net soils from herbs, with large extensions of these without other plant membranes (such as hedges, other crops, etc.) is a great ecological agro mistake which then makes the containment of this insect more complex. In this sense, even some incorrect fertilization techniques (especially with nitrates in table varieties), making the vegetation more palatable, create the conditions for a proliferation of out-of-control botany Lobesia. The starting point for the control of this insect is the monitoring with traps. The traps are placed in number of 1-2 per hectare for each species of lepidopter (also considering the Eupoecilia ambiguella), placed at the beginning of April and cleaned about three times a month (adhesive and pheromone capsule). In general, once the traps are placed and sampled the intervention thresholds for the Lobesia botrana are: 1st generation: intervention in general is not necessary, to intervene only if the infested bunches are more than 40%; 2nd generation, with intervention to reach 5 larvae every 100 clusters, descending to 2-3 larvae if the variety in question has very compact bunches; 3rd generation: as for the second generation.
In any case, it is important to check the presence of the eggs on the clusters which could change the intervention threshold according to their greater or lesser presence.
An interesting technique, to be combined with monitoring, is that of sexual confusion with synthetic pheromones that disorient the coupling of the males. Once the thresholds have been exceeded, the treatments with principles permitted in organic farming are based on bacillus turingensis (active, however, above all with larvae at the first stages of life) and spinosad acting on all larval stages.