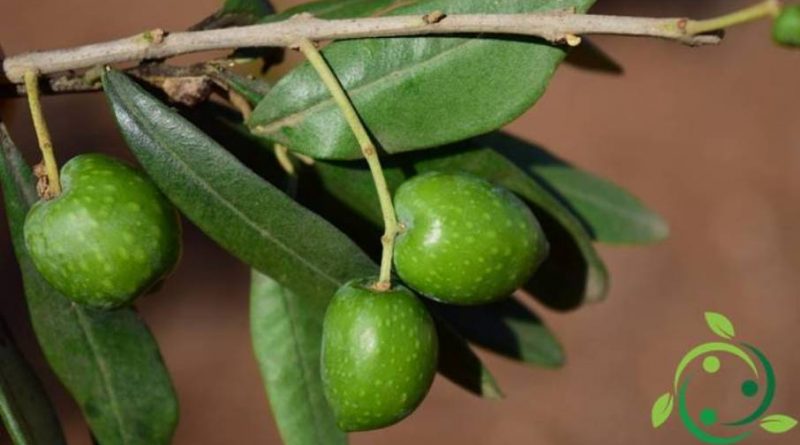 How to grow the olive tree in a biological way

The cultivation of olive tree is very ancient and the plant technique follows the classical schemes foreseen for the tree crops:
It is necessary to remove the shrub or shrubbery of the tree, which is followed by leveling, rustling and bursting about 80 cm. In recent years, however, planting techniques are undergoing modifications in function of the need to preserve the soil more and for the predisposition of dynamic systems. In excessively coarse soils it is advisable to limit rusting to large rocks to prevent a lowering of the countryside. For puncturing, it is preferable to work with a punch or plow with respect to burrowing.

In rainy areas it is good to expect good drainage. Since in general the investment of tubular drainage is not profitable in olive cultivation, it is more convenient to set up a surface arrangement by providing an appropriate groove and a network of colonies.
As for fertilization of replanting this is done after the bursting and before the complementary processing based on the results of the chemical analysis. Mineral fertilization so far was limited to the only contribution of phosphate and potassium fertilizers as the nitrogen would be lost by dilution. In recent times, with the advancement of the principles of “natural” agriculture, it begins to limit such intervention with organic substance, preferably of zootechnical origin. However, it is always advisable to integrate mineral fertilization with the addition of organic fertilizer (eg 50-100 t of manure per hectare) for its amelioration effect if there is availability of cost-effective organic additives.
Fine refinement is performed, especially in a slightly more compact soil with a 40 cm groove to digest and distribute fertilizers along the contour and a groove to reduce surface pliability.
Preparations are followed by planting with the tracing of the sixth and the staking, the laying (manually or with semiautomatic transplanters), the plant of the guardians. The sixth plant depends on various pedoclimatic and agronomic conditions. Normally, they are six inches between 5 × 5 m and 7 × 7 m in irrigation and 8 × 8 m and 10 × 10 m in dry conditions. Same very narrow are not advisable for excessive shading along the line and for the difficulty of mechanization. With olives bred with a poly-vase or single-liver we suggest six 5 × 7 m or 6 × 7 m according to the cultivar’s vigor. If integral mechanical pick-up is expected, it is recommended to use six in square of 7 × 7 m or 8 × 8 m to allow for easy maneuvering of the machine. Settling is carried out by the fall at the beginning of spring by carrying a drill with the drill; we do not recommend the plant in spring to prevent excessive fires.
The choice of planting modes is of great economic and technical importance. Plants obtained from cuttings are cheaper but tend to develop a surface radical and may experience water stress in the first year of planting. Those obtained from grafted seedlings are more resistant but have higher prices. Keep in mind, however, that cedar planted plants are recommended in all areas where the olives are subject to frost, because in case a regenerative cut to the foot of the plants is needed.
After the plant follows the realization of the irrigation system that in recent times has seen more and more the predisposition also of plants for subirrigation.
In certain areas, especially winds, it is sometimes useful to set up wind turbines.
Breeding is basically dependent on two factors: lighting requirements and mechanization. The olive tree has a lure base, with end caps or pendulum according to the variety and fruit in the outer part of the hair, as it is more illuminated. Because of these elements, the breeding methods proposed for the olive are as follows. The most commonly used forms of farming are: Vase, Poly Vase, and Shrub Vase; Palmetto is also being used a lot and in recent times in the order of innovation: Ipsilon, Siepone, Globe, Monocono, Bush and Olive Cedar.
As for water requirements, the olive tree is a plant that has little water demand, but prolonged water shortages can cause serious damage to olive trees such as cattle and low production. A rational water supply has many benefits including: Accelerate plant formation, which first enters production; Increased production (up to 20-40%); Better productive constraint, hindering the alternation.
The pruning of the olive may also not be carried out all the years: you have to operate according to your needs and the spaces you have available.
This technique is carried out in different periods of the year; from the period after collection to the end of winter-early spring (before vegetative recovery). The technique, however, involves the elimination of old branches, eliminating much of the inner branches that most obstruct good lighting throughout the plant.
The cuts in the branches must be precise and clear; it is important that the bark is not damaged, so as to avoid the onset of future pathologies.
Among the biological adversities, the most common pathogens and pathogens are illustrated below.
Olive Peacock Eye, Wood Cracks, Capnodium elaeophilum, Olive Leaf or Anthracnose (Colletotrichum gloeosporioides and Colletotrichum acutatum), Cercosporiosis or Piomination, Olive Oil, Verticilliosis (Verticillium dahliae), Parasite Brush, Radish Marciume woolly – Rosellinia necatrix, Fibrous radical marcium – Armillaria mellea, Olive tree, Xylella pestilence, Olive leaf, Cecidomia of olive leafs, Cecidomia olive suggestive, Lasioptera berlesiana, Olive cinnamon, Green Marigold (or Margaronia), Rodilegno, Tignola Rodiskorza, Ecofillembio, Gymnoscelis rufifasciata, Coccyella half Pepper Wheat, Cotonella, Gray Coccinelle, Cottononium Cotton Oleo, Black Aleirode, Fleotribo, Oziorinco, Ilesino, Rinchite, Tripide of Olive. For all these diseases, some essential principles apply: balance of nutritional benefits, good hair aeration, cleaning of working tools, use of material of certain origin.