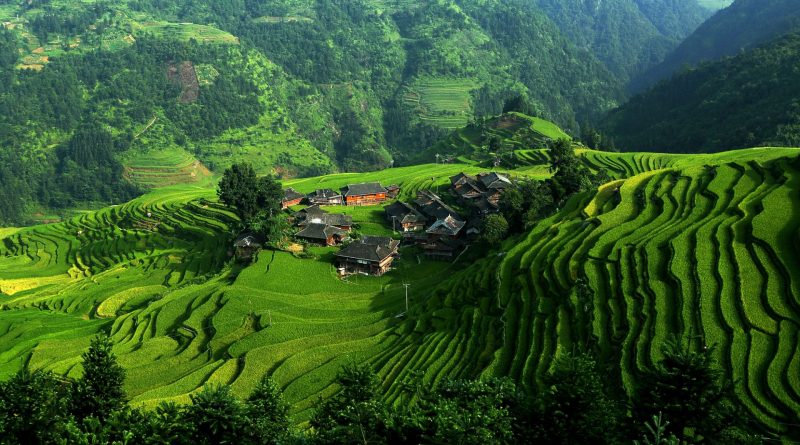 And here also China, apparently one of the nations less sensitive to environmental sustainability, begins to take serious measures for the recovery of agricultural land polluted by overly-set agriculture on synthetic products and pesticides.
The Beijing measure will have to be implemented to heal about 90% of contaminated agricultural land by the end of 2020. This is one of the recent statements by the Environment Minister Li Ganjie. The provision will be implemented through a preliminary detailed survey on soil pollution through the establishment of pilot areas for the testing of prevention and treatment techniques.

The determination was made following a study started in 2013 which verified that an area equal to that of Belgium is too contaminated for agricultural use. The cost of rehabilitation would be around a trillion yuan (210 billion dollars). The rehabilitation plan also envisages, by the end of the decade, a reduction in water resources indexed with “grade V” (ie unusable even for irrigation or for industrial purposes) below 5% (compared to 8.8% recorded in the middle of last year) and an extension of “grade III” or higher (those suitable for human consumption) to more than 80% of the total. Other measures will also be taken to reduce the smog with the aim of allowing 338 cities to breathe “good air”.
This is in general a plan that even if actually implemented by 2020, will see the first improvements received not before 2030.
Although little known and publicized by the public, for some years the government has been engaged in a program of modernization of the agricultural sector which includes a plan to reform rural policies with particular attention to the limitation in the use of pesticides, to the revision of the policies support of some crops (such as wheat) and, in general, to a rural model substantially different from that which has characterized China’s great demographic and industrial expansion.
The fact that for the 15th year in a row the document n ° 1 (first political report of 2018) sees the rural question at the center makes it clear how this country is making a great transition towards policies of agricultural sustainability and unprecedented food security.