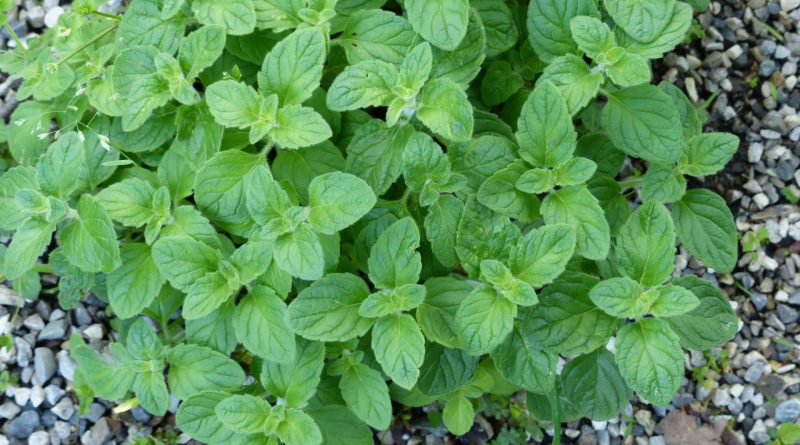 Clinopodium nepeta (L.) Kuntze, 1891, more commonly called common mint, is an aromatic plant belonging to the Lamiaceae family and to the genus Clinopodium. It is also called nepitella or nepetella. Calamintha nepeta is also a synonym.

Etymology –
The generic name (Clinopodium) is derived from the Greek “klinopodion” (composed of two words: “klino” = slope, recline or bed and “podos” or “podios” = one foot). Referring to the synonym (Satureja nepeta (L.) Scheele the etymology could refer to “salty.” The specific name (nepeta) was first used by Gaius Plinius Second, writer, admiral and Roman naturalist, for an aromatic plant (“Grass cat”) and refers to the town of Nepi in Etruria.This aromatic herb is also called nepitella, nepetella, nepeta, mentuccia, mentastro.

Geographic Distribution and Habitat –
The Clinopodium nepeta is very common throughout the Italian territory and throughout the Mediterranean. Its habitat is represented by dry, uncultivated meadows, escarpments, walls, on calcareous substratum and it grows from sea level up to 1500 m s.l.m. it is a heliophilous and thermophilous species. 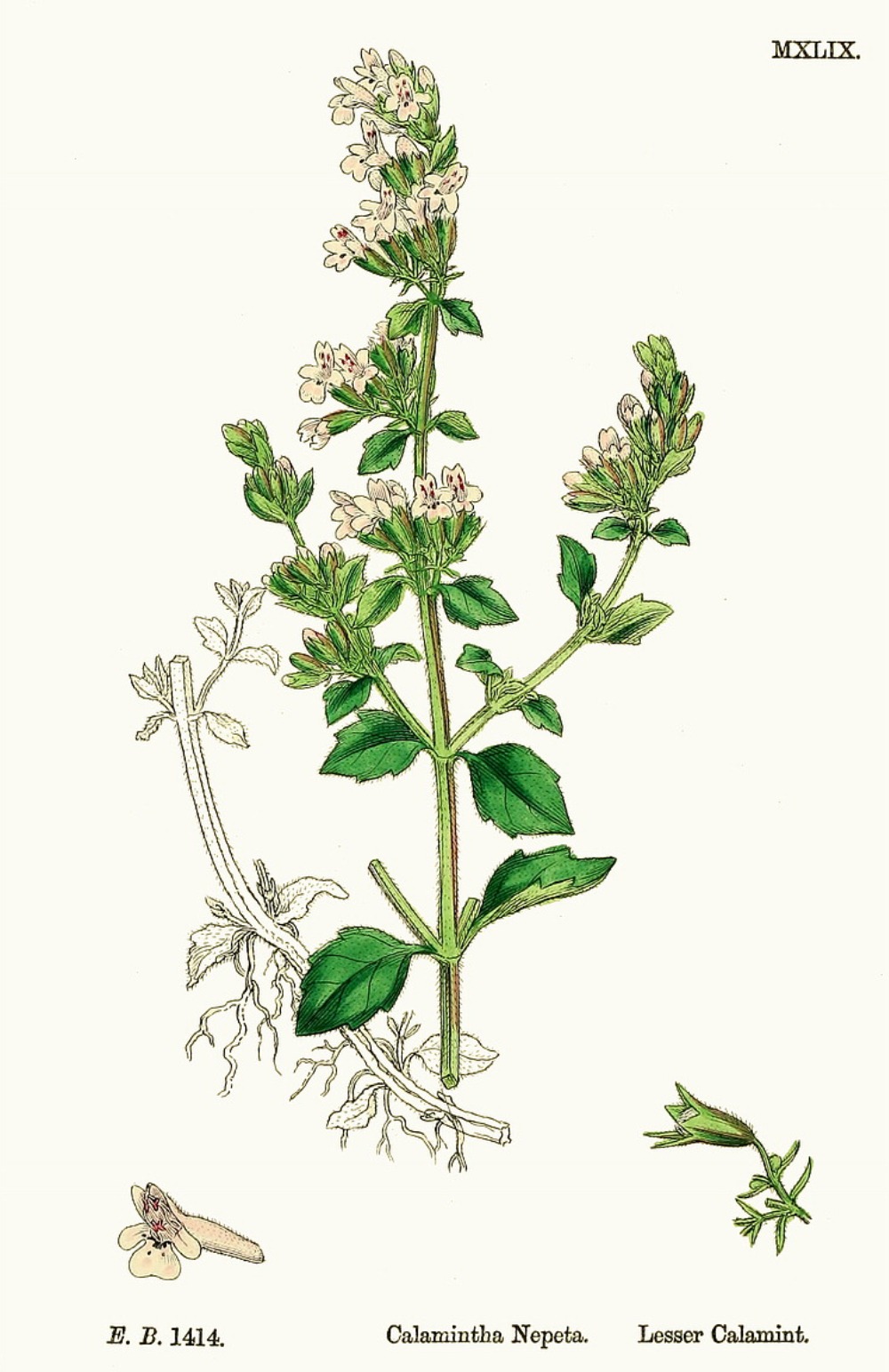 Description –
The nepitella is a perennial and herbaceous plant, broad-leaved, with flowering that begins in summer and lasts until early autumn. It can reach a height of 20-40 cm (maximum 80 cm). The biological form is scaposa hemicryptophytes (H scap), that is to say they are herbaceous plants, perennial biological cycle, with buds wintering at ground level and protected by litter or snow and are equipped with an erect and often leafless flower axis. . All parts of this plant have a slight smell of mint.
The roots of the niece are secondary derived from a taproot. The aerial part of the stem is ascending with the woody lower part. It has a surface covered with inclined hairs. The leaves are arranged in opposite symmetry. The lamina has ovate forms with acute apexes. The margins are revolved and weakly serrated.
The inflorescences of Clinopodium nepeta are represented by leafy tops with 5 – 20 pedunculated flowers per verticillo (each verticillo is subtended by two leaves) and the peduncle is up to 2 cm long.
The nephew has hermaphrodite flowers (there are also only female flowers), with four whorls (calyx – corolla – androceo – gynoecium) and pentamers.
The goblets of the flowers are of the type of the puposepalo, gozzuto, sub-bilabiato with pubescent surface for bristly hair and ending with 5 triangular-acute teeth. The lower lip is longer than the upper one. The hairs protrude from the jaws. Length of the glass: 3 – 4 mm. The teeth are 0,5 – 2 mm long.
The corolla, gamopetala, is bilaterally pubescent symmetry, the stamens are four little visible and all fertile. The ovary is supero, bicarpellar. The stylus that is inserted at the base of the ovary is of the filiform and protruding type. The fruit is a schizocarp composed of 4 smooth and hairless nape.

Cultivation –
For the cultivation of the grandson, roughly the same agronomic measures as the sister peppermint and other similar species are worth.
In any case, the nepitella needs full sun or luminous shadow and well drained, even dry soils. It is sown in cold cassone or in pots or is divided at the beginning of spring. If it is desired to grow on larger plots then preliminary mechanical weeding of the antagonistic species is necessary and then weeding the rows between the rows. It is not advisable to use synthetic fertilizers for this plant that can enter into rotation with other species that make use of organic fertilizers.
The nephew collects the leaves before flowering, and they are dried in dry shade. This plant is very rustic and among the diseases we can only fear powdery mildew. The presence of oidium can however be facilitated by a not excessive solarization of the cultivation and by the presence of organic substance in the soil beyond the necessities of this plant. For the cultivation form consult the following contribution.

Uses and Traditions –
The nepitella, also called mint, was however also known in antiquity, when it was used to treat the spastic pains of the internal musculature, especially of nerve origin; in the Middle Ages, imaginative and miraculous properties were attributed to it; current scientific research has shown that in reality this plant has tonic, anti-spasmodic and digestive properties.
This mint was already used by Dioscorides (Anazarbe, about 40 – about 90), doctor, botanist and ancient Greek pharmacist who practiced in Rome at the time of Emperor Nero.
The leaves and flowers are used for therapeutic purposes. In herbal medicine it is used frequently.
The Clinopodium nepeta is used in full, cutting the plant at the height of the ground during flowering or the aerial part, fresh or dried in the shade or in a ventilated environment.
Among the properties of the niece we remember that it is colagogue, expectorant sedative and also antibiotic. For internal use you can obtain an infusion prepared with the leaves or with the flowering tops of mint; it is a good carminative, helps digestion and stimulates liver functions. For the same purpose an enolite is prepared, leaving the drug to macerate in wine, which then is filtered and drunk after meals. For internal use we still remember the essential oil, of which the mint is rich; this gives it antibiotic properties, and therefore the fresh leaves, pounded, help the healing of the small excoriations on which they are applied in cataplasms. The chopped leaves, with an aroma similar to that of mint, are used to flavor meat, fish, vegetables and mushrooms. In fact, the niece is similar to mint in the aroma, Among the various properties, regulates the intestine and helps maintain the well-being of the whole body.