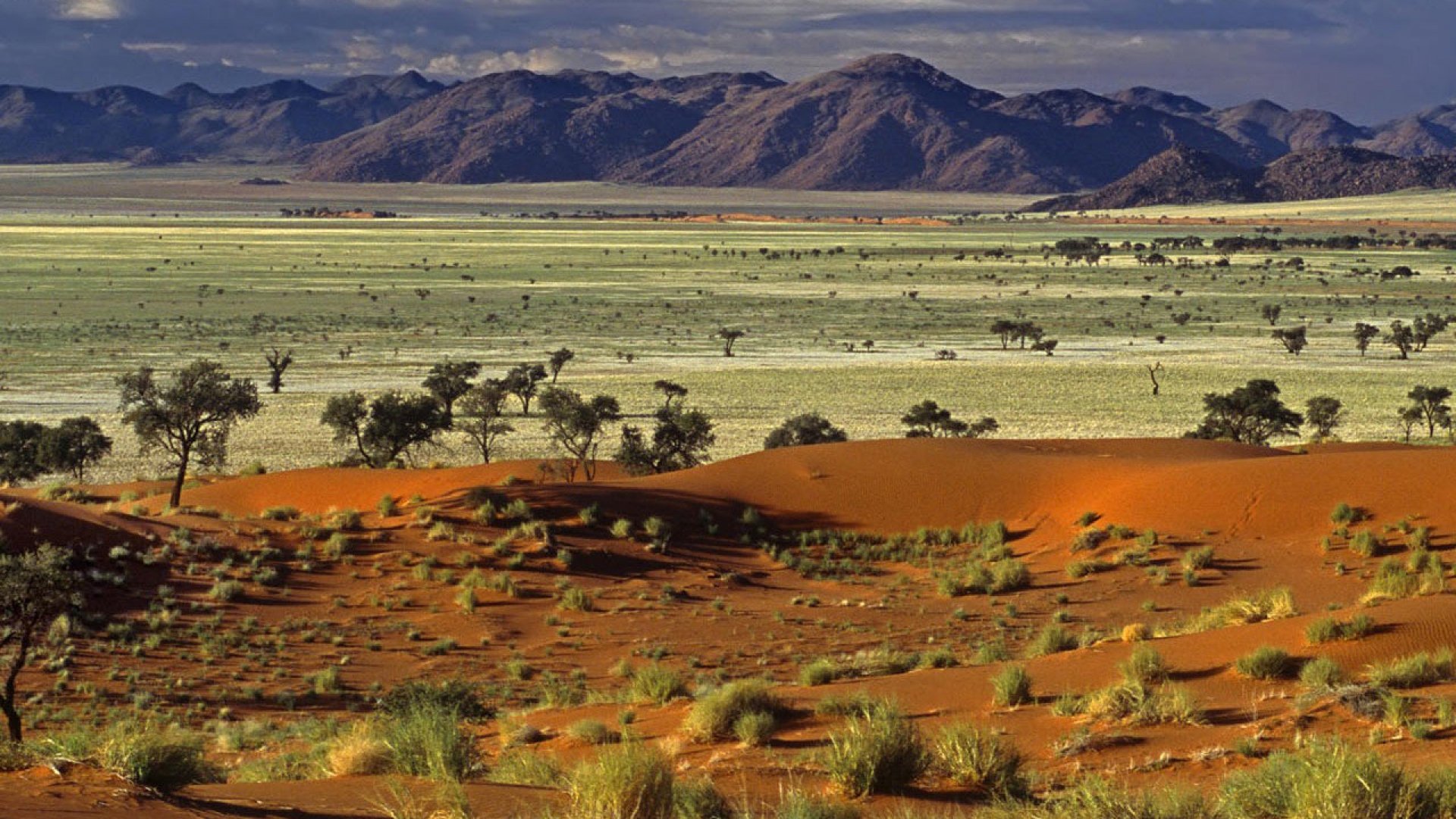 This is a type of vegetation which is found in tropical regions, characterized by grasslands on which are scattered bushes and thin trees of various dimensions. It is characterised by the particular conditions of the soil, periodic fires (caused by lightning or by human intervention) or by the climatic conditions.
The savannas caused by the climate, such as those of west and southwest Africa, develop in regions characterized by an arid climate, with annual precipitations between 100 and 400 mm; such savannas vary from open canopy forests, with a modest presence of grasses, to real savannas, in which, instead, grasses are dominant and the trees are very thin.

With precipitations of only 100 mm a year, only the grasses can bear the arid season; the vegetation expands when the precipitations increase, until it forms a canopy which shadows the grasses when 400 mm a year are reached. In the regions with high precipitations, such as those of East Africa, the vegetation of the savannah is artificially checked through periodic fires that allow the invasion of trees and bushes to stop and favour the growth of new grass. These savannas are wide pastures for great herbivores such as gnus and zebras, which consume the vegetation that has survived the fires; the growth of the forest can, instead, be limited by elephants.
The savannas caused by the conditions of the soil include the llanos of Venezuela and the campos cerrados of Brazil; their soil is covered by a hard crust, formed by iron oxides. The grasses grow above the crust, while the trees grow there only where the roots, following cracks in the crust, can reach the deeper underground waters.