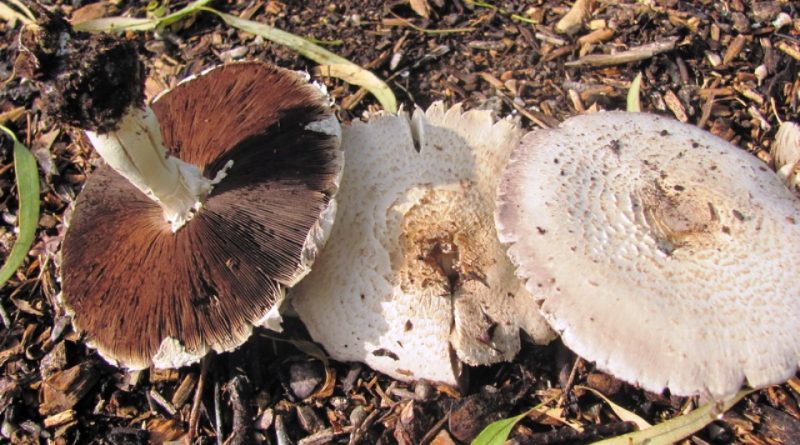 Etymology –
The term Agaricus comes from the Greek αγαρικόν agaricón agaric, (mushroom) of the Agari, because according to the Greek physician, pharmacist and botanist Dioscorides he came from Agarìa, a country of the Sarmatians.
The specific epithet bresadolanus derives from the name of Giacomo Bresadola, Italian mycologist (1847-1929).

Geographic Distribution and Habitat –
Agaricus bresadolanus is an infrequent saprophytic fungus reported in southern Europe and Asia, where it bears fruit, from spring to autumn, singly or in groups along the paths and in the grassy areas of the deciduous woods, in the gardens and in the parks under the trees , in ruderal areas, city flower beds. 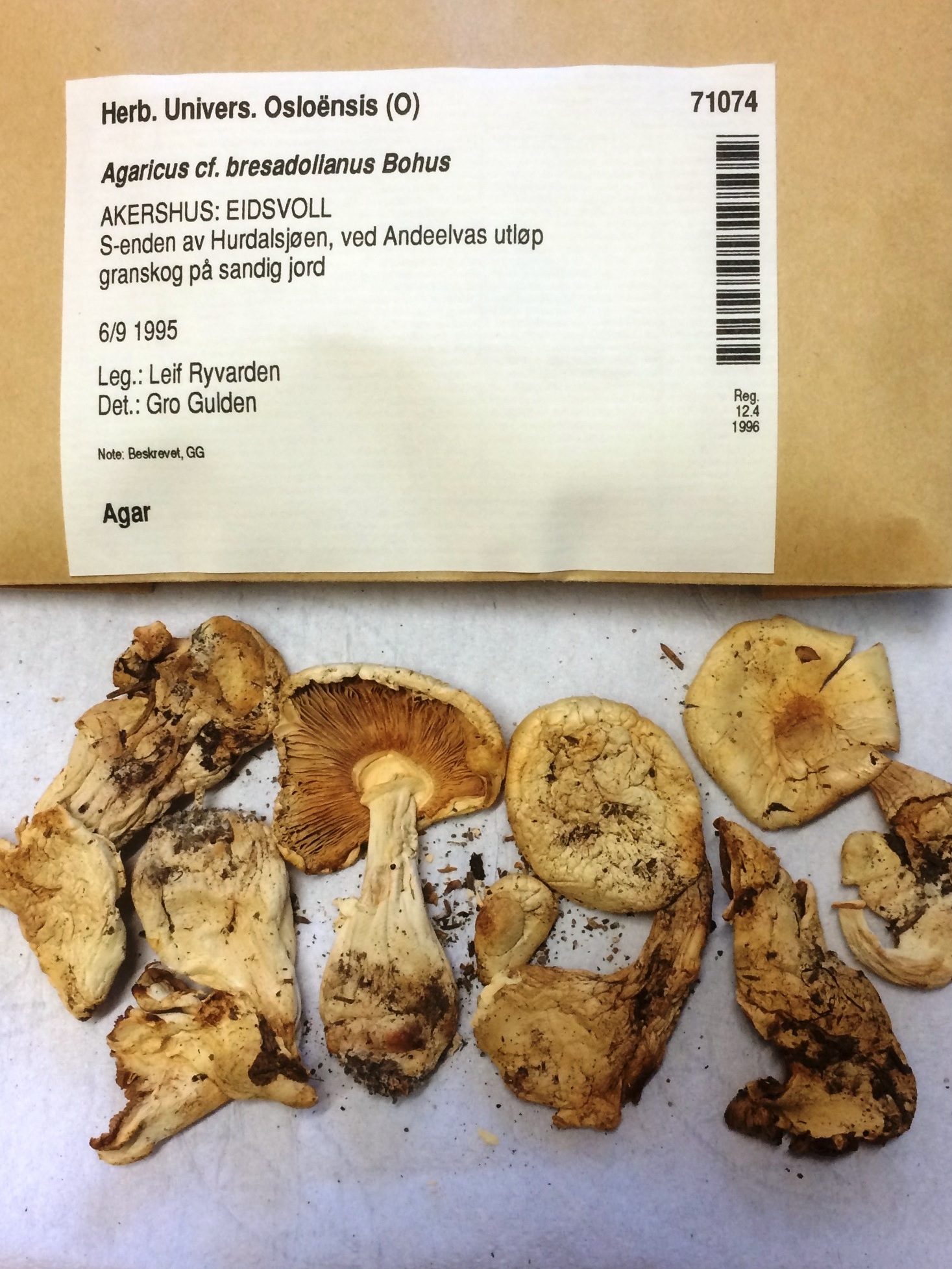 Recognition –
The Agaricus bresadolanus is recognized for having a hat of 4-10 cm, initially convex then flattened, sometimes with a depressed disc area, cuticle first united, then dissociated into concentric triangular brown scales, which thin out more and more towards the margin, which appears whitish, while the disc area remains united, darker, often star-shaped. The scales can be of variable size or they can be removed by the rains, leaving the surface partially unguarded. The hem is often decorated with veil remains.
The gills are free, dense, soon pink, then grayish-pink, finally brown-blackish; finely crenulated lamellar thread, initially whitish, then concolour to the faces or with lighter dots.
The stem is 4-8 x 1-2 cm, shorter than the diameter of the cap, clavate or cylindrical with a bulbous base, white, fibrillar or with brown circles in the lower part, slightly yellowing when rubbed. At the base there is a rhizoid or mycelial cords. Ring: super, thin, wide and membranous, persistent, white.
This mushroom has tender flesh, unchanging white when cut or slightly pink at the base, especially in the bark. The taste is pleasant and the smell of bitter almonds at the base when rubbed, while the hat smells slightly of phenol.
Under the microscope, blackish brown spores can be seen in mass, smooth, ellipsoid, measured measurements: (5.9) 6 – 6.8 (8.9) x (3.9) 4 – 4.6 (5.5) µm. Q = (1.3) 1.4 – 1.57 (1.6). Tetrasporic claviform basidia. Sub-cylindrical to broadly clavate cheilocystidia, often similar to basidioles, sometimes abundant, other times absent or not observed.
The Schäeffer reaction is positive, orange, on the cap and at the base of the stem.

Cultivation –
Agaricus bresadolanus is a toxic fungus, responsible for inconstant gastrointestinal syndrome and therefore of no interest for its possible cultivation, at least not for food purposes.

Customs and Traditions –
Agaricus bresadolanus is a mushroom described by the Hungarian mycologist Gábor Bohus in 1969.
As mentioned, it is a toxic agaric that causes an intense gastrointestinal syndrome.
This species, after molecular analyzes, was synonymous with Agaricus romagnesii, even if for many years it was considered a separate species. The presence or absence of cheilocystidia has been seen to be a variable character as are other characters such as the color change at the base. For the determination remains the constant presence of a robust rhizoid, often branched, and the lack of toning of the flesh except for slight nuances.

Preparation Method –
Due to its toxicity, Agaricus bresadolanus has no food interest so, even to preserve the ecosystems where it grows, harvesting is not recommended.