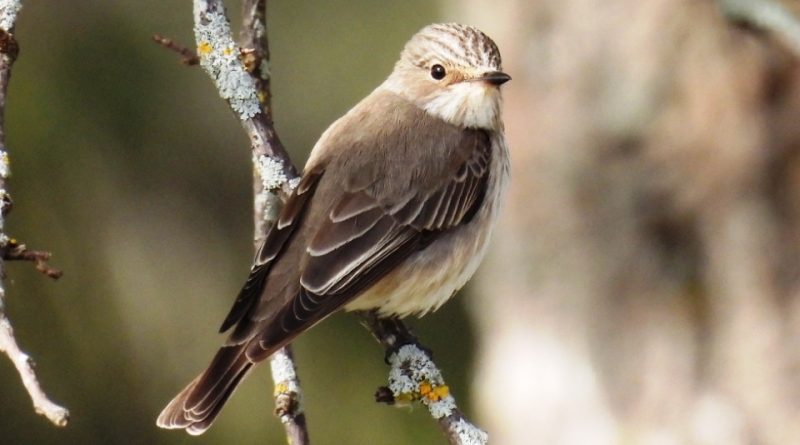 The spotted flycatcher (Muscicapa striata Pallas, 1764) is a small bird belonging to the Muscicapidae family.

Geographic Distribution and Habitat –
The spotted flycatcher is a bird with a range that includes North Africa and all of Europe.
It breeds in most of the regions of Europe, North Africa and Western Asia. As a migratory bird, it hibernates in sub-Saharan Africa and southwestern Asia. In Italy it is both breeding and in step, even if it is undergoing a notable reduction.
Its habitat is that of sunny forests, parks, gardens and orchards where it prefers open surfaces with a number of scattered trees. 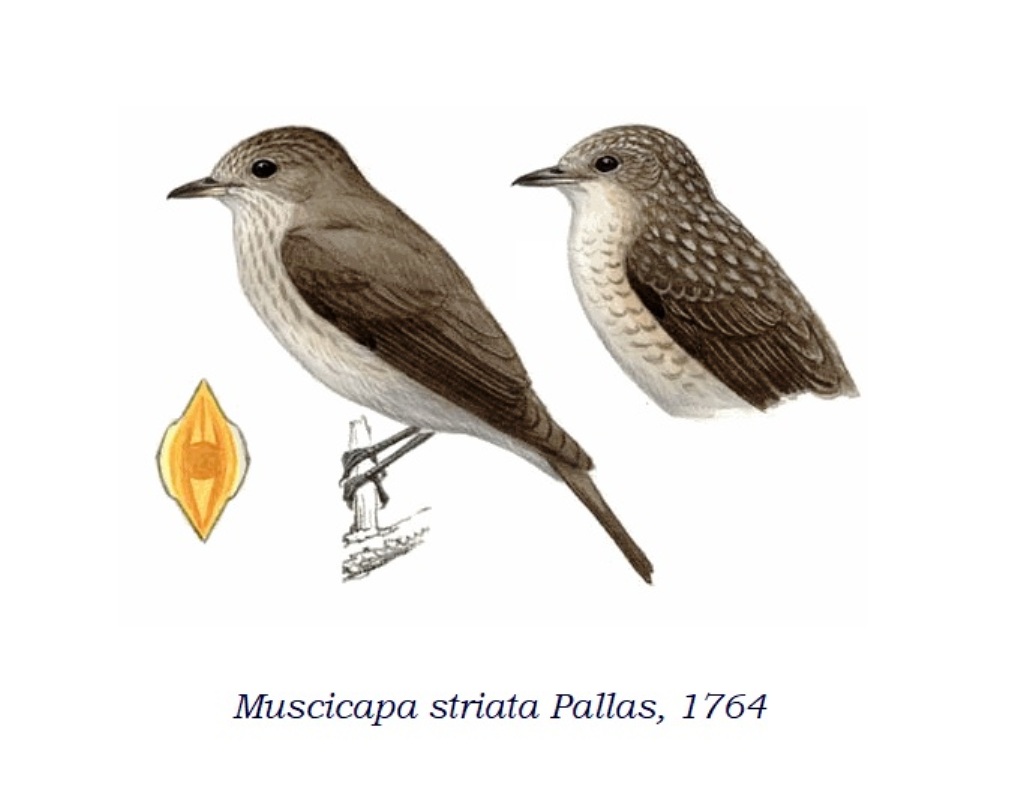 Description –
Muscicapa striata is a passerine bird with a length of about 14 cm, a wingspan of about 24 cm and a weight of about 16 grams.
It is recognized for having an ash brown plumage with a speckled vertex and a slightly barred belly.
The undersides are white with dark stripes.
The legs are short and blackish like the beak.
Note that most passerines moult their primary flight feathers in sequence starting near the body and working outward along the wing. Muscicapa striata has an unusual behavior as it replaces the external remiges before those closest to the body.
The call of this bird is a subtle, soft and high-pitched song, slightly descending in tone.

Biology –
The Muscicapa striata is a bird which usually builds a nest in some cavity, in a cleft of a wall, in a hollow tree or, again, in the thick of some climber, in the period from mid-May to mid-July.
Here it lays 4-6 eggs which hatch after two weeks of hatching.
The children will then be looked after by both parents for an equal period.

Ecological Role –
The Muscicapa striata is a bird that frequents rather varied environments ranging from the edges of tall woods, scrubs with clearings, orchards and vineyards but also urban parks and gardens. The mimetic coloring of this species and its shyness, however, contribute to making its presence often go unnoticed.
This bird feeds on flying insects that it hunts by catching them off guard. It is noticeable because normally in the hunting position it retracts with its wings and tail and then flies upwards for a couple of meters to catch insects. The latter are often hunted starting from a “hunting roost”, a point detected as the top of a pole or the end of a dry branch, where the bird perches, ready to take flight to capture the prey that fly nearby and then return to their roost again.
These birds have some predators, among them the Eurasian jay (Garrulus glandarius Linnaeus, 1758) which feeds on both its eggs and its chicks and the domestic cat (Felis silvestris catus Linnaeus, 1758).