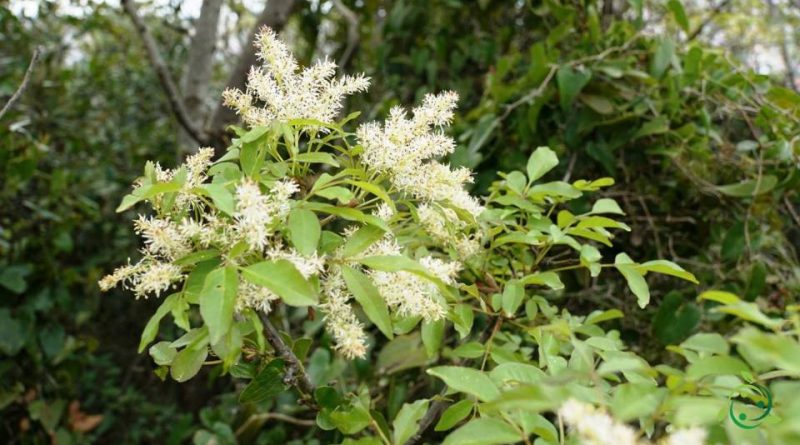 The Manna ash (Fraxinus ornus L.) is a plant of the Oleaceae family native to southern and eastern Europe.

Suitable breeding habitat –
The Manna ash is a widespread plant in southern Europe and Asia Minor. The northern limit of the species is the Alpine arc and the Danube valley while the eastern limit is Syria and Anatolia.
In Italy it is very common throughout the peninsula, from the pre-Alpine belt of the Karst to the Lombard lakes; it penetrates the main valleys up to the heart of the Alps, climbing up the mountain slopes up to 1000 m in the north and 1500 m in the south. In the Po valley it is almost absent; it returns to populate the Apennines (especially the northern and central ones) up to over 1,000 meters high, in particular on those on the eastern side of the peninsula. Rather thermophilic and xerophilic species, it prefers sloping areas to shady and cool valleys. In Sicily it goes up to 1,400 m of altitude. In the western regions it becomes progressively rare, to the point of forming localized types, the distinction of which is however not certain.
Its prevailing habitat is that of woods and forests in association with various broad-leaved trees, such as oak, hornbeam, etc. where it is a plant with great ability to recolonize the forest areas where a fire or a previous old reforestation has occurred, showing high rusticity and sowing.

Propagation –
Fraxinus ornus is cultivated for the extraction of manna in Sicily, at the foot of the Madonie, between 100 and 700 m of altitude. In these areas, cultivation is mainly associated with olive, almond and prickly pear.
This plant prefers calcareous, superficial, sandy, stony or rocky soils, particularly dry and sometimes coexists with oaks, maples and chestnuts, and in general with the species of the high Mediterranean scrub.
Propagation can take place from seed and by grafting. The grafting techniques used are: shield, split and crown. From planting to the first harvest of the manna, 3 to 6 years pass, depending on whether you are starting from scratch, with plants born from seed or with adult plants already grafted. For this reason, in the construction of new ash trees, in Sicily it is preferred to use plants already grafted, in order to reduce the time of the unproductive phase.
An indirect propagation technique is that which exploits the coppicing of the plant.
In fact, to renew the tree, coppicing must be carried out at intervals of 12-25 years.
In practice, the flowering ash are cut flush and the new stump suckers raised directly or by further grafting. By doing this, the manna ash trees are kept young, productive and vital.

Ecology –
The Manna ash is a plant that grows in a vast area of ​​southern and eastern Europe and is most likely colonizing not only the pure thermophilic wood but also the adjacent chestnut wood as long as it is open and airy due to climate change
This is a plant, in addition to being thermophytic, also xerophytic that does not like dark, cold, humid woods, but much prefers sparse, sunny, airy woods with arid, rocky and preferably calcareous or clayey soils.
In the woods of Monferrato in Piedmont, but also in Emilia Romagna, Tuscany, Marche, Umbria and many other areas of Italy, the Orniello is so common in the woods, so much so that it contends for the area with Roverelle, Querce and Cerri, even forming pure groves .
Generally in peninsular Italy, the Orniello is a species always present in the so-called Lauretum, the warm phytoclimatic zone of transition between the coastal forests-Mediterranean scrub and the high hills with chestnuts and then beech trees.