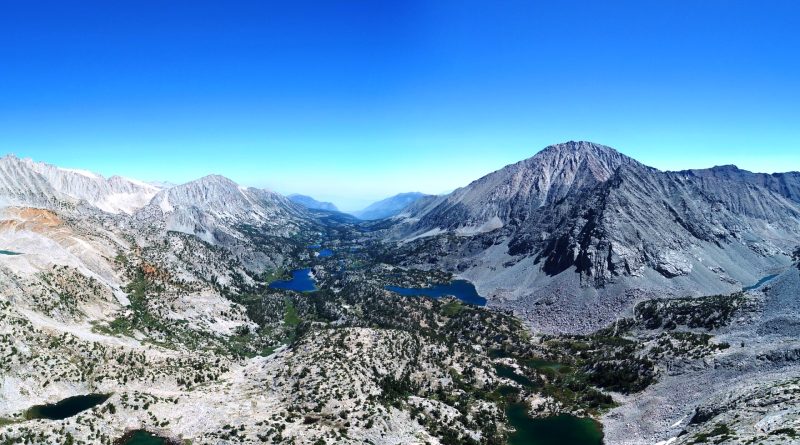 The Sierra Nevada National Park, whose WDPA Codes are: 555549110 and 389011 is a national park in Spain located in the provinces of Granada and Almería, in Andalusia, in the south-east of the Iberian Peninsula.
This park was declared a national park on 14 January 1999 (Law 11/01/1999 n.3) and extends from the Alpujarra to El Marquesado and the Lecrin valley, for a total area of ​​85,883 hectares, an area that is the most great national park of Spain.
The managing body is the Junta de Andalucía.

Geography –
The park includes over 20 peaks over 3,000 meters in the Sierra Nevada, including Mulhacén (3479m), Veleta (3396m) and Alcazaba (3371m). On the northern side of the mountain range rise the Guadalquivir rivers and its major tributaries Fardes and Genil. On the contrary, the rivers that originate in the west and south flow towards the Mediterranean: the Guadalfeo, with its tributaries Dúrcal, Izbor, Trevélez and Poqueirawhich, the Adra and the Andarax with their respective tributaries. Also on the south and west slopes are most of the nearly 50 high mountain lakes of the Sierra Nevada, many of which are also the sources of streams and rivers. Much of the landscape, particularly above 2,400 meters (which was the limit of perennial snow before the Holocene period), has been shaped by the action of glaciers, resulting in characteristic U-shaped valleys.

Flora –
Thanks to its isolated location in southern Europe, the flora and fauna of the Sierra Nevada are unique. During the last ice age, the species moved south to escape the colder climate of the north: when the climate became warm again, these species survived by taking refuge in the high mountains. Over 2,100 plant species have been cataloged within the national park, 116 of which are classified as threatened and more than 60 of which are endemic and unique to the area.
Among the threatened species are Artemisia granatensis, a sub-species of the Marsh Gentian endemic to the Sierra Nevada, and Thalictrum alpinum. One of the most emblematic plants of the Sierra Nevada is the snow star (Plantago nivalis). At the edge of the park is the Cortijuela botanical garden, where endemic species of the Sierra Nevada are studied and preserved

Fauna –
The Sierra Nevada National Park has the highest peaks of the Iberian Peninsula: the Mulhacén (3,482 m.). this mountainous complex was formed during the tertiary period and later became covered with glaciers which left their mark on the peaks. During the Middle Ages, Sierra Nevada was called the Sierra del Sole. Here you can go from a wooded area of ​​mid-mountain to a more rural area typical of the Alpine peaks.
The southern side of this mountainous massif is full of small and picturesque villages that are part of the Alpujarra of Granada.
The park is home to a large population of ibex (Capra pyrenaica hispanica), along with other mammals such as wild boar, marten, badger and wild cat. Native bird species include golden eagle, Bonelli’s eagle, kestrel, owl, eagle owl, goldfinch, serinus, greengrocer, magnanina, monachella, red partridge, and common quail.
In 1986, the Sierra Nevada was declared a biosphere reserve by UNESCO for its fauna. Three years later it became a nature park.
In fact, the Sierra Nevada Natural Park contains a large reserve of protected animal species.
There are also many insects, which hide under the stones due to the strong heat or which, unfortunately, freeze inside the thick blankets of snow. The cows rest and relax, in complete tranquility, on the meadows at the bottom of the valleys.