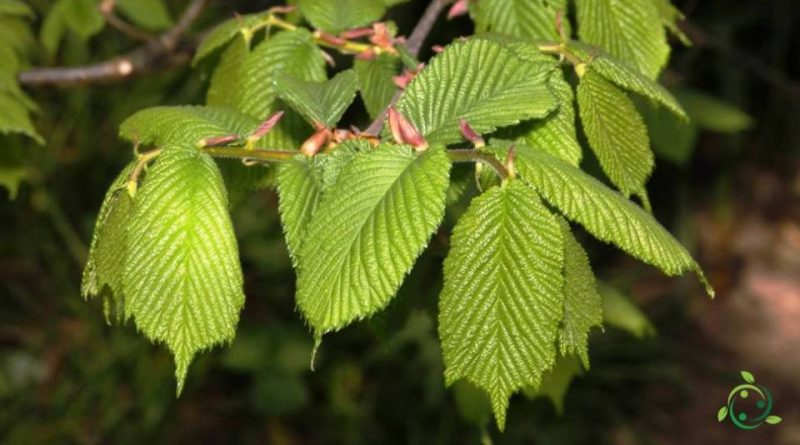 The wych elm or Scots elm (Ulmus glabra Huds.) Is a plant of the Ulmaceae family native to Europe.

Suitable breeding habitat –
The mountain elm is a plant of European origin that grows throughout Europe, from Northern Spain to Scandinavia, the Balkans to the Ural Mountains. In Italy it is widespread in the Alps and the Apennines, in mixed broad-leaved woods, from the hills to the mountains up to about 1,400 meters above sea level, together with other broad-leaved trees. Isolated stations of Ulmus glabra have been discovered on the northern Madonie and Nebrodi in Sicily and today represent the southern limit of the areal distribution of the species in Europe.
In general it is present, as well as in Europe, from east to west of Siberia, from the Caucasus, from Turkey, from Iran and Syria.
Its habitat is typically wooded, in associations with hedges and near water courses.

Propagation –
Ulmus glabra is a moderately shade tolerant plant but requires deep and rich soils such as those typically found along river valleys. The plant is intolerant to acidic or basic soils, growing in slightly acidic soils, it does not tolerate floods, as well as prolonged drought.
Also, although rarely used as a street tree due to its shape, it is very tolerant of urban air pollution.
The propagation of this plant can take place from seed.
When sown in a freshly matured cold environment, it generally germinates within a few days.
The stored seeds do not germinate as well and should be sown in early spring.
The seed can also be harvested “green” (when fully developed but before it dries on the tree) and sown immediately in an unheated seedbed. Under these conditions, it generally sprouts very quickly and produces a larger plant by the end of the growing season.
The young seedlings are then placed in individual pots and grown in an unheated greenhouse for the first winter.
The transplant in the open field must be carried out in spring or early summer (depending on the climatic conditions) but after the last foreseen frosts. Plants should not be left to grow for more than two years in a nursery as they form a tap root which creates transplant problems.
It can also be propagated through the suckers or shoots derived from the coppice government.

Ecology –
The wych elm is a plant that grows in areas with greater presence of water and nutrient-rich soils, mainly distributed near rivers and streams or on alluvial plains.
It is therefore a species that thrives in humid forests but rarely in very humid or flooded areas. It does not tolerate basic soils, growing best in slightly acidic soils.
It grows in mixed deciduous forests, often associated with trees such as ash (Fraxinus spp.), Maple (Acer spp.) And lime (Tilia spp.).
Despite growing in humid places, it can tolerate moderately dry climates with deep soils, preferring slightly acidic and siliceous soils.
Unlike other elms, it is more of a pioneer species, characterized by light needs and fast growing. H a strong ability to reproduce rapidly from root suckers, even several meters apart, forming connections between root systems and, therefore, is often found in groups at the edge of the forest, rarely in pure populations.