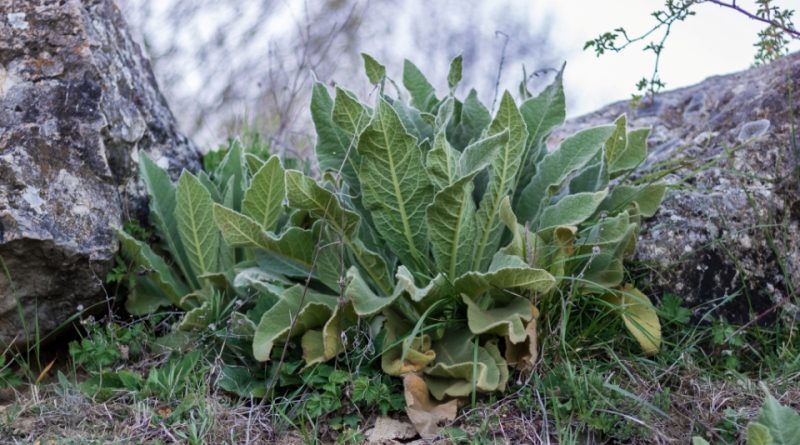 The Denseflower mullein (Verbascum densiflorum Bertol.) Is a herbaceous species belonging to the Scrophulariaceae family.

Etymology –
The term Verbascum comes from verbascum, a plant cited by Pliny who approaches it to Gr. phlomis and enumerates three species, variously identified (Verbascum album, perhaps Verbascum thapsus; Verbascum nigrum or foemina, perhaps Verbascum nigrum; Verbascum silvestre, perhaps Phlomis fruticosa or Verbascum blattaria). It is a much discussed etymology: it has been linked to beard, for hairy leaves, verber rod, virile member verpa, verbum word, magic formula; none of these explanations are satisfactory. The majority of authors, on the basis of the suffix -asco, think of a Ligurian loan, therefore of a pre-Indo-European origin; Wiczak instead approaches it to the name of the mullein in various Iranian languages ​​of Pamir žirmesk, yermesk, ramesk, which he traces back to an ancient Iranian * gari-masca-, equivalent to the ancient Latin * ver-mascum, with the passage to verbascum due of the connection by popular etymology to verbum. While the second part remains unexplained, the first part should be linked to the proto-Indo-European gwrHi- / gwerHi- mountain.
The specific epithet densiflorum comes from densus dense, thick, dense and flos, floris fiore: with dense flowers.

Geographic Distribution and Habitat –
The Denseflower mullein is a species of southern Europe and Asia and also present in other territories.
In Italy it is present throughout the Alps and in the related valleys and in the northern and central Apennines up to the mountains of Basilicata.
Its habitat is that of arid and uncultivated pastures, from sea level to the upper mountain belt. 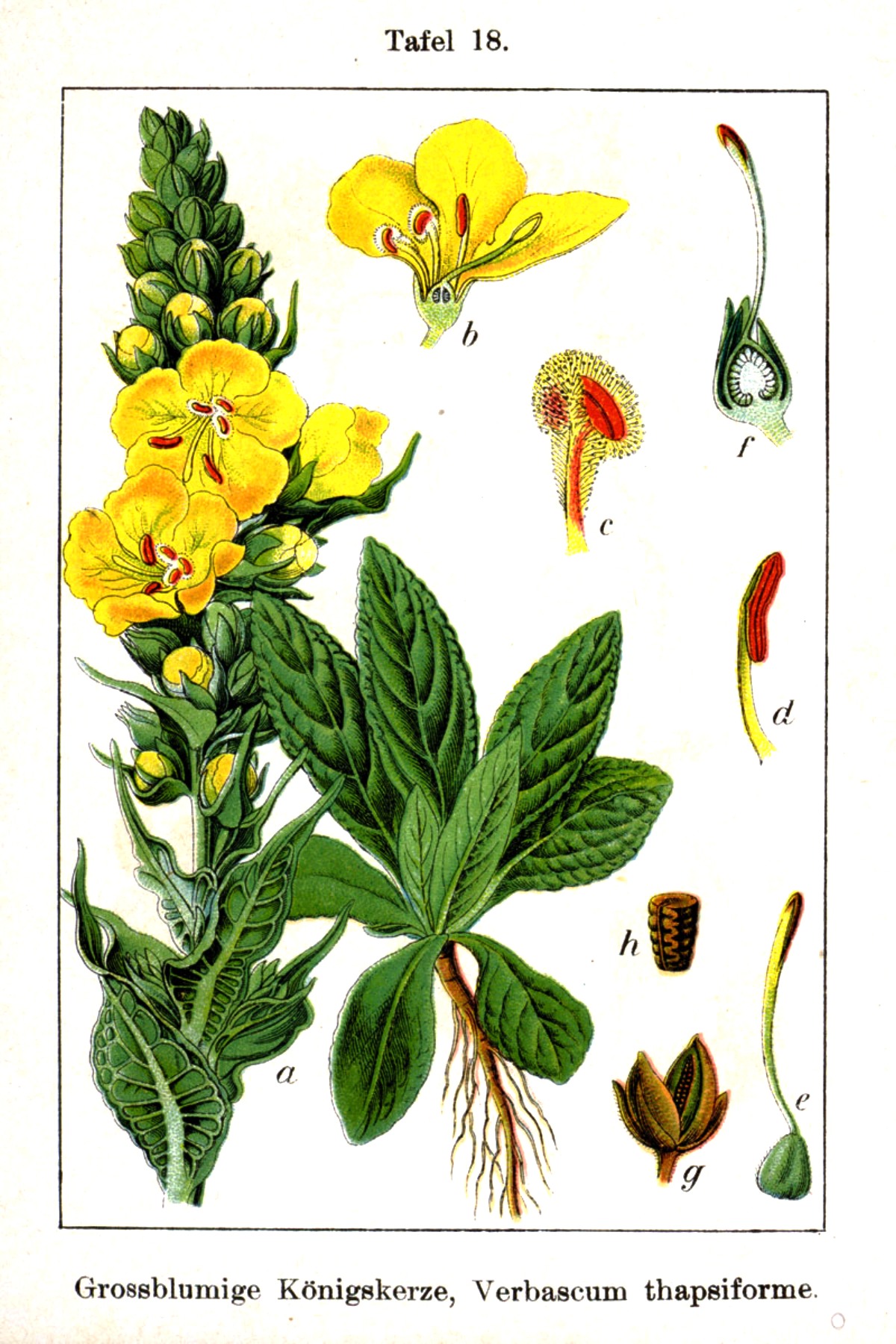 Description –
Verbascum densiflorum is a semi-evergreen rosette, biennial or short-lived perennial, with a dense cover of gray-yellow hairs that normally grows up to 1.20 meters.
The leaves have a basal rosette and arranged one in front of the other on the stem; they have wavy margins that reach 45 cm in length; they are lanceolate-linear, very acute.
The yellow and sometimes white flowers are collected in erect spikes, and have a diameter of up to 5 cm.
The antesis is in the period of July-August.
The fruit is a sepicidal, bivalve capsule, 5-6.5 x 4-5 mm, 1/3 longer than the calyx, ellipsoid, without rostrum, pubescent. Numerous seeds of 0.8-0.9 x 0.5-0.6 mm, prismatic or sub-cylindrical, brownish, with numerous alveoli in vertical rows.

Cultivation –
Verbascum densiflorum is a biennial plant that is mainly used in its natural state for local use as a medicine.
It grows in nature in ruderal environments, expanses, railway embankments and similar sunny and dry locations.
This plant can be grown in most of the soils (including chalky) as long as they are well drained, even dry, preferring a sunny position while it does not like shade and humid soils.
Plants are hardy down to around -20 ° C.
The species hybridizes with other members of the genus, although the offspring are generally sterile.
Propagation occurs by seed; sowing should be done in spring or early summer in an unheated seedbed with light seed cover.
Germination usually occurs within 2 – 3 weeks. The young seedlings are then placed in individual pots and transplanted in summer with distances between the rows and in the inter-row of 30 cm.
The seed has a long vitality.

Customs and Traditions –
Verbascum densiflorum is a plant found in central and southern Europe, in Asia Minor and in other temperate areas.
The plant has a medicinal use as both the flowers and the leaves are anodyne, antiseptic, astringent, emollient, expectorant and vulnerary.
Infusions and tinctures are prepared.
In herbal medicine, flowers and leaves are therefore used for the following remedies:
– Cough;
– Pharyngitis;
– Tracheitis;
– Anti-inflammatory;
– Bronchitis;
– Diuretic;
– Sedative.
Inside the stem there are glycosides, flavonides, flavonoids, hesperidin, mucilage, saponins, phytosterols, verbascosaponin, hesperidin, harpagoside, iridoids, rutin, lutedin, apigenin, aucubin.
In the flowers we find essential oils that contain: phenyl carboxylic acid, caffeic acid, ferulic acid, protocatechic acid, carbon hydrates, poppy-like alkaloids.
From an ecological point of view it is a plant very frequented by bees and other pollinators, giving a good supply of nectar or pollen, and producing good honey.
As for possible contraindications, there is currently insufficient evidence on the safety of using mullein flowers during pregnancy and breastfeeding. Its use for cough in children under the age of 12 is not recommended, it should be treated by a doctor.

Preparation Method –
From Verbascum densiflorum both flowers and leaves are used.
The plant is harvested when it is in bloom and must be dried quickly and carefully so as not to lose its medicinal qualities.
An infusion is used internally in the treatment of various respiratory ailments including cough, bronchitis, asthma, and throat irritations.
An infusion of fresh or dried flowers in olive oil is used to treat earaches, sores, wounds, boils, etc.
You can make a tea; in this case it is necessary to pour about 150 ml of boiling water on 1,5-2 grams of finely chopped mullein flowers, filter after 10-15 minutes. To make the most of it, it is advisable to prepare the infusion in cold water, filter after 2 hours and bring to a boil briefly.