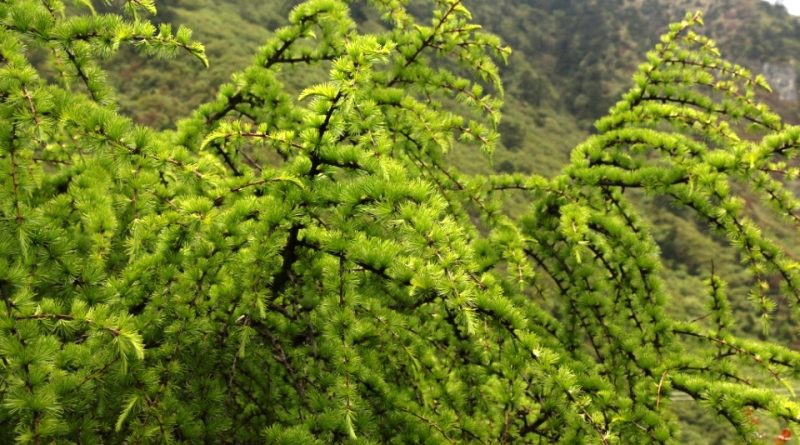 The Sikkim larch (Larix griffithii Hook.f.) is an arboreal species belonging to the Pinaceae family.

Etymology –
The term Larix comes from the Latin name of the larch, assonant with the Greek term λᾶρός láros pleasant, referring to the aroma
The specific epithet griffithii is in honor of William Griffith (1810-1845), British naturalist and botanist.

Geographic Distribution and Habitat –
Larix griffithii is a conifer native to the eastern Himalayas in eastern Nepal, Sikkim, western Bhutan and southwestern China (Xizang).
Its habitat is that of areas between 1,800 and 4,100 meters above sea level. 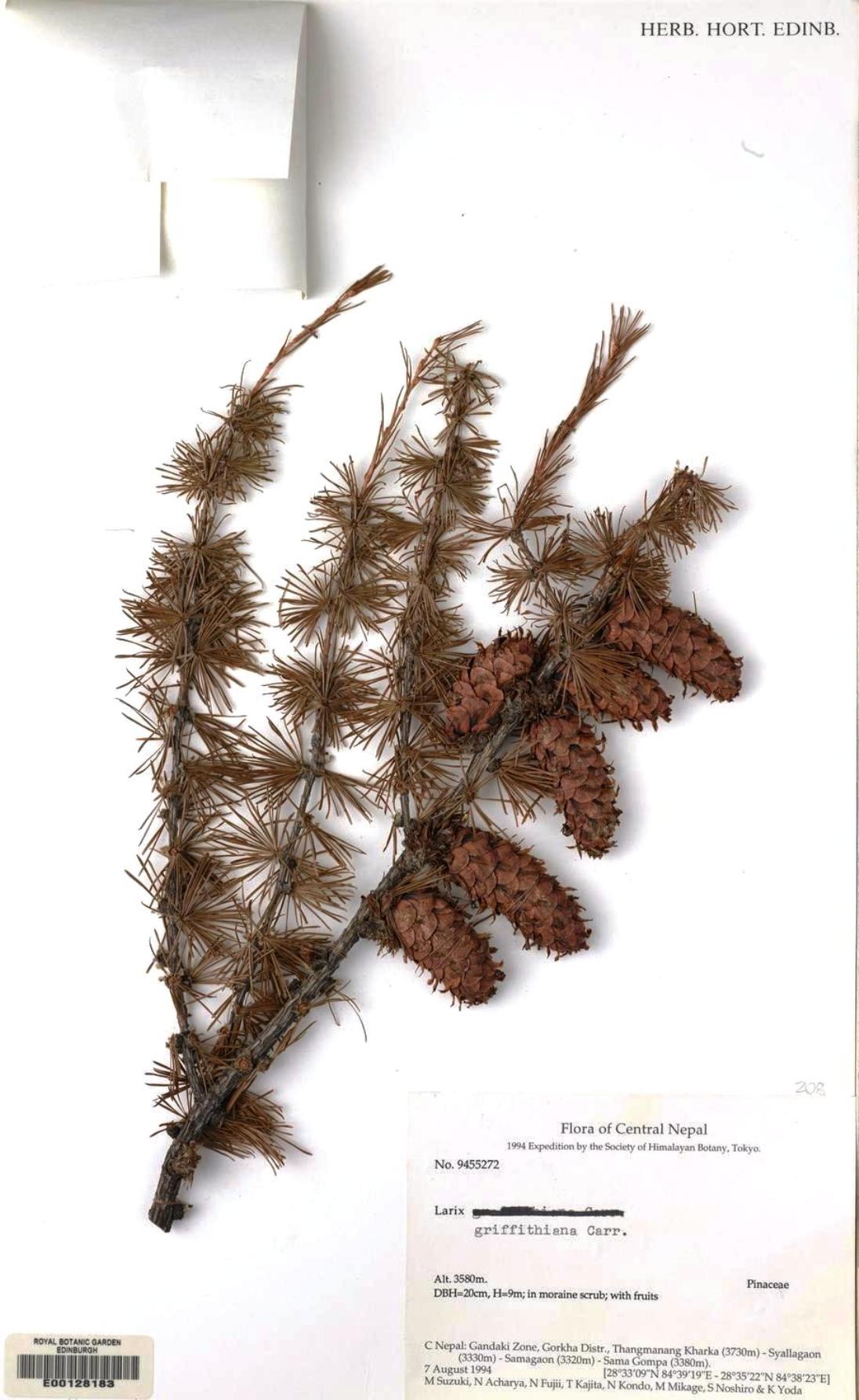 Description –
Larix griffithii is a medium sized deciduous conifer reaching 20-25 m in height, with a trunk up to 0.8 m in diameter.
It has a slender and conical crown; the main branches are parallel to raised; the lateral branches are pendulous. The shoots are dimorphic, with growth divided into long shoots (typically 10–50 cm long) and carrying several buds, and short shoots only 1–2 mm long with a single shoot.
The leaves are needle-like, light glaucous green, 2-4 cm long; cpn color that turns from bright yellow to orange before falling in autumn, leaving pale yellow-brown shoots bare until the following spring.
The cones are erect, ovoid-conical, 4–7.5 cm long, with 50-100 seed flakes, each scale carrying a long and reflected basal bract; they are dark purple when immature, turn dark brown and open to release seeds when ripe, 5-7 months after pollination. Old cones commonly remain on the tree for many years, turning dull black-gray.

Cultivation –
Larix griffithii is a conifer present in the eastern Himalayas and present in eastern Nepal, Sikkim, Bhutan, Arunachal Pradesh (India) and Tibet (China: Xizang), at altitudes of 3000-4100 m.
The plant withstands temperatures as low as -17.7 ° C and -12.2 ° C.
Propagation occurs by seed.

Customs and Traditions –
Larix griffithii was discovered by William Griffith during his botanical explorations of Sikkim and Bhutan. Sir Joseph Hooker sent seeds to Kew in 1848 from E. Nepal and from these plants were bred and widely distributed, although most could not resist frost or larch aphid.
The wood from this plant is used for construction, rail links and furniture, and the bark produces tannins. The species is also used for reforestation.

Preparation Method –
Larix griffithii is a conifer that is used for its timber and for the extraction of tannins while no particular food and medicinal uses are known.