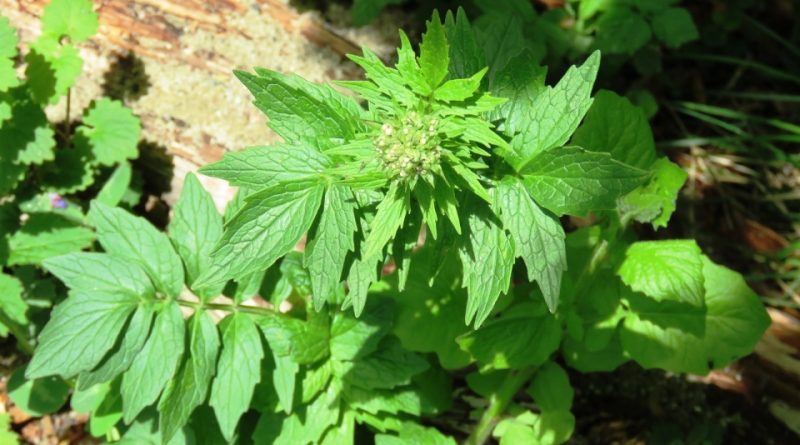 Etymology –
The term Valerian comes from the medieval Latin valerian, attested from the 10th century, at the origin of the vulgar name in many European languages ​​including Italian, of a disputed etymology; the most accredited hypothesis traces it back to the diocletian province Pannonia Valeria, in western Hungary, where the plant would have been abundant; others connect it to the verb to be in good health, due to its officinal virtues (more likely a case of a posteriori paretymology); others to different characters named Valerius or Valerianus; others derive it from ted. baldrian (and not vice versa), which could be connected either with the god of light Baldur or with the hero Wieland, alluding to the magical properties of the plant as a demon-warder.
The specific epithet excelsa means sublime, very high, which surpasses.
The name sambucifolia is in reference to the genus Sambucus (from sambucus, Latin name of the elder in Pliny and Columella; according to some, the Latin name derives from the Greek σαμβύκη sambúke sambuca, a stringed musical instrument that is supposed to have been made using elder wood; according to others for the similarity of the epicormic shoots of the elderberry with the strings of the elderberry) and at the end folium leaf: with leaves similar to those of the elderberry.

Geographic Distribution and Habitat –
Valeriana excelsa subsp. sambucifolia is a plant of dubious origin and present in Europe on the hills.
Its habitat is that of the piedmont, mountainous and subalpine plateaus in humid woods, banks, wooded streams between 600 and 1,800 m. s.l.m. 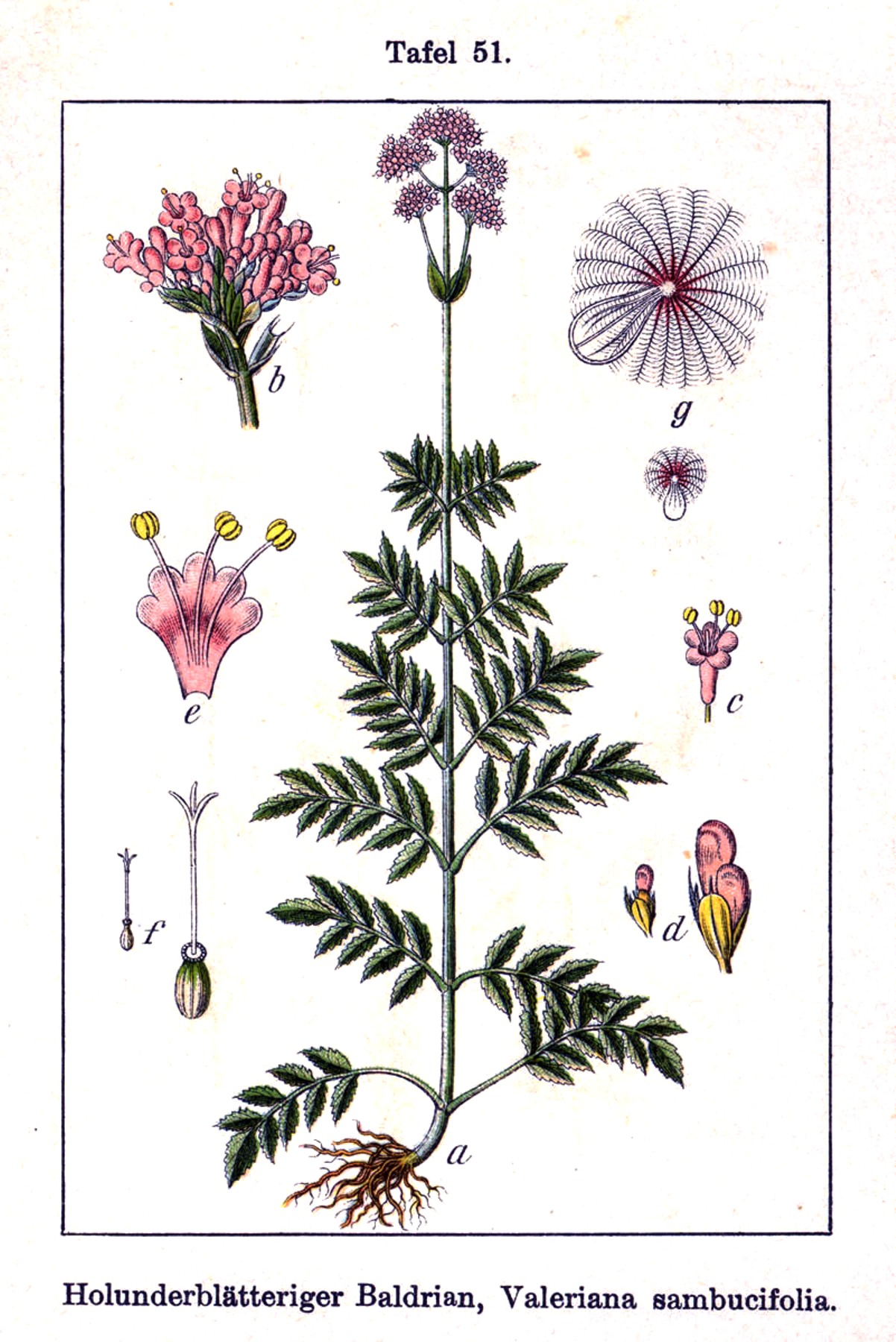 Description –
Valeriana excelsa subsp. sambucifolia is a herbaceous plant with well developed epigeal and hypogeal stolons.
The leaves are glabrous, with the cauline in 4-9 pairs with abundant, obtuse or acute toothed margins; the apical segments decidedly wider than the lateral ones, with a glabrous underside or with a few appressed hairs of 0.3-0.8 mm only on the ribs.
The flowers are slightly scented and are gathered to form a particular type of inflorescence called corymb; they are hermaphrodites, with reduced calyx and corolla with 5 petals, tubular and with a pink-lilac color; the androecium is composed of 3 stamens, the gynoecium by a tri-carpellar pistil with an inferior and unilocular ovary.
Flowering takes place between June and August and pollination is entomogamous (through Insects).
The fruit is a striated achene with feathery bristles deriving from the modification that the small teeth of the calyx undergo with maturation. Their presence helps their dispersion by means of the wind.

Cultivation –
This subspecies of Valerian is a perennial plant that is not always easily distinguishable and that is mostly collected in nature for local use as food, medicine and source of materials. It was once widely cultivated.
This plant can be grown in many types of soils but it is a calcifuge species which therefore requires a basically acidic pH.
Propagation occurs by seed. Sowing should be done in the spring in the open field or in pots, taking care to lightly cover the seed.
If planted in a seedbed, you can then proceed with the transplant in the open field when the seedlings have issued the first leaves.
It can also propagate by division of the larger tufts in the late spring period.

Customs and Traditions –
Valeriana excelsa subsp. sambucifolia belongs to a poorly differentiated entity with poorly defined and rather variable discriminatory characteristics even within the same population for which some descriptions or sightings may result in certain cases to be evaluated or unreliable.
Like the rest of the valerian genus, it boasts medicinal properties that have been exploited since ancient times as a sedative in discomfort and sleep disorders, but also in states of agitation. For this purpose, it is often combined with hops, lemon balm, or other herbs that promote sleepiness.
It is considered an alternative herbal remedy or a method of reduction / elimination from drug therapy (sleeping pills); a further medical application of valerian is in psychosomatic conditions related to anxiety and psychological stress, such as: nervous asthma, hysteria, excitability, hypochondria, headache and migraine, stomach acid and gastritis, emotional diarrhea and nervous colitis.
Some use valerian to reduce depressive symptoms, mild tremors, epilepsy, Attention Deficit / Hyperactivity Disorder (ADHD), chronic fatigue syndrome (CFS), muscle and joint pain and menstrual cramps and symptoms associated with menopause (hot flashes, irritability etc. ).
The drug consists of roots and rhizome, in which numerous substances are contained, including valepotriates (0.5-1.2%). These components are the basis of the phytotherapeutic properties of valerian. Unfortunately they are unstable compounds and easily degrade when subjected to heat, humidity or acid pH. This fragility of theirs would explain the inconstancy of the drug’s therapeutic effects.

Preparation Method –
Valeriana excelsa subsp. sambucifolia is a rarer plant whose rhizome and roots are used which can be harvested and dried for later use.
Essential oils are extracted from these.
Valerian extracts and oil are also used as flavorings in foods and beverages.