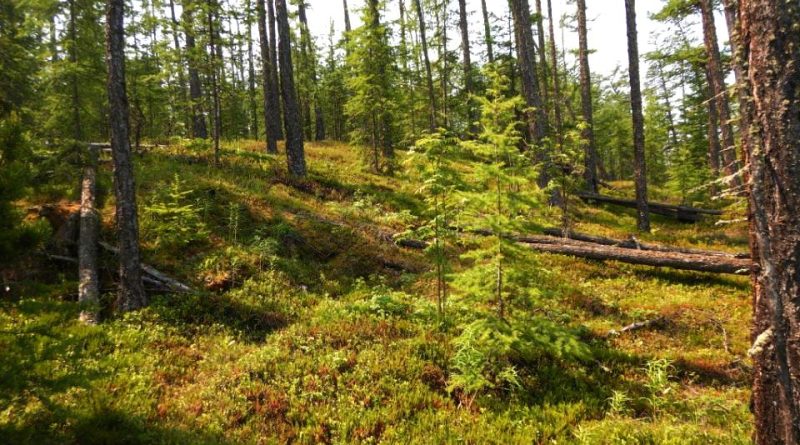 The Czekanowski Larch (Larix × czekanowskii Szafer) is an arboreal species belonging to the Pinaceae family.

Etymology –
The term Larix comes from the Latin name of the larch, assonant with the Greek term λᾶρός láros pleasant, referring to the aroma.
The specific epithet czekanowskii is in honor of the Polish geologist, AP Czekanowski, who studied the Lake Baikal basin in Siberia in the early 1860s and who was its first collector of botanical material for this tree.

Geographic Distribution and Habitat –
Larix × czekanowskii is a conifer native to Russia from central Siberia from Lake Baikal along a wide strip that extends to the mouth of the Yenisei River. 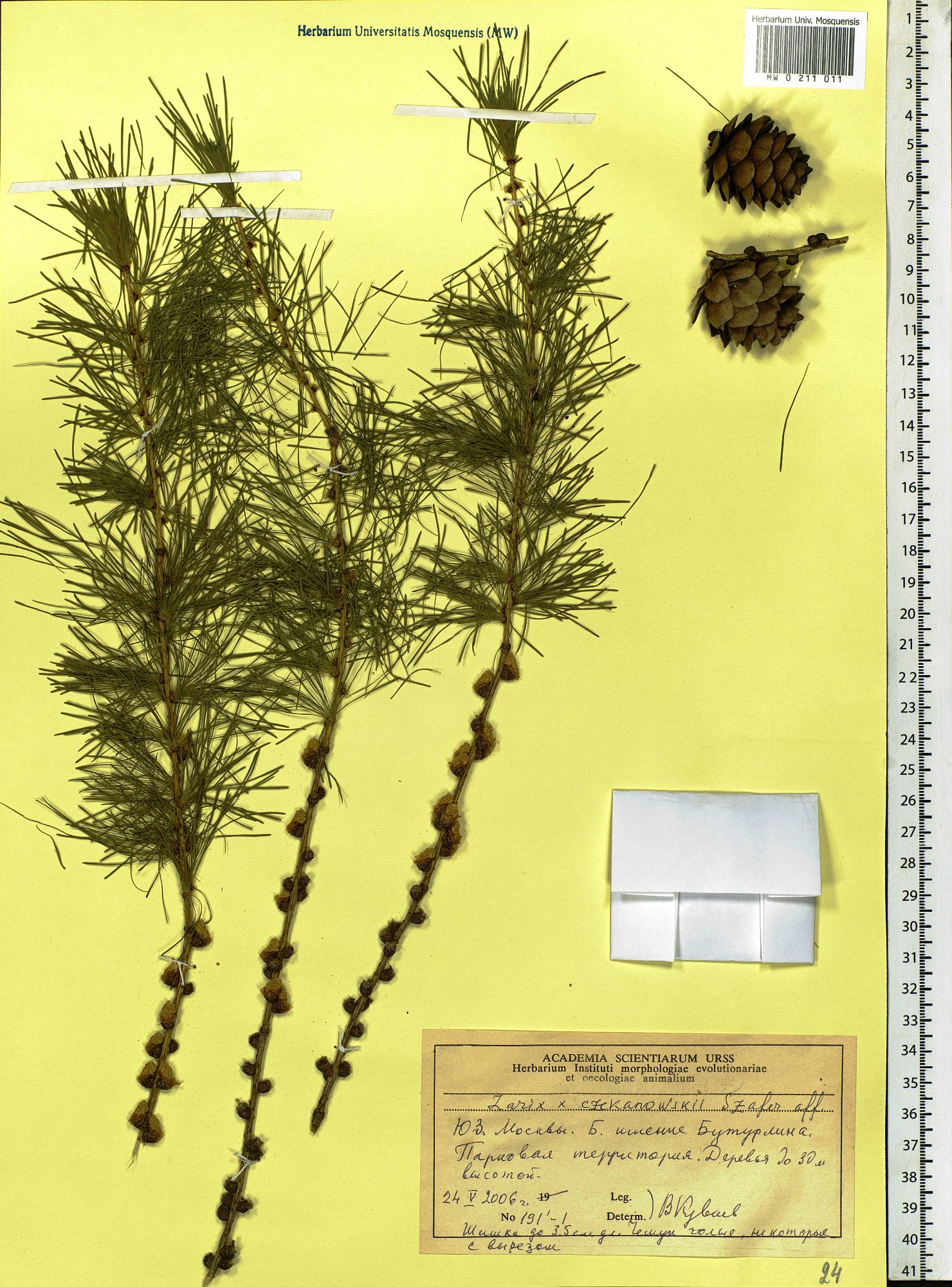 Description –
Larix × czekanowskii is a plant with characters that overlap with those of its two closely related parental species, namely: Larix sibirica and Larix gmelinii.
The leaves are short needles of pale green color which, as in the genus Cedrus, are collected in groups of 20-40 individuals and carried on brachiblasts. The crown is pyramidal and sparse, with branches carried horizontally to the trunk, even if some species have them characteristically pendulous.
The seed cones are about 3 cm long, small for a Siberian larch and too large for a Dahurian larch. Seed scales also differ, folding outward at maturity, somewhat like those of the Japanese larch (L. Kaempferi), rather than being flat or folding inward.
Furthermore, the seed scales are somewhat reddish and hairy on the outer faces, intermediate to the densely pubescent scales of the Siberian larch and the generally hairless scales of the Dahurian larch.
This hybrid does not exhibit the hybrid vigor found in Dunkeld larch (L. × marschlinsii).

Cultivation –
Larix × czekanowskii is probably a hybrid between the Siberian larch (Larix sibirica) and the Dahurian larch (Larix gmelinii).
This conifer grows in an area ranging from central Siberia to Lake Baikal along a wide strip that extends to the mouth of the Yenisei River.
The species can be propagated by seed.

Customs and Traditions –
Larix × czekanowskii was first described in 1913 by Władysław Szafer (1886-1970) and is commonly known as Czekanowski’s larch. It is a natural hybrid of larch, between the two species, the Siberian larch (Larix sibirica) and the Dahurian larch (Larix gmelinii).
This species, like all larches, has a slender posture, with a wide and deep root system and finely cracked wrinkled bark in irregular plates. The wood is two-tone, with salmon pink heartwood and yellowish white sapwood.
The species was used for its timber.

Preparation Method –
Larix × czekanowskii is a conifer of which no particular food or medicinal uses are known.