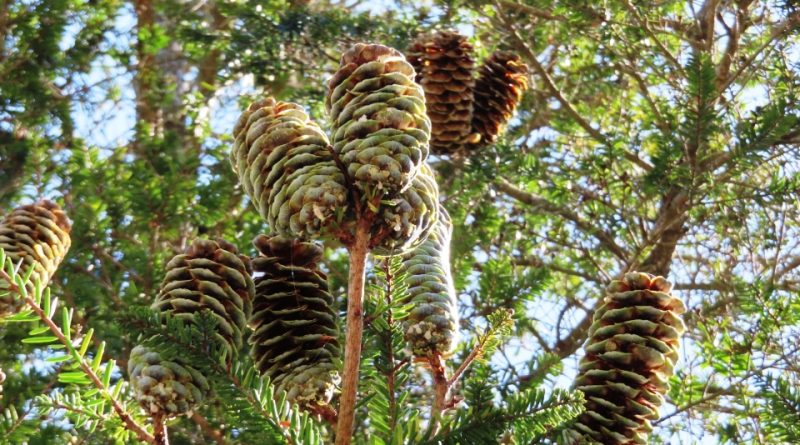 Fortune’s Keteleeria (Keteleeria fortunei (A. Murray) Carrière) is an arboreal species belonging to the Pinaceae family.

Etymology –
The term Keteleeria The genus name Keteleeria honors JB Keteleer (1813–1903), a French nurseryman. The group is related to the genera Nothotsuga and Pseudolarix. It differs from Nothotsuga for its much larger cones, and from Pseudolarix for its evergreen leaves and cones that do not disintegrate easily when ripe.
The specific fortunei epithet is in honor of the Scottish botanist Robert Fortune, who discovered the tree in 1844.

Geographic Distribution and Habitat –
Keteleeria fortunei is a conifer native to Southeast Asia (Hong Kong and China) and present in China (Fujian, Guangdong, Guangxi, Guizhou, Hunan, Jiangxi, Yunnan, Zhejiang), Hong Kong and Vietnam; however the report in Vietnam is attributed to an incorrect identification of immature specimens of Pseudotsuga sinensis.
Its habitat in southern China is that of the mountains near Fuzhou, where it was seen and determined by Fortune in 1844, who propagated its seeds and where it grows in hills, mountains and deciduous forests at altitudes of 200–1400 m. 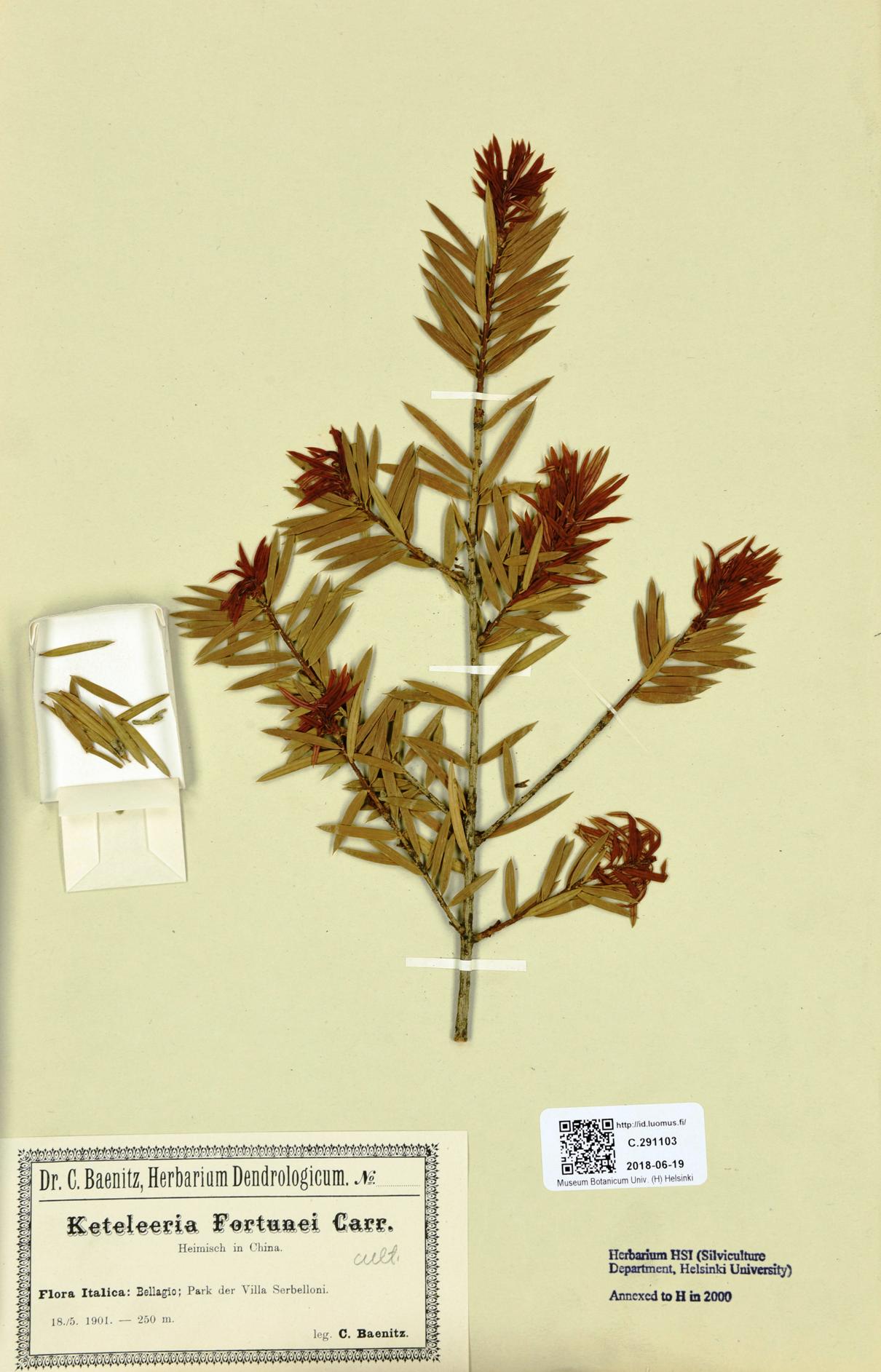 Description –
The Keteleeria fortunei is a conifer that grows up to about 24 m in height, with a habit resembling the Cedrus libani.
It has horizontal and scattered red-orange branches, slender, with scattered hairs. The buds are ovoid, rounded at the apex, with numerous keeled scales.
The leaves of young trees are linear, rigid, 2.5-3 cm long, with thorny tips. Those of mature trees are 12-31 mm, rounded or slightly pointed at the apex.
The cones are cylindrical, of 10-18 × 3-5 cm (or 7,5 cm of width if expanded), on robust hairy peduncles about 2,5 cm long, of a purple or brownish color when ripe; larger and wider scales at the apex of K. davidiana, the widest part (about 3 cm) being over the middle, the upper edge rounded and slightly toothed.
The seeds are about 2 cm long with a 3 cm wing, both seed and wing larger than in K. davidiana, bright brown, the seed is greyish in the lower part.

Cultivation –
Keteleeria fortunei is an evergreen conifer that resists minimum temperatures between -6.6 ° C and -1.1 ° C.
In nature it grows at altitudes between 200 and 1400 m. s.l.m. where it grows in hilly and mountainous places together with broad-leaved trees.
The plant is also grown as an ornamental in warm climates, and the wood is used in construction and furniture, although the species is protected by Chinese forest regulations.
Propagation occurs by seed.

Customs and Traditions –
Keteleeria fortunei, in Chinese: 油杉, you shan, is an evergreen conifer native to Hong Kong and China.
It is a tree that is used in its natural state for its timber that is used in construction and furniture, even if it is a plant protected by Chinese forest regulations.
However, the tree is also grown as an ornamental and for its timber.
The species is classified as endangered in the IUCN Red List.

Preparation Method –
Keteleeria fortunei is a conifer of which no particular uses are known for medicinal or food use.
The plant is exploited in nature for its timber.