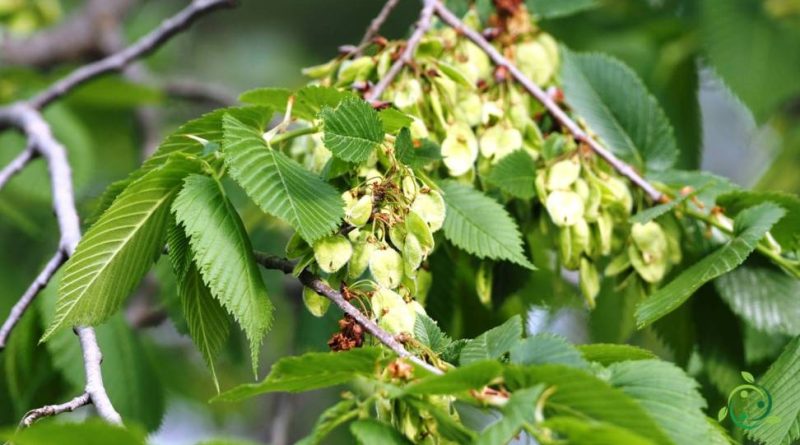 The European white elm (Ulmus laevis Pall., 1784) is a large tree of the Ulmaceae family native to the plains of Europe.

Suitable breeding habitat –
Ulmus laevis is a broad-leaved tree native to central-eastern Europe and is widespread in alluvial valleys.
This typically European species has a natural range extending from central-northern France to Russia (Urals, Crimea); in the north it reaches as far as southern Finland, in the south as far as northern Greece. Disjointed populations are found in Spain (where it may be an ice age relic) and the Caucasus.
In its natural range, the ciliated elm rarely exceeds the altitude of 400 m.
In Italy it is sporadically present in the center-north, but its indigenous is considered doubtful by many authors: in short, it would be a species planted during reforestation and cultivation in the woods, also due to its lower sensitivity to graphiosis.
It has also been planted in various parts of the world (notably in England, North America, China and Australia), but none of these are truly common.

Propagation –
European white elm is a plant that prefers fertile and fresh soils, rich in nitrogen and with neutral or sub-acid pH.
It can be propagated sexually through its seeds and in this case the sowing must be carried out in the seedbed, in the autumn period, with transplanting of the young seedlings in the spring.
During the first year the seedlings will be shaded and irrigated in the spring – summer period in order to allow the maintenance of a suitable level of humidity in the soil, without, however, causing water stagnation.

Ecology –
The European white elm is a meso-hygrophilous species, that is, it finds the best growing conditions in moist but not swampy soils. However, it bears for a short time even soils very rich in water or, on the contrary, moderately dry. The ability to tolerate soil situations that are significantly different from the optimal one, is a feature that unites many species of elm.
In these areas it prefers half-shade situations.
Like the other elms, in southern Europe it is often governed by coppice due to its good sucking capacity and the fact that the trunk is hardly straight and cylindrical. In northern Europe it has better bearing. Difficult to split, it is often used as firewood or to make parquet or, if governed by high forest, in cabinetmaking.