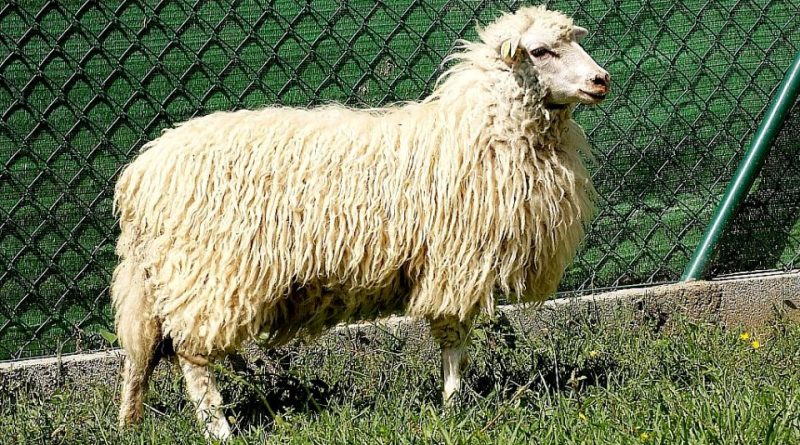 The Galician sheep breed is a sheep (Ovis aries Linnaeus, 1758) originally from Galicia, Spain, with a main aptitude for meat production.

Geographic and Area Distribution –
The Galician is a sheep breed distributed in small communities scattered throughout the Galician territory and, largely, in Ourense, Spain, south of Lugo and west of Pontevedra.
In the past it practically extended to the entire Autonomous Community of Galicia in Spain.

Origins and History –
The Galician is an indigenous Galician sheep breed whose number of heads, after a period of decline, has significantly improved in recent years. In 2012, the total number of Galician sheep was 4,548 (3,862 females and 686 males) distributed in 110 herds.
However it is still an indigenous Spanish breed in danger of extinction. The name derives from the breeding area (precisely Galicia).
There are two distinct ecotypes of this breed: the Mariñano or the ‘low areas’, and the Montaña, the ‘high areas’.

Morphology –
The Galician is a sheep of relatively small stature, with a coat that is all black or white in color.
Males develop horns in the form of double spirals, while in females, horns are usually tiny when they exist.
As mentioned, there are two ecotypes: the first ecotype (Mariñano) generally has heavier sheep, around 35-40 kilograms in females and 50-70 kilograms in males; to the second (Montaña), smaller breed sheep belong.

Productive attitude –
The Galician breed has unique characteristics that make it ideal for extensive breeding: rusticity, great resistance to disease, prolificacy, fertility, longevity, good milk production and excellent maternal character. All this gives it a perfect adaptation to the orography and climatology of Galicia, being a very suitable sheep in the exploitation of the natural resources existing in the Galician countryside.
The exploitation systems are extensive or semi-extensive. In the Mariñano ecotype we find herds of less than 5 heads, accompanying the cows, sharing pastures, and sometimes a stable. In the highlands, where the Montagna ecotype is exploited, in the province of Lugo, it is normal for the herd to consist of 25 – 40 sheep that sometimes live with goats, while in the Orense mountains the herds vary between 100 and 200 individuals.
From this breed, with a main productive aptitude for meat and, to a lesser extent, for milk, dairy lambs are typically produced, slaughtered at 50-60 days, with a live weight of 12-14 Kg., Which provide a carcass of 6-7 Kg .; these are animals in great demand in their breeding area. In the same way, a heavier (22-23 Kg.) And older lamb is produced, often raised on pasture and less representative of the suckling lamb.