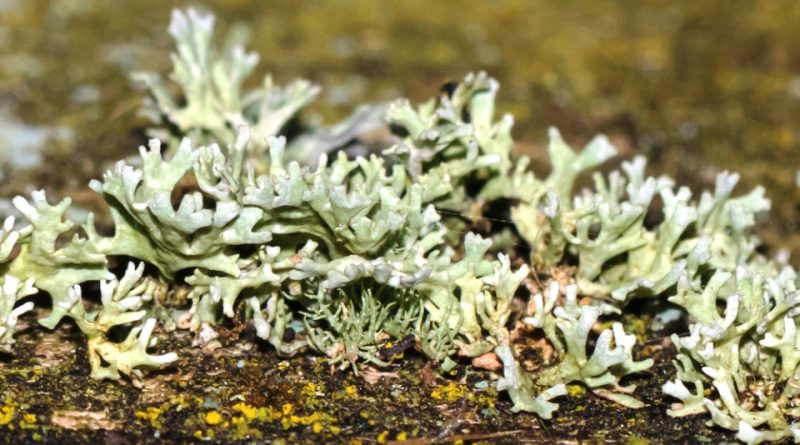 Geographic Distribution and Habitat –
Usnea glabrata is a lichen that grows on the bark and is widespread throughout Europe, although it is probably locally extinct in some locations.
Its habitat ranges from the sub-Mediterranean belt / hills with potential vegetation of mixed broad-leaved forests dominated by Quercus and Carpinus, to the subalpine belt, with potential vegetation of open taiga forests dominated by Larix decidua and / or Pinus cembra and Rhododendron. Here it grows on bark, sometimes on wood, in cold-humid, but open climates. 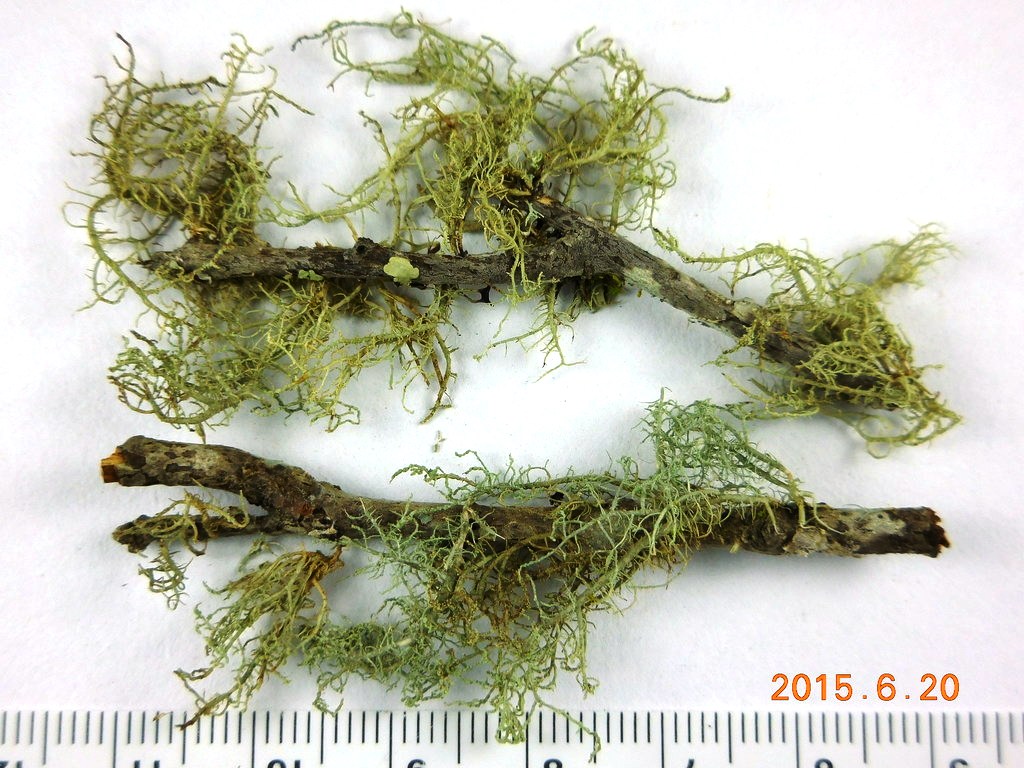 Recognition –
Usnea glabrata is a lichen with thallus generally less than 5 cm tall, ± erect, tufted, with main branches 1-1.5 mm in diameter, strongly swollen, markedly articulated and restricted at the point of attachment, richly branched with frequent fibrils ± attached at right angles; the small branches are often curved due to the large development of sorali on one side.
Its surface is gray-yellowish, tending to intense brown in the herbarium, not blackened at the base.
Smooth bark, shiny throughout, almost always without distinct papillae or tubercles.
Conspicuous soralia, generally exceeding the width of the branch, mostly eruments, convex-globular, coarsely granular, whitish, located mainly towards the apexes.
Absent isidiomorphs.
Very relaxed marrow, thin axis.

Cultivation –
Usnea glabrata is a lichen that grows mainly in the high mountain and subalpine belt. Lichens are very sensitive to pollution, so much so that they are used as indicators.
For this reason it is in decline or extinct in some territories and in decline throughout the Alps.
They grow on trees, bushes, rocks and soil of temperate and humid climates, both in the presence of broad-leaved trees and other species such as Pinus spp.

Customs and Traditions –
Usnea glabrata was first described as a variety of Usnea plicata by Erik Acharius. Finnish lichenologist Edvard August Vainio transferred it to the Usnea genus in 1915.
It is a lichen widely used in traditional medicine.
The plant body is used to make medicines, also used for weight loss, pain, fever and wound healing, and to ease cough with phlegm.
It is also used directly on the skin, in case of sore throat and for athlete’s foot.
It is believed that the ancient Greek physician Hippocrates used it to treat urinary disorders and is considered a treatment for wounds and inflammation of the mouth and throat in South African folk medicine.
The whole genus Usnea is rich in usnic acid and polyphenols; lichen is made into tinctures, teas and supplements, as well as being added to various products such as medicinal creams.
Usnic acid, one of the main active compounds in usnea, can help promote wound healing.
There is also evidence that usnic acid can protect against Staphylococcus aureus bacteria, which are often responsible for skin infections.
However, it is currently unclear whether the amounts of usnic acid found in some skin care creams are sufficient to provide the same benefits. Therefore, further human studies are needed.
Usnea is rich in polyphenols, a type of antioxidant that helps fight cell damage caused by unstable compounds known as free radicals. In fact, some test-tube studies suggest that usnic acid can help prevent the growth of cancerous cells and kill cancerous cells while selectively avoiding non-cancerous ones.
However, further studies and insights are needed.
Among the contraindications, it should be noted that when this lichen or its extracts is taken orally, usnic acid, the main active compound in usnea, has been linked to several cases of severe liver failure. In fact, it seems that diffratic acid, a compound of Usnea, is toxic to the liver if used in quantity.
Children and pregnant or lactating women should avoid it completely, while everyone else should use it with caution.
For this reason, the intake of Usnea glabra, like other lichens of the genus, must be followed under strict medical advice, since the product is not yet safe in certain dosages.

Preparation Method –
Usnea glabrata is a lichen used since ancient times for medicinal use and, in recent times, also for cosmetic use.
It is found commercially under various formulations and extracts and it is common to take it orally or applied directly to the skin.