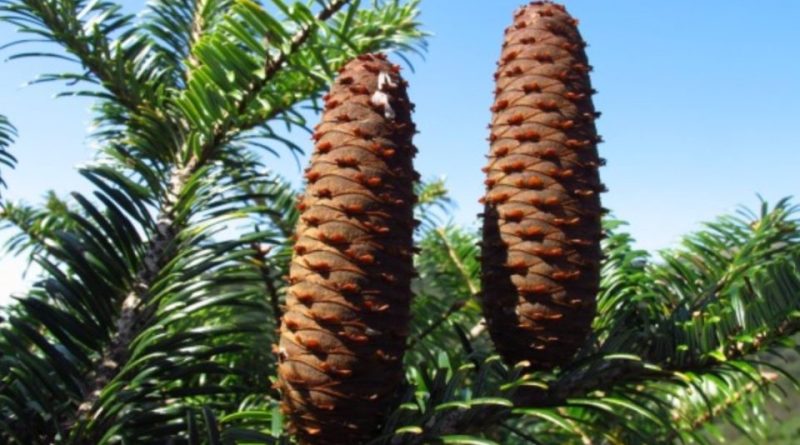 The Ziyuan Fir (Abies ziyuanensis L.K.Fu & S.L.Mo, 1980) is an arboreal species belonging to the Pinaceae family.

Etymology –
The term Abies comes from Abies which is the classical Latin name (Virgil, Egloghe, from the Sanskrit root abh gush of resin); according to another interpretation it would derive from the Greek word ἄβιος = long-lived.
The specific epithet ziyuanensis refers to the county of China where it was found (Ziyuan Xian).

Geographic Distribution and Habitat –
Abies ziyuanensis is a rare conifer, endemic to 4 separate locations located in China, one in Rongshui Xian county in the North East of Guangxi (Yuanbao Shan) and 3 in the South West of Hunan (Ziyuan Xian, Xingni, Chenbu).
According to sources, its habitat is located in a hilly area at 1400-1800 m altitude in North East Guangxi (Ziyuan Xian), South Hunan (Chengbu Miaozu Zizhixian, Ling Xian, Xinning Xian) and West Jiangxi (Jinggang Shan). However, an older description, by Farjon (1990), places it in North East Guanxi (Yuanbao Shan, 2081 m, and nearby mountains) and South West Hunan (type position: Yinzhulao Shan; between Tongdao, in Ziyuan Xian, and Chengbu, along the border between the two provinces), and therefore limited to the highest mountains in Guangxi (2000-2100 m). 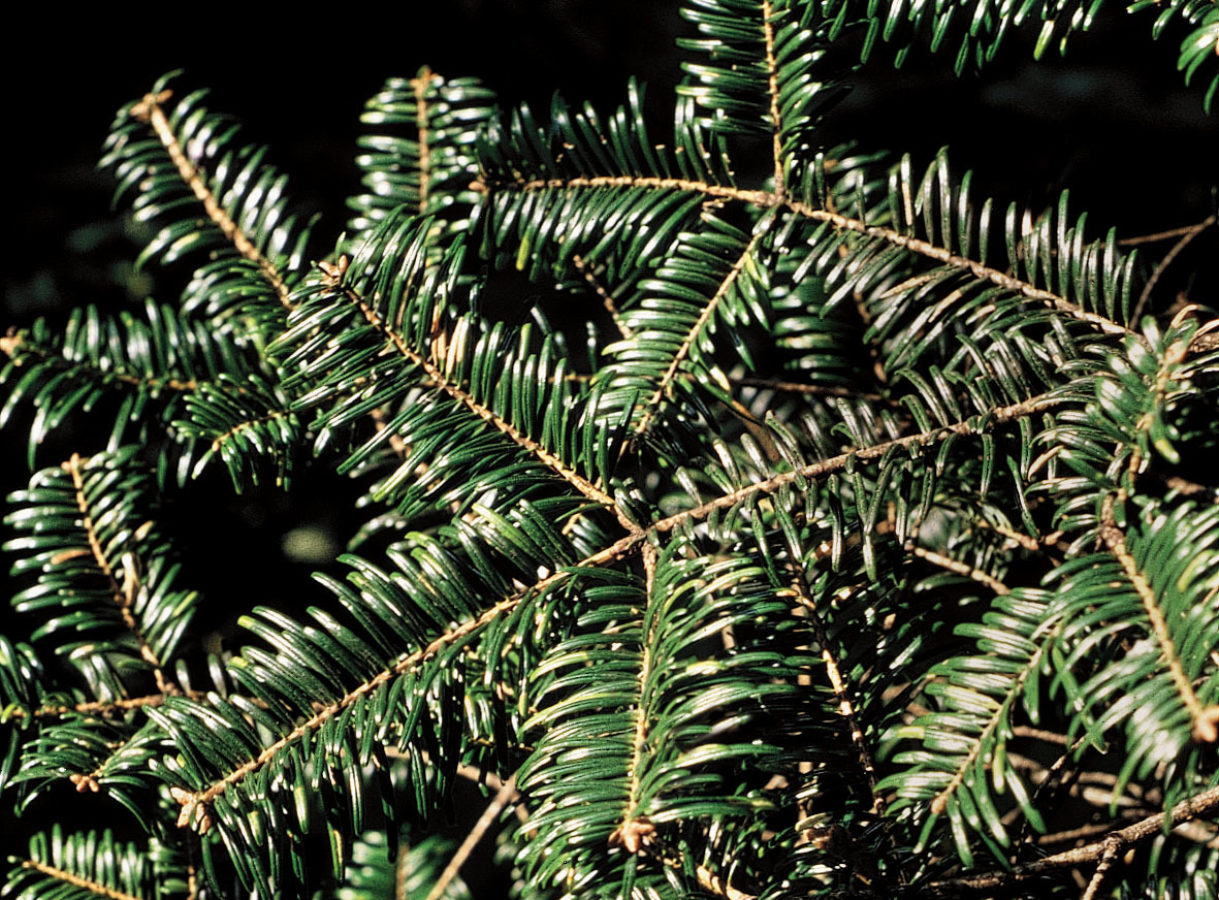 Description –
Abies ziyuanensis is a conifer that grows up to 30 m, with a single columnar trunk that can reach 0.9 m in diameter, and branches that branch out horizontally; the shoots are robust, initially light yellow or yellowish-brown, then black-brown around the fourth year of age, when they become furrowed on the surface.
The bark is initially smooth and gray but over time becomes irregularly grooved and wrinkled, pale gray in color.
The leaves are needle-like, linear in shape, up to 15-35 mm long, with a serrated tip; they have stomata arranged in two white bands on the lower face. Arranged in a spiral and turned upwards in the terminal part of the shoots, they are arranged in a comb in two lateral lines in the initial part. The buds are ovoid-conical, covered with white resin, with triangular pearls of yellow-light brown color.
Male strobili are axillary, oblong-cylindrical, about 20 mm long, yellow with red microsporophylls.
The female cones, initially green or yellowish-green, brown-dark when ripe, are cylindrical-ellipsoidal, 7-12 cm long and up to 3.5-4.5 cm broad, with persistent armpits; they have peduncles up to 10 mm long. The scales are trapezium-shaped, flabellate, rarely also reniform, 2.3-2.5 cm long and 3-3.3 cm broad. Their bracts are 21-23 mm long, with a cusp tip. The seeds are almost triangular in shape, about 10 mm long, of a purple-gray color, with an ax-shaped wing part; they ripen in autumn.

Cultivation –
Abies ziyuanensis is a tree that grows at average mountain altitudes of 1650-1750 m in a cool and very humid rainy climate (2100-2400 mm of piggoia) with an average annual temperature of 9-12 ° C and winter lows of -10 ° C; winter is very snowy and lasts 4-5 months.
It shares its habitat with other conifers in mixed forests dominated by deciduous trees. At higher altitudes it is replaced by Abies yuanbaoshanensis in Yuanbao Shan.
The plant can be propagated by seed and its multiplication is important for the conservation of the species.

Customs and Traditions –
Abies ziyuanensis is a rare fir of which less than 2000 mature specimens have been estimated; however, recent estimates would bring the number to less than 600 trees but the largest sub-population does not count more than 250.
It is therefore classified as an Endangered Species in the IUCN Red List, also because its range is very fragmented, present in only four locations subject to risk of ecosystem degradation mainly due to animal species that forage with young plants.

Preparation Method –
Abies ziyuanensis is a conifer whose medicinal or food uses are unknown, also due to the small size of its specimens.