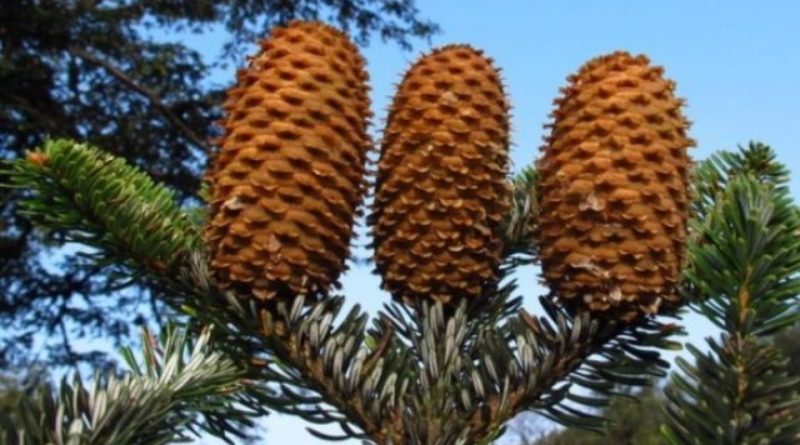 Etymology –
The term Abies comes from Abies which is the classical Latin name (Virgil, Egloghe, from the Sanskrit root abh gush of resin); according to another interpretation it would derive from the Greek word ἄβιος = long-lived.
The specific yuanbaoshanensis epithet refers to the mountain where the species was discovered.

Geographic Distribution and Habitat –
Abies yuanbaoshanensis is an endemic conifer of a small area of ​​about 4 hectares on the Yuanbao Shan mountain, located in China’s Rongshui Xian county in northern Guangxi.
Its habitat is limited to a single growth area characterized by a very cool and humid climate, with annual rainfall exceeding 2000 mm, cool and cloudy summers and winters that last 4-5 months with abundant snowfall. It shares its habitat with other conifers (for example Tsuga chinensis) and deciduous trees with a prevalence of Fagaceae. 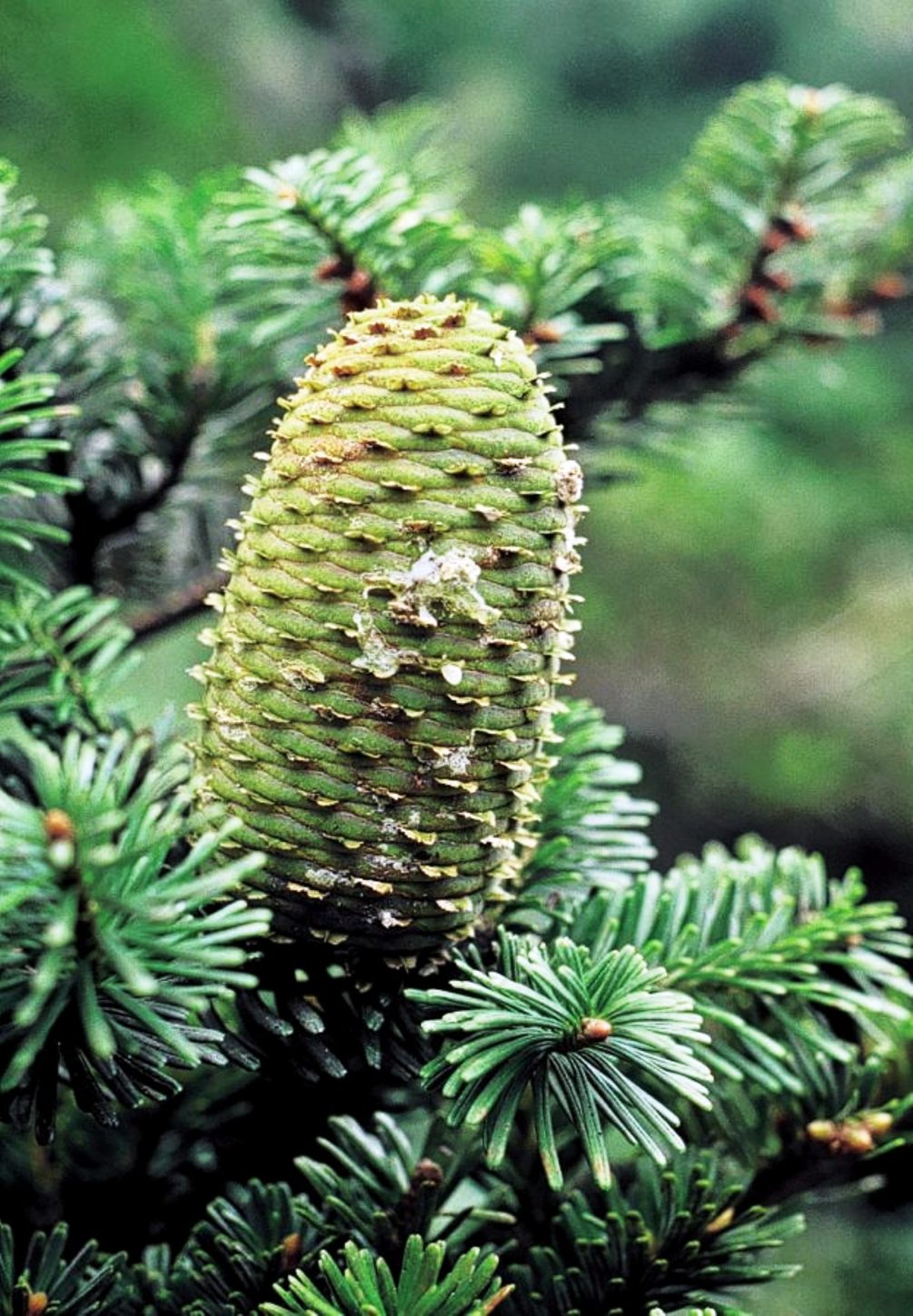 Description –
Abies yuanbaoshanensis is a conifer up to 25 m tall, with a trunk that can reach 0.6 m in diameter, with foliage similar to that of Abies forrestei.
The bark is initially smooth, with the passage of time it becomes wrinkled and furrowed, divided into small plates in older trees.
The branches of the first order branch out horizontally from the single straight trunk; those of the second order are ascending at the tip. The shoots are slender and hairless, first yellowish-brown, then brown.
The leaves are needle-like, dark green above, with two white bands below, up to 10-27 mm long, with revolute margin and arranged in a spiral; they have stomata absent on the upper face and arranged in two wide bands on the lower face. The buds are ovoid-conical, very resinous, with reddish-brown pearls, persisting even for years.
Male strobili are axillary, oblong-cylindrical, 10-15 mm long; they develop singly on short branches.
The female cones, initially green or green-yellowish, brown-yellowish when ripe, are ovoid-cylindrical, 8-9 cm long and up to 4.5-5 cm broad, with narrow and obtuse tips; they have short and almost sessile peduncles. The scales are wedge-shaped, flabellate, superficially smooth and with exposed parts densely covered with greyish hair. The seeds are oblong-cuneate or oblong-obovate, about 10 mm long, resinous and dark red-brown, with a cuneate wing part with a truncated tip, of 9-11 mm.

Cultivation –
Abies yuanbaoshanensis is a plant that grows in a very limited range, present in a single location and with a few mature and fruitful specimens in continuous decline; aggravating the situation, the harsh winter of 2008 caused a further death of trees. The establishment of the strictly protected area is not considered sufficient for the conservation of this species, which would require an ex-situ cultivation program to preserve its survival.
The highest mountains in Guangxi, such as Yuanbao Shan, have a very cool and humid climate, with annual rainfall exceeding 2,000 mm. Summers are cool and cloudy, winters last four to five months and bring heavy snowfall from December to March. This species is found in mixed deciduous and coniferous forests with other conifers (eg Tsuga chinensis) and deciduous trees.
Propagation can occur by seed.

Customs and Traditions –
Abies yuanbaoshanensis was first described in 1980 by Lu Yong-Jun and Fu Li-Kuo, it is commonly known as Yuanbaoshan fir or as 元宝山 冷杉 in Chinese. It appears to be more closely related to A. forrestei.
It is a species whose entire population is located within an area of ​​4 hectares. The population is estimated at 589 plants and the population structure is unbalanced between old (senescent) and young individuals, with very few middle-aged plants.
For this reason it is a species that is therefore classified as critically endangered on the IUCN Red List.

Preparation Method –
Abies yuanbaoshanensis is a conifer which, due to its very limited diffusion and presence, has no interest in food or medicine, nor in the use of timber. On the other hand, the possibility of a recovery program for the species also outside its growth range is important.