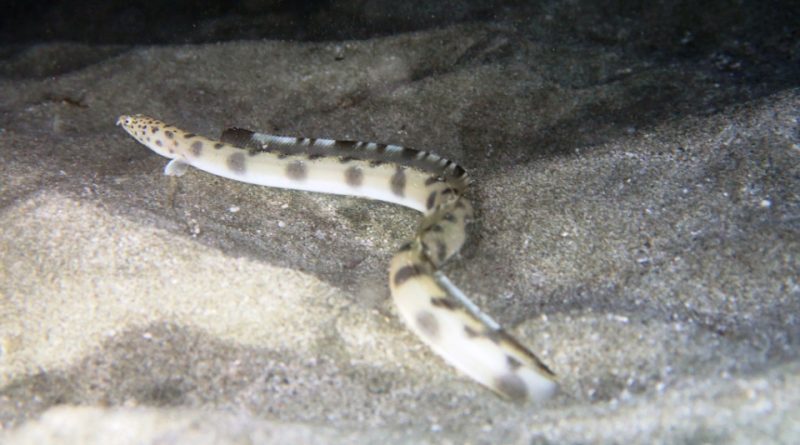 The spotted snake fish or spotted snake eel (Ophichthus ophis Linnaeus, 1758) is a marine fish belonging to the Ophichthidae family.

Geographic Distribution and Habitat –
Ophichthus ophis is a subtropical fish found in the western and eastern Atlantic Ocean, including Bermuda and southern Florida, the United States, Brazil, the Lesser Antilles, Senegal, Angola and the Mediterranean Sea (doubtful presence).
Its marine habitat is that of depths between 21 and 50 meters but usually at about 50 m, where it lives in permanent burrows. 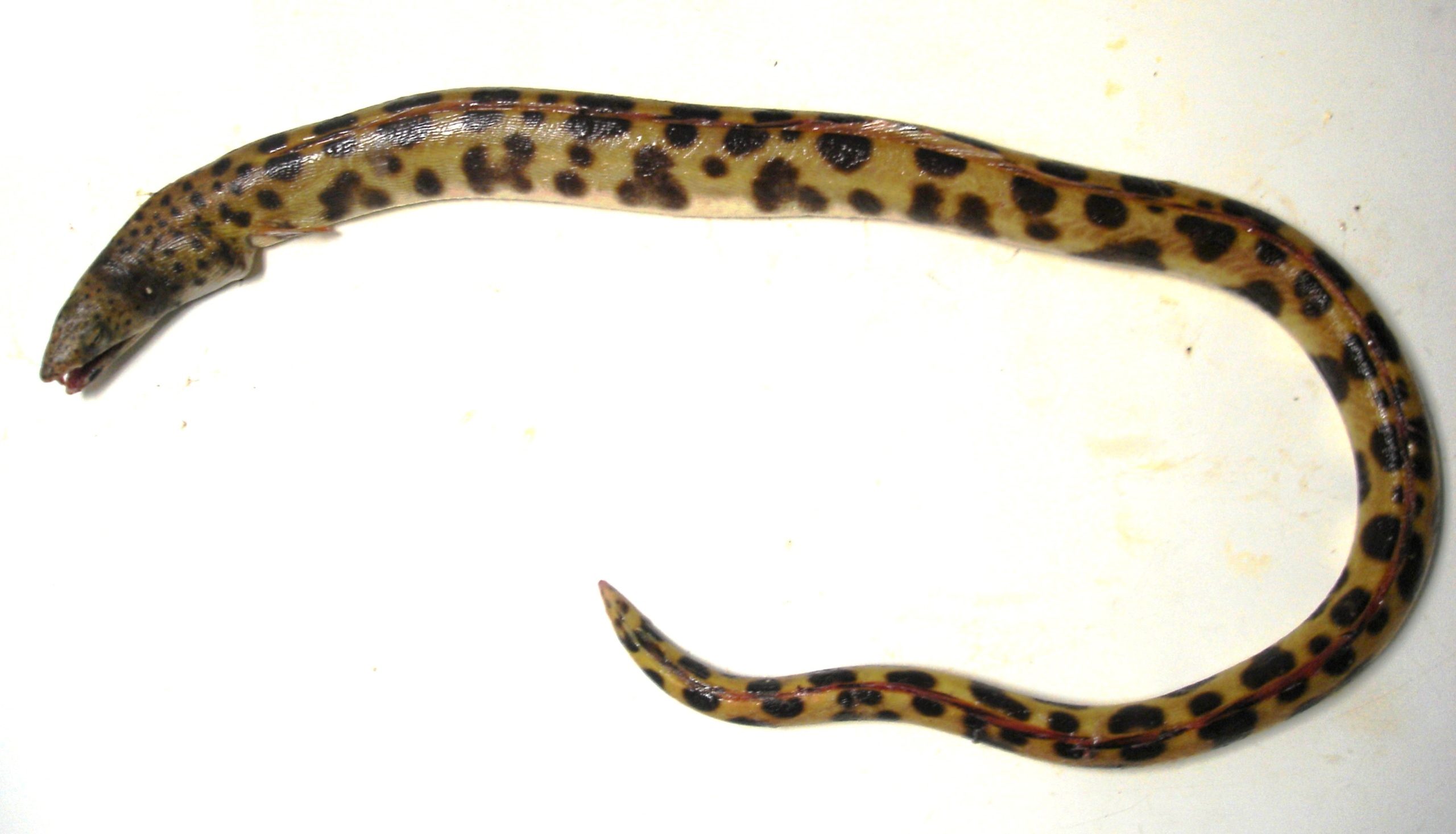 Description –
The Ophichthus ophis is recognized for having an elongated and serpentine body, cylindrical anteriorly up to the interorbital area, where it flattens. The dimensions can reach a length of 210 cm but more commonly it reaches around 100 cm.
It has a pale yellow background color, darker or orange dorsally, with brown spots of variable size on the back and laterally. Other less numerous spots are found on the belly. The spots on the head and muzzle are minute. The dorsal and anal fins are lighter and are bordered by spots. The pectoral fins are clear.
The lateral line has 58-62 pre-anal pores, 10 pre-petoral; 1 supra-temporal pore. Anterior tubular nostril, placed near the extremity of the muzzle, in a depression of the upper lip; posterior oval nostril surrounded by a valve flap, positioned near the anterior margin of the eye.
The muzzle is sub-conical, slightly prominent and lips developed. Teeth conical, acute, more or less curved, biserial in both jaws; one or two sets of teeth on the share; have larger teeth on the premaxillary. Lateral and sub-vertical gill openings.
The dorsal and anal fins are developed, foldable in a skin furrow, which converge, lowering and stiffening towards the back, where the caudal is absent. The dorsal fin originates at the height of more than half of the pectorals.

Biology –
Ophichthus ophis is a species of which little is known about its reproduction; the larvae have a long maturation period.
This fish leads a benthic life and spends a lot of time silting up on depths of 20-50 m.

Ecological Role –
The spotted snakefish is a species more typically present in the west African coast, from Senegal to Angola, and in the western Atlantic while its presence in the Mediterranean is doubtful.
It was described by Charles Linnaeus in 1758, originally under the genus Muraena.
This fish hunts at night and feeds mainly on octopus and fin fish, including Haemulon aurolineatum
It is used as bait in subsistence fishing, but it is said to cause “ciguatera” poisoning, ie food poisoning caused by the ingestion of fish contaminated with ciguatoxin characterized by the appearance of gastrointestinal and neurological disorders, and therefore usually not it is used in this sense.