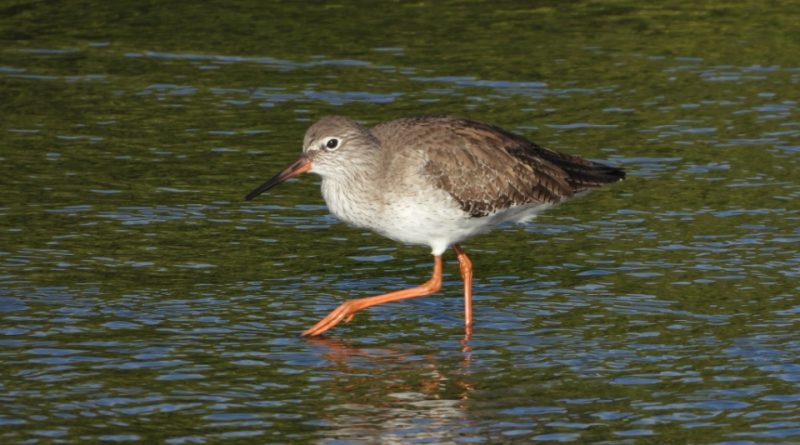 The common redshank (Tringa totanus, Linnaeus 1758) is a bird belonging to the Scolopacidae family.

Geographic Distribution and Habitat –
The Tringa totanus is a bird found in Europe, Africa, Asia.
This bird breeds and is widespread throughout temperate Eurasia. It is a migratory species, wintering on the coasts around the Mediterranean, on the Atlantic coast of Europe, from Ireland and Great Britain to the south, and in southern Asia. The species, on the other hand, is passing through, even if not common, outside these areas; in Palau in Micronesia, for example, the species was recorded in the mid-1970s and in 2000 and other sightings occurred in other areas, such as in India.
Its habitat is that along the coasts or near the bodies of water. Its favorite territories are swamps, wetlands and reservoirs.
In Italy he is the most common runner on water. 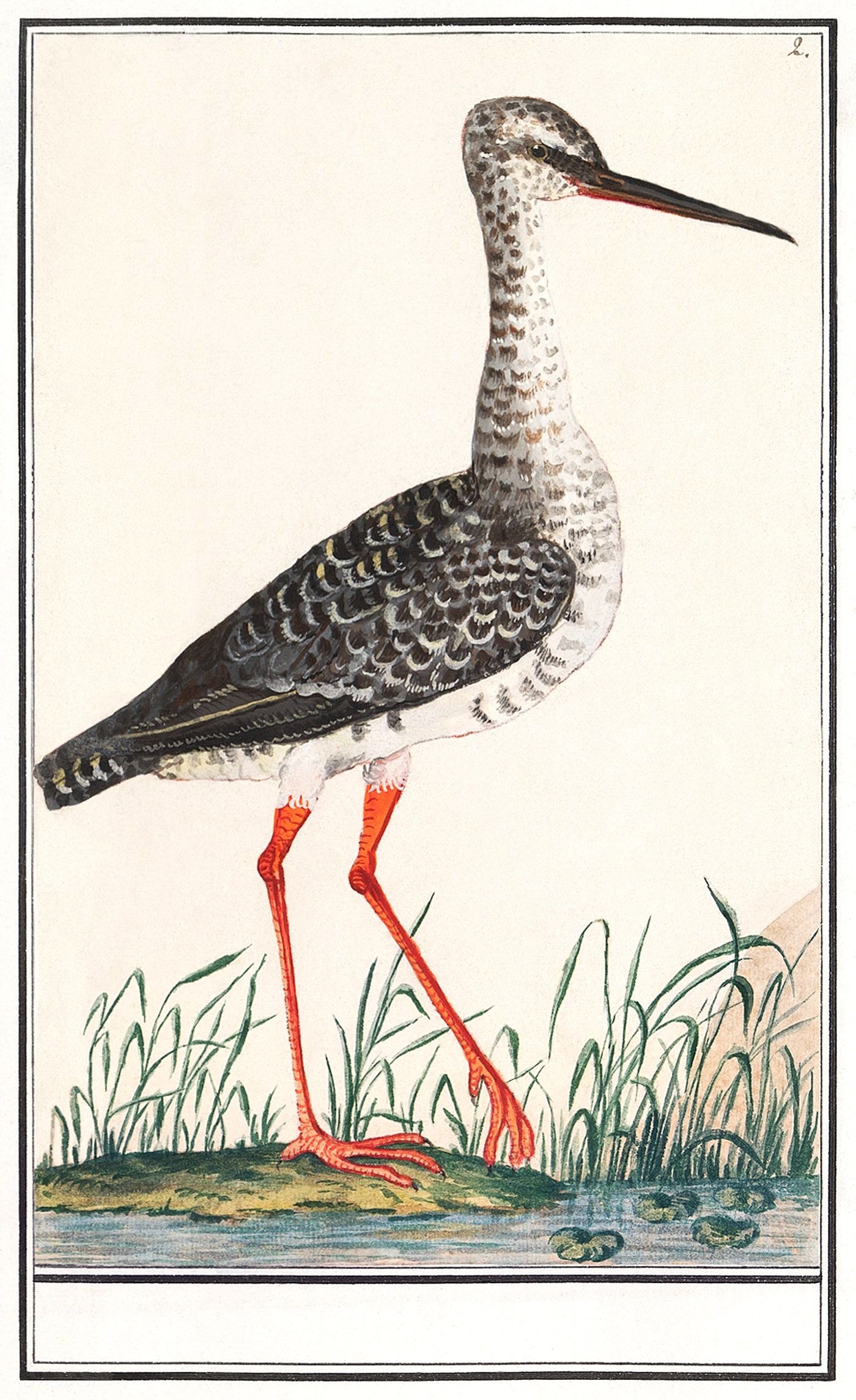 Description –
The redshank is a bird with a length of 30 cm, a wingspan of 65 cm and a weight of around 170 grams with indistinguishable sexual dimorphism in the outward appearance as males and females have the same colors.
It is a slightly smaller species than the Tringa nebularia.
It has an orange colored beak with a black tip, its underside is white and brown, while the top is brown with black and gray markings. The legs are orange.
This bird can reach 17 years of age and its call resembles a tjuet.

Biology –
The Tringa totanus is a bird that reaches sexual maturity after the second year of age.
The moment of reproduction begins with the hatching of the eggs which is done inside a nest built on a mound of ground at ground level, usually in thick vegetation.
The hatching period goes from April to July and is done at the same point every year. The brood of eggs (usually 3 or 5 per brood) lasts 4 weeks, in which both partners participate.
The young usually leave the nest after three weeks.

Ecological Role –
The Tringa totanus is a bird that lives along the coasts or near the bodies of water. Its favorite territories are swamps, wetlands and reservoirs. It is not uncommon to see them migrate to warmer areas in winter.
Its preferred diet consists of insects, worms, snails and other molluscs.
With its long beak it can pierce small animals even at the surface of the water.
They are distrustful and noisy birds that alert everything else with their loud call.
From the ecological point of view it is a widely distributed species and quite abundant in some regions, and therefore it is not currently considered a threatened species by the IUCN.
It is one of the species to which the Agreement on the Conservation of Afro-Eurasian Migratory Waterbirds (AEWA) applies.