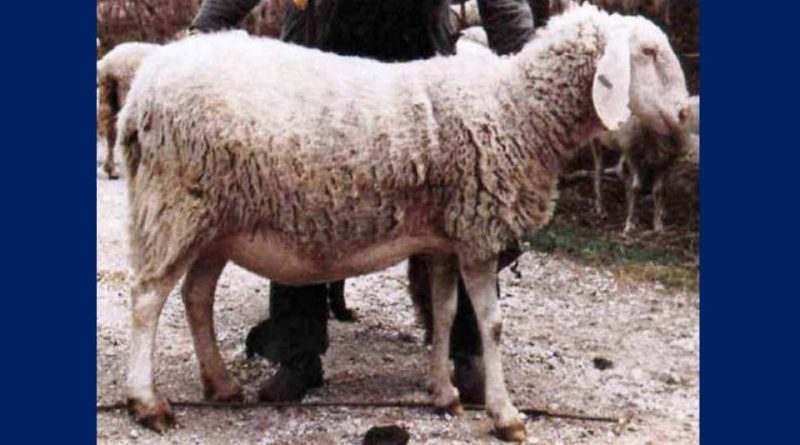 The Finarda or Finarola sheep breed is a sheep (Ovis aries Linnaeus, 1758) originally from the Po Valley, between Piedmont and Lombardy, in Italy, with a main aptitude for meat production.

Geographic and Area Distribution –
The Finarda is a large sheep breed originating and bred in Italy mainly in the Lombardy and Piedmont regions. Currently the consistency of the heads of this breed is around 5,000 specimens.

Origins and History –
The Finarda sheep breed was obtained by crossing the Bergamo and Biellese.
It is one of the forty-two indigenous sheep breeds with limited distribution for which a herd book is kept by the Associazione Nazionale della Pastorizia, the Italian association of sheep breeders. However, in 2008 the herd book was blank and could and most of the data for the breed dates back to 1983.
The conservation status of the breed was indicated by FAO as “not endangered” in 2007.

Morphology –
The Finarda is a relatively large and heavy sheep with an average weight of the males ranging between 100 and 120 kg and of the females between 80 and 100 kg.
The height at the withers is 90-100 cm for males and 85-90 cm for females.
The head is long, flattened up to the sides with a snub profile, more pronounced in the males. Ears up to 25 cm long; hornless.
The trunk is long, especially in the lumbar region, cylindrical, with a straight profile.
The fleece is white, semi-closed, with medium-length tufts made of finer wool than that of the parental breeds; this has a weight up to 6 Kg.

Productive attitude –
The Finarda sheep breed is typically bred with a transhumant system, taking advantage of the plains in winter and the alpine pastures in summer. The diet is based on grazing.
The attitude of this breed is the production of meat.
Typical production is obtained with lambs of various weights and ages. It produces 4-6 kg of wool per head per year, in two shears. The milk is used exclusively for the lamb.
The population began to be raised also for reproduction and no longer as a first generation cross.
In this breed there are two deliveries in three years. The twinning rate also reaches 80%.