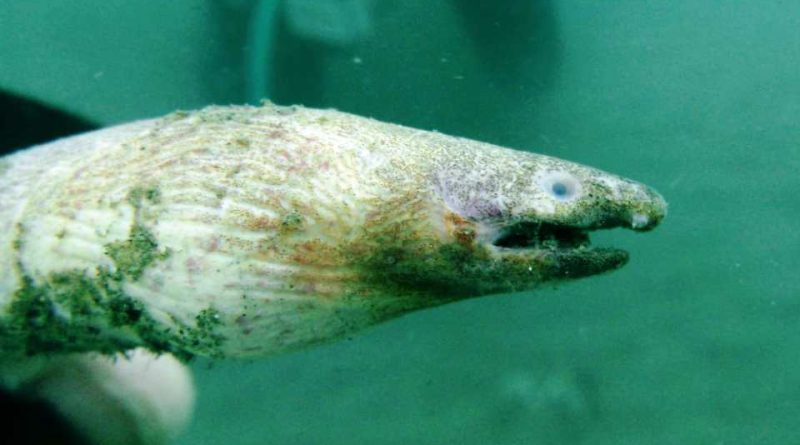 The sea snake or mizzen snake (Dalophis imberbis Delaroche, 1809) is a marine bony fish belonging to the Ophichthidae family.

Geographic Distribution and Habitat –
Dalophis imberbis is a fish found in the Mediterranean Sea and in the eastern Atlantic Ocean between the Bay of Biscay and the coasts of tropical Africa.
In Italy it is present in all Italian seas even if not common; it has been found in Liguria, Campania and Sicily but is very rare in the Adriatic.
As far as its habitat is concerned, it is a benthic fish that lives on sandy or muddy bottoms of the infralittoral or upper circalittoral plane, normally at depths between 20 and 80 meters but not exceeding 100 meters and rarely very close to the coast. 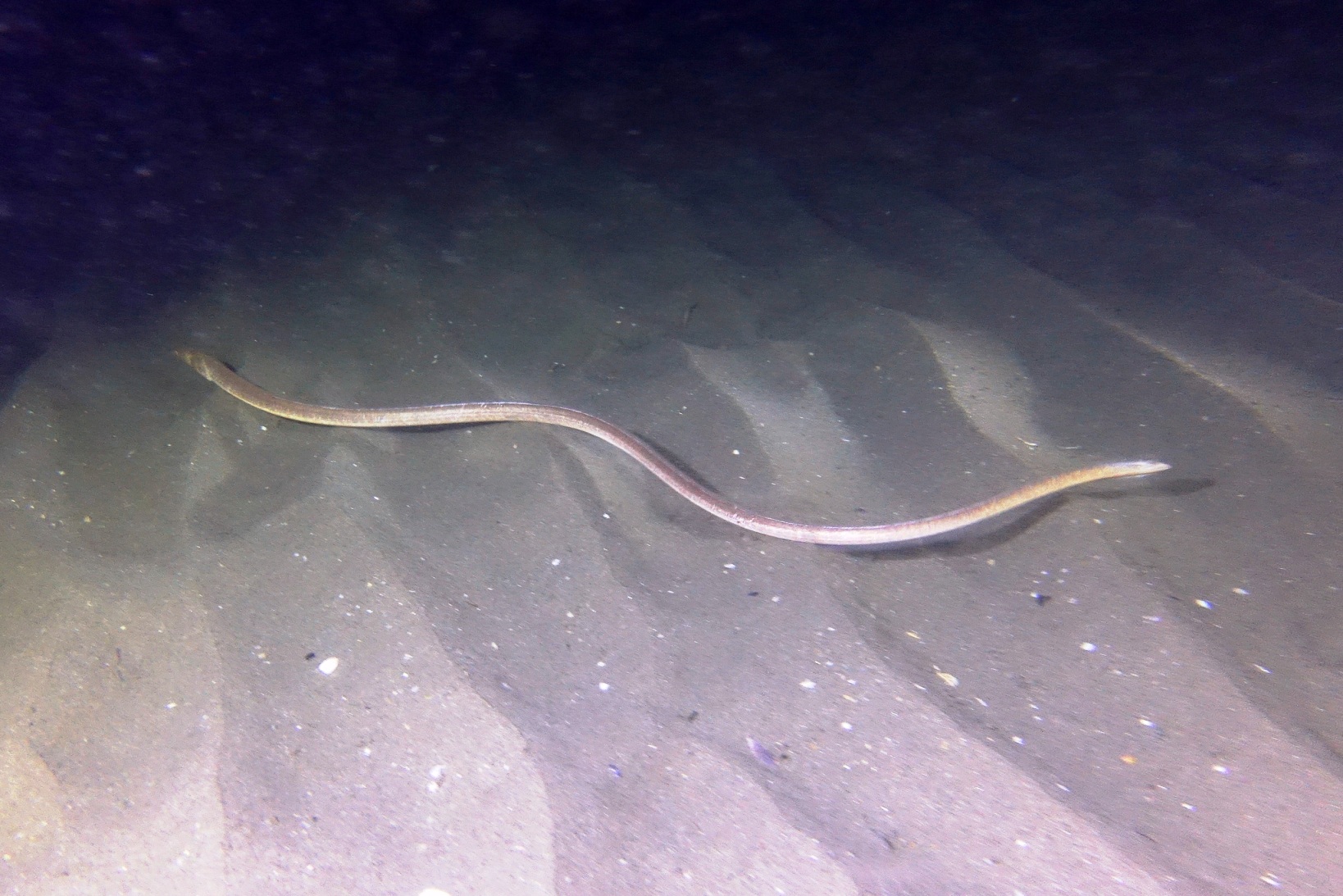 Description –
The Dalophis imberbis is recognized for having a thin, almost cylindrical body, slightly swollen in the head and compressed laterally towards the tail, with a size that can exceptionally exceed the meter (with some males reaching 1.5 meters) but usually not over 50-60 cm.
The skin is flaky and covered with thick mucus. The lateral line is evident along the entire length. The gill openings, small and oval, are lateral in the ventral part.
The head has a pointed muzzle, prominent in the upper part. The anterior nostrils, tubular, open on the upper lip; the eyes are very small, circular and covered with skin.
The mouth has a shorter mandible. It has thin, hook-like, backward-facing teeth. There are mucous pores along the jaw and in other areas of the head.
The dorsal and anal fins are very low. The caudal is missing and the pectorals are rudimentary and regress in the adult specimens.
The color of the back is brown with purple hues and dark brown and yellowish pink dots in the young specimens.
The ventral part is yellowish-white with silvery reflections. The fins are white.

Biology –
Dalophis imberbis is a fish that reproduces in the summer period, with the eggs and larvae being pelagic and found on the surface at the end of the summer. The larva is a leptocephalus.

Ecological Role –
The sea snake was first described by François Étienne Delaroche in 1809 and was known in the past with the synonym of Caecula imberbis.
It is a subtropical sea eel that inhabits the eastern Atlantic Ocean, including Spain, Mauritania, and the Mediterranean.
This fish, very similar to Apterichtus caecus and Apterichtus anguiformis, is a nocturnal species that spends almost all its time buried in the sediments from which only the head emerges.
It is a carnivorous fish that feeds on benthic invertebrate organisms and small fish.
It is caught by chance with bottom trawls, longlines or bottom fishing lines. Its capture is not appreciated by fishermen because it inextricably cheats the lines and ferociously bites the hands (although it is completely harmless), while its meat, although edible, has no commercial value.
From an ecological point of view, according to the IUCN Red List it is a species rated at Least Concern (LC) due to its wide distribution and because there is no evidence of decline or specific threats.