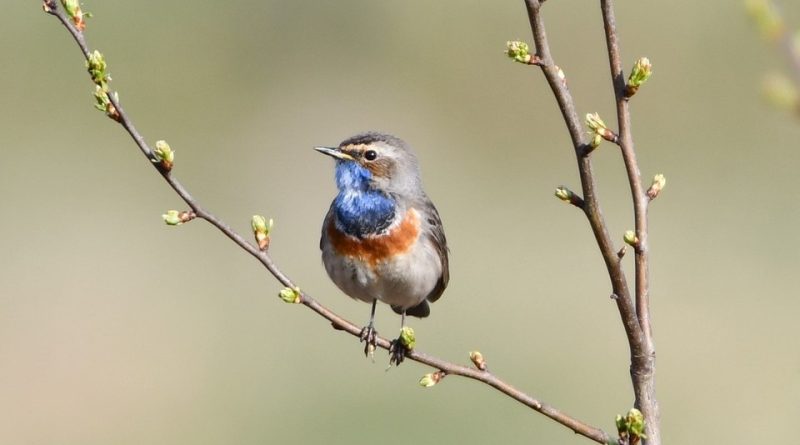 The bluethroat (Luscinia svecica Linnaeus, 1758) is a bird belonging to the Muscicapidae family.

Geographic Distribution and Habitat –
The bluethroat is a bird that inhabits the Northern Hemisphere; it is present throughout Europe, Asia and Africa, on the American continent only in the North-West.
In Italy it is possible to see it only in the winter seasons as a winter visitor or during migrations to Africa.
As for the habitat, some specimens nest discontinuously in high altitude grasslands in certain areas of the Alps, especially in wet birch forests or bushy swamps. 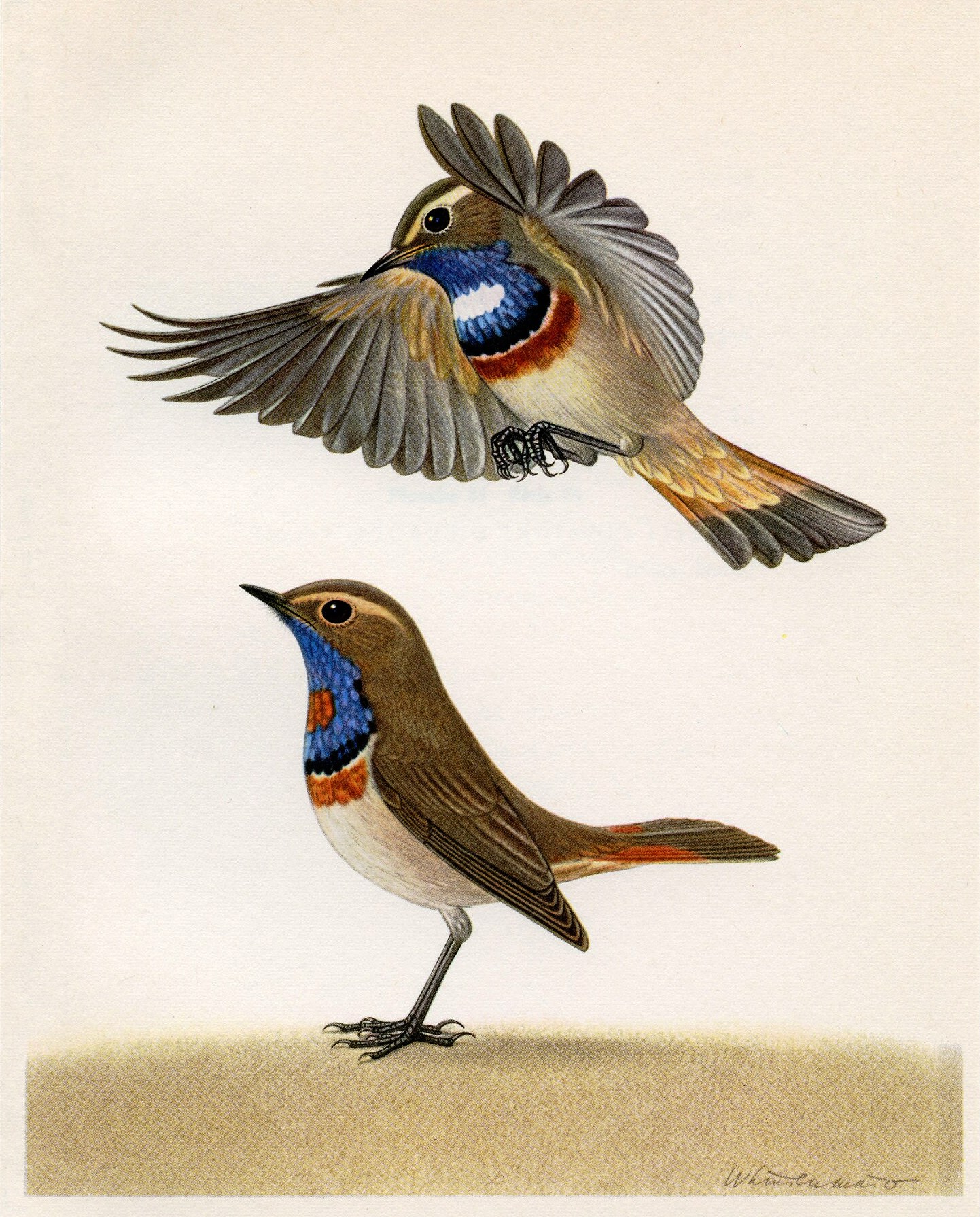 Description –
Luscinia svecica is a passerine bird with a length of 13.5-15.5 cm, a weight of about 20 grams and a wingspan of 22-24 cm. It has sexual dimorphism.
The main characteristic of the male is a blue spot that goes from the chin strap to the chest which differentiates it from the female, moreover it has brown upper parts, wings and head included. The upper tail has a broad blackish terminal band and a tawny base. An evident white eyebrow, highlighted by a fine dark brown stripe, starts from the beak and reaches almost to the nape of the neck.
The throat and the upper chest are blue in color and below it runs a black band and then a large tawny-red band that fades towards the abdomen and the remaining lower parts that are white. In some subspecies there is a white spot within the blue at the base of the throat.
For example, in the subspecies svecica this spot is instead tawny-red. In all subspecies, sexes and ages, the legs and beak are blackish.
Adult females differ in the coloration of the throat and chest; they have white mustaches and towards the center of the throat some blackish streaks that fade to the white of the base of the throat. In the lower part of the chest there may be some blue and below this a thin whitish band separates a subsequent tawny but barely hinted part.
Males, in their first winter, resemble adult females but with fawn at the base of the throat. The females, in the first winter, have a white throat and an undefined blackish band on the upper part of the chest.
The moults begin in July after breeding and are completed in 40-45 days, before the birds migrate.
The male has a varied and very imitative song.

Biology –
After mating, Luscinia svecica lays 4 to 7 eggs, which hatch after two weeks of hatching. After another 15 days the young pullets are already ripe for the first flight.
This species builds its nests mainly in wet birch woods or bushy swamps, often in dense bushes.

Ecological Role –
The bluethroat is a small passerine bird previously classified as a member of the Turdidae family, but now reclassified within the Muscicapidae family.
It is a migratory insectivorous species whose basic diet consists of insects that it can also take in flight, but does not disdain berries and larvae.
From an ecological point of view, according to the IUCN Red List, at the moment, it is of minimal concern and is, moreover, listed in Annex I of the Birds Directive (79/409 / EEC).