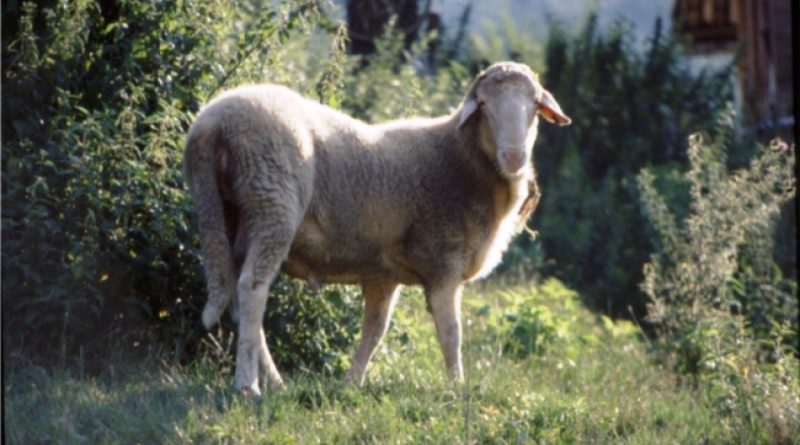 The Fabrianese sheep breed is a sheep (Ovis aries Linnaeus, 1758) originally from the Fabriano area (AN), in Italy, with a main aptitude for meat production.

Geographic and Area Distribution –
The Fabrianese is a recently established breed of sheep, originally from the Fabriano area, raised on the eastern slopes of the Apennines, in the provinces of Ancona, Ascoli Piceno and Macerata in the Marche, and in the province of Terni in Umbria.

Origins and History –
The Fabrianese sheep breed is a sheep that derives from the old Apennines crossed with the Bergamo area and widespread in the province of Ancona and neighboring areas.
It is a breed that takes its name from the municipality of Fabriano, in the province of Ancona and which was born as a dual-purpose breed in the 1960s by crossing indigenous breeds of the Marche Apennines with Bergamasca breed rams from the Lombard Alps.
The Fabrianese is one of the seventeen native Italian sheep breeds for which a herd book of the National Association of Pastoralism is kept; the herd book was established in 1974.
In 1983 the breed’s population was estimated at around 25,000, of which 4,600 were registered. In 1997 the total number was around 70,000, while in 2013 the number registered for the breed was only 3,342 heads.

Morphology –
The Fabrianese sheep breed is a large-sized sheep.
The head is acorn, not heavy, with a sheepskin profile and a medium length neck.
The trunk is long, with a truncated cone shape, with a strong back and slightly inclined forward; the limbs are slender.
It has a white, semi-open fleece and light skin, with dark spots.
This breed has an average height at the withers which in males is cm. 80 and for females of cm. 72. The weight is around 80 kg for males and 60 kg for females.

Productive attitude –
The Fabrianese sheep breed is a sheep with a prevalent aptitude for meat production.
Wool is mediocre and used for mattresses and carpets.
The production of milk in the Fabrianese area, including that taken from the lambs, is on average 150 L in 180 days for the primiparous and from 200 to 220 L for the multiparous ewes.
The average age and weight of the lambs at the time of slaughter are not evident but still seems to be around 25 kg at 60 days.
The average meat production is, in detail, 60 kg for males and 53 kg for females.
Those of wool (in grease) of 4 kg for the rams and 2.5 kg for the sheep.