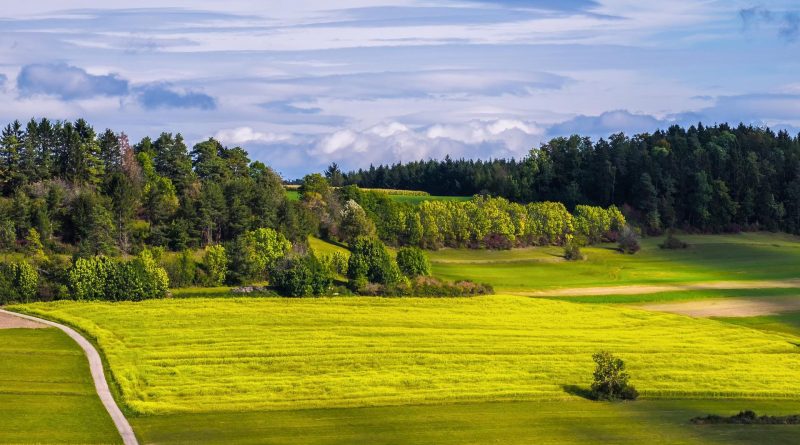 The data received from the processing of the latest ISTAT 2021 census (7th), released on June 28, 2022, and relating to the agricultural year 2019/20, give an unequivocal picture of the state of health of this seriously ill patient.
In a nutshell, it emerged, first of all, that in the last 38 years almost 64% of farms have disappeared (practically two out of three) with obvious repercussions not only on the national agri-food sector but of a social and environmental nature.
We remind you, for the record, that this census is the last one every ten years, after which we will move on to permanent and sample censuses.
According to data released by ISTAT, in fact, the first fact that catches the eye is that there has been a significant decline in the number of farms, while the surfaces have remained more stable.
According to the data released in October 2020, they are active in Italy (1,133,023 farms) in the last 38 years (period between 1982, the reference year of the 3rd agricultural census and whose data are comparable with those of 2020) are almost two out of three farms disappeared.
A number that alone must raise more than one question to which obviously answers and solutions must be found.
The decline on 100 sample companies was 63.8%, with a more marked reduction in the last twenty years; in fact, compared to the year 2000 (the period in which 2.4 million farms were surveyed) the number of farms has in fact more than halved.
Another fact, which is however quite connected to the previous one, is that, as a consequence of the faster decrease in the number of farms compared to the surface, the average size of farms has more than doubled both in terms of UAA (from 5.1 to 11.1 average hectares per farm) and SAT (from 7.1 to 14.5 average hectares per farm). If we limit the comparison to the last two general censuses, referring to 2010 and 2020, the number of farms fell just over 30% (-487 thousand), which was associated with a less drastic drop in UAA, (-2, 5%) and the SAT (-3.6%).
The comparative data then show that the average decline is quite widespread, albeit with regional significance, over the entire national territory.
Indeed, between 2010 and 2020, the number of farms drops in all regions. The most marked decline is recorded in Campania (-42.0%). Over the decade, the reduction in the number of companies is greater in the South (-33%) and in the Islands (-32.4%) while in the other geographical areas it is below the national average.
Furthermore, the dynamics of the agricultural areas used are much more varied. Against a decline of 2.5% on the national average, the UAA grows in eight regions (Valle d’Aosta, Lombardy, Veneto, Friuli Venezia Giulia, Liguria, Lazio, Puglia, Sardinia), while among those where there is a reduction, in addition to the two autonomous provinces, Tuscany (-15.2%) and Basilicata (-11.1%) stand out. Overall, the surfaces are less reduced in the North-East (-1.7%) and in the North-West (-2%) and are slightly increasing in the Islands (+ 1.4%).
Another important fact is that the presence of women in companies is also decreasing compared to ten years earlier. In 2020, women accounted for about 30% of the total number of employed people compared to 36.8% in 2010. However, the commitment in terms of working days of women increases more than men (+ 30.0% against + 13.9%) in particular, among family workers (+ 54.7%) compared to non-family workers; in the latter case the variation for women is negative (-6.5%).
On the other hand, the participation of women in the managerial role within farms has consolidated, a phenomenon also noted by other surveys over the course of the decade. Company managers are women in 31.5% of cases (30.7% in 2010) but this is also the result of some RDP facilitation policies so it must be taken with a grain of salt.
However, as a corollary to the raw data just released by ISTAT, it is clear how these sudden changes (less than 40 years) must make us reflect on some aspects.

The decrease of employed in agriculture, in addition to creating a serious social problem due to generational change, the transmission of knowledge, involves a crisis that is difficult to solve in the relationship between people and territories. The fragility of internal areas, increasingly empty and fragile, both from a social and environmental point of view, has been known for decades.
Today in Italy there are more and more fragile territories, far from the main centers of supply of essential services and too often abandoned to themselves, which however cover a total of 60% of the entire surface of the national territory, 52% of the Municipalities and 22 % of the population.
In fact, the most “real” and also the most authentic Italy, whose primary need is to be able to reside there again, or to return.
In Italy, 43.8% of Italian municipalities (3532) do not exceed 2 thousand inhabitants and 2,430 are at risk of extinction due to depopulation while 139 municipalities are already in danger of becoming ghost towns.
Beyond the objectives of the SNAI (National Strategy of Internal Areas) it is clear that one figure stands out in all its crudeness:
– There has been no planning (if not for timid attempts) between agri-food policies and land planning policies; if we add to this the difficulties of taking off of the Farm to Fork and Bidoversità 2030 strategies, we can understand how far we are still far from having understood what the real objectives of the CAP (Common Agricultural Policy) must be.
Not only have we dealt with sector policies without correlating their effects on social and environmental systems but, above all, we insist on rewarding production models linked to obsolete linear economy systems, such as those towards imaginary markets and distances between unplanned production and consumption. and, extremely dangerous from an ecological point of view (remember that as the transport of food increases, the consumption of climate-altering gases increases with an exponential function).
In a nutshell, we must move from the policy of agri-food markets (which, in fact, see small structures succumb more and more and, in this sense, the ISTAT data, are a clear certification of this) to the policy of food, of healthy food for the environment and the humanity and sharing it; which means that the CAP must be completely rewritten. Ultimately a CAP that has an “Ethical certification“.
The production and consumption of food can no longer be relegated to policies that see, among other things, a structuring of rewards and incentives that often have nothing ethical.
On the other hand, the latest global crises, from the financial one of 2008 to the pandemic of 2020-2021, to the various wars such as the one in Ukraine, forcefully bring the theme of a different approach to the agri-food question (intended as a political model of planning also of the social and ecological aspects) and of self-sufficiency and “food sovereignty”, understood as autonomy and national control of food resources.
The theme obviously has profound economic, political and legal implications and belongs to a category of political thought that must abandon a liberal system that has come to an end and embrace one of sharing to which we can then give the acronyms of circular economy or integral ecology but which, of course, travels on completely different levels.
In this sense, the approval of the L.R. 21 of 29 July 2021 of the Sicilian Region, a law structured precisely with these criteria but much more must be done and must be taken as a starting point.
And now the sterile and out of place (even scientifically) appeals to restore or, worse still, exasperate intensive production models in the name of a world hunger that we are creating instead with this agricultural policy outside the rules of ecology are useless. and of human society.
The new mandate to Politics.