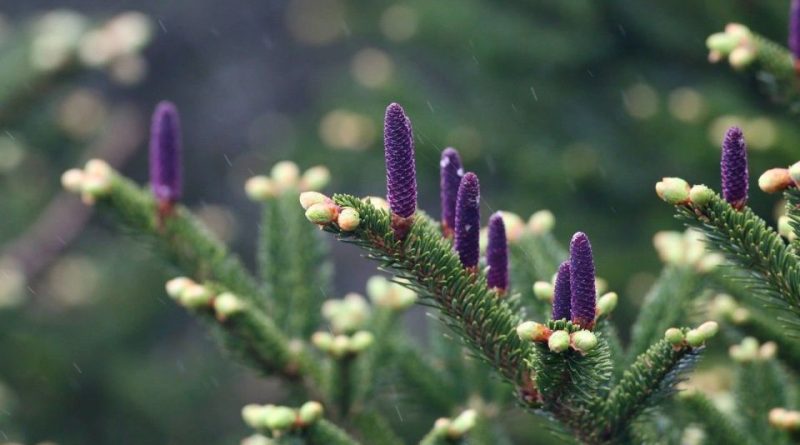 Etymology –
The term Abies comes from Abies which is the classical Latin name (Virgil, Egloghe, from the Sanskrit root abh gush of resin); according to another interpretation it would derive from the Greek word ἄβιος = long-lived.
The specific kawakamii epithet was attributed in memory of the Japanese botanical collector T. Kawakami.

Geographic Distribution and Habitat –
Taiwan fir is a conifer endemic to the island of Formosa.
Its habitat is that of altitudes between 2800 and 3950 m, along the mountain ridge of Taiwan, in podzolized, brown-gray soils and also on yellow mountain soils, both acidic and generally rocky, forming pure high mountain forests, where the climate is temperate and very humid, with annual rainfall between 4000 and 10,000 mm. At the lower altitudes it forms mixed forests with Acer insulare, Trochodendron aralioides, Quercus semecarpifolia, Ilex bioritsensis, Tsuga chinensis, Pseudotsuga sinensis and Chamaecyparis obtusa. 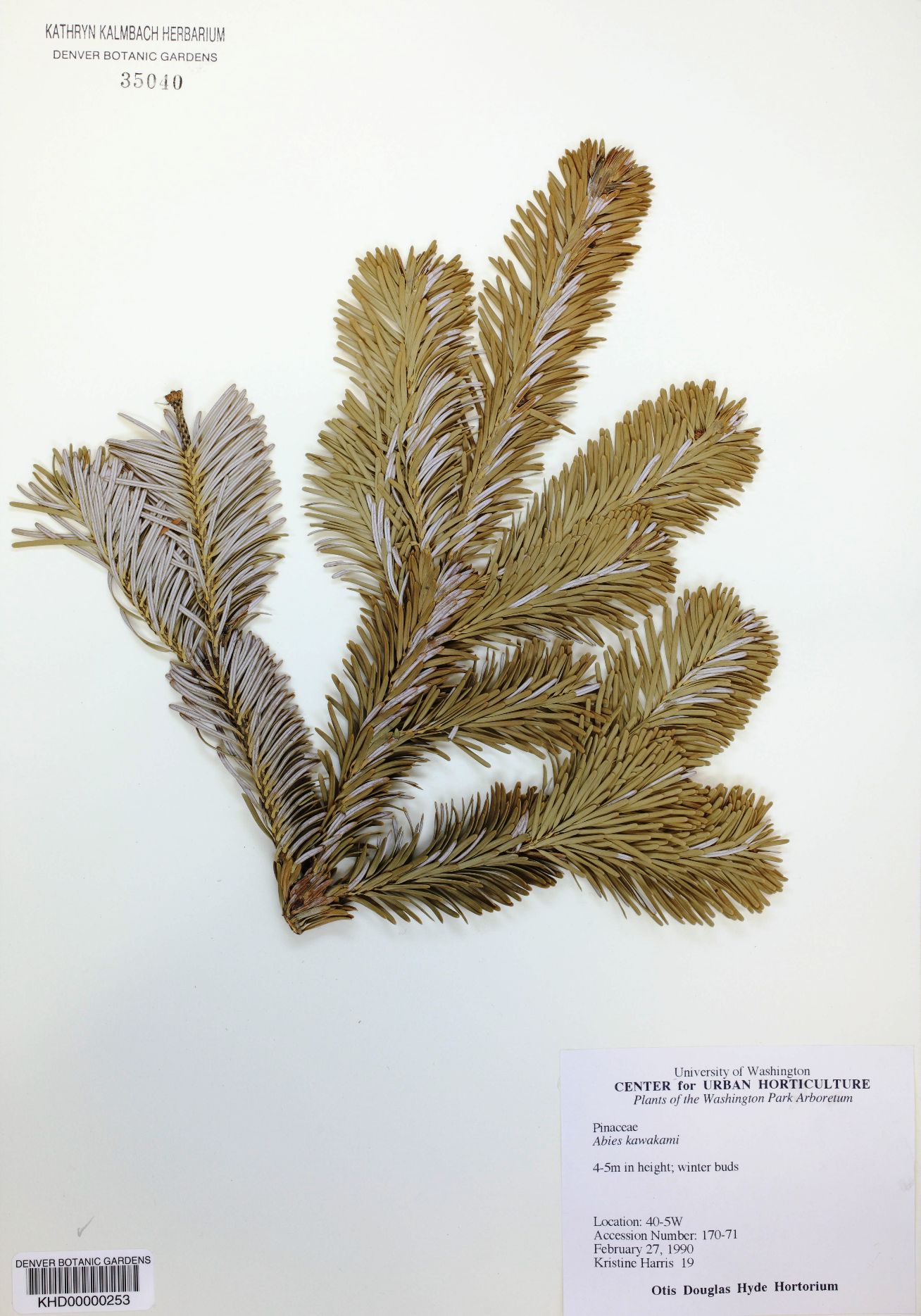 Description –
Abies kawakamii is a tree that reaches a height between 15 and 36 meters, with a straight trunk, up to 1 m in diameter, and branches that are arranged horizontally. The secondary branches are dark brown to yellowish-gray, pubescent.
The bark is gray-white and smooth when young, resinous, with the passing of the years it becomes gray-brown and flaky.
The leaves are needle-like, 1-1.5 cm long, dark green on the upper side, whitish on the lower side, linear and flat in shape.
Male strobili are cylindrical, 15 mm long.
The female ones are oblong-cylindrical, of a purple color when ripe, 6-7 cm long and 3-4 cm broad.
The seeds are 7-9 mm long.

Cultivation –
Abies kawakamii is an evergreen tree endemic to the island of Formosa where it is widespread at altitudes between 2,800 and 3,950 m above sea level in the central ranges, usually forming pure populations and mixed forests at the lowest altitudes.
This plant although currently little used, has been extensively harvested for its wood in the past, much of the wood being exported to Japan.
It grows in the mountainous regions of the subtropical zone, where the climate is temperate, super humid with annual rainfall exceeding 4,000 mm and can reach 10,000 mm, making this region one of the wettest mountain ranges in the world. Dormant plants are very cold tolerant, but new shoots are susceptible to frost damage.
The plant prefers good moist but not waterlogged soil and grows well in heavy clay soils. It is very shade tolerant, especially when young, but growth is slower in dense shade.
It is a tree that is intolerant to atmospheric pollution and, from a pedological point of view, it prefers slightly acidic conditions up to a pH of about 5.
It also prefers to grow on a north-facing slope.
These plants should be planted in open fields when they are quite small, between 30 and 90 cm in height. Larger trees have difficulty taking root and are unlikely to grow for several years. This also negatively affects root development and wind resistance.
Propagation occurs by seed. Sowing should be done at the end of winter in an unheated seedbed or outdoors in early spring.
Germination is often poor, usually taking about 6 – 8 weeks; stratification produces a more uniform germination, therefore it is better to sow the seed in an unheated seedbed, in autumn, as soon as the seed matures.
The seed remains viable for up to 5 years if well preserved.
The young seedlings that are formed should then be placed in single pots and transplanted in the open field in late spring or early summer, after the last foreseen frosts.

Customs and Traditions –
Abies kawakamii is a conifer found only in Taiwan. This species was first described in 1908 by Bunzō Hayata as a variety of Abies mariesii, a high mountain fir native to Japan; the following year the plant was recognized as a separate species by Tokutarô Itô.
Abies kawakamii is one of the southernmost fir trees (together with A. fansipanensis, native to Vietnam, and A. guatemalensis, from Mexico and Guatemala).
Its wood was mainly exported to Japan where, especially in the past, it was used for carpentry work; currently its use in Taiwan is not very common. The Taiwan fir was introduced in 1930 in England and occasionally some specimens can be found in European and North American botanical gardens.
From the ecological point of view it is emphasized that this species has a limited range and the subpopulations could be considered severely fragmented and there are five to ten locations when fire is considered the main potential threat. However, as there is currently no evidence of continued decline, the plant is classified as “Near Threatened” on the IUCN Red List of Threatened Species (2013).

Preparation Method –
Abies kawakamii is a conifer whose timber is used while food or medicinal uses are not known or, in any case, are not reported.