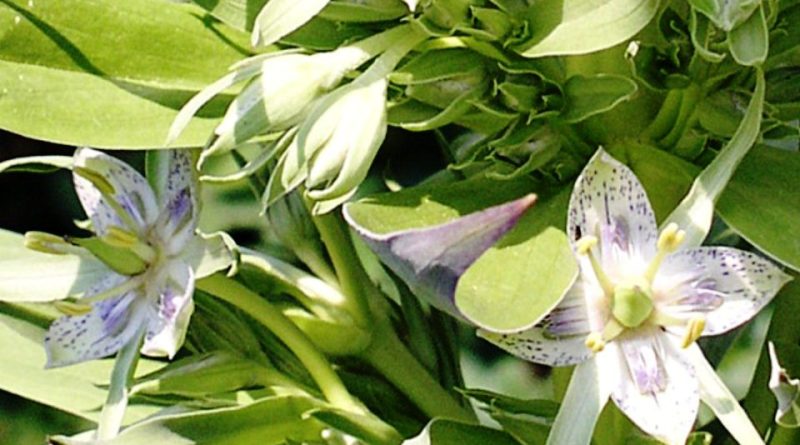 The Chiretta (Swertia chirata (Wall.) C. B. Clarke) is a herbaceous species belonging to the Gentianaceae family.

Geographic Distribution and Habitat –
Swertia chirata is a plant native to the temperate areas of the Himalayas.
Its habitat is that of areas at high altitudes, between 1200 and 2100 meters in the area between Kashmir and Bhutan, preferably in shady areas. 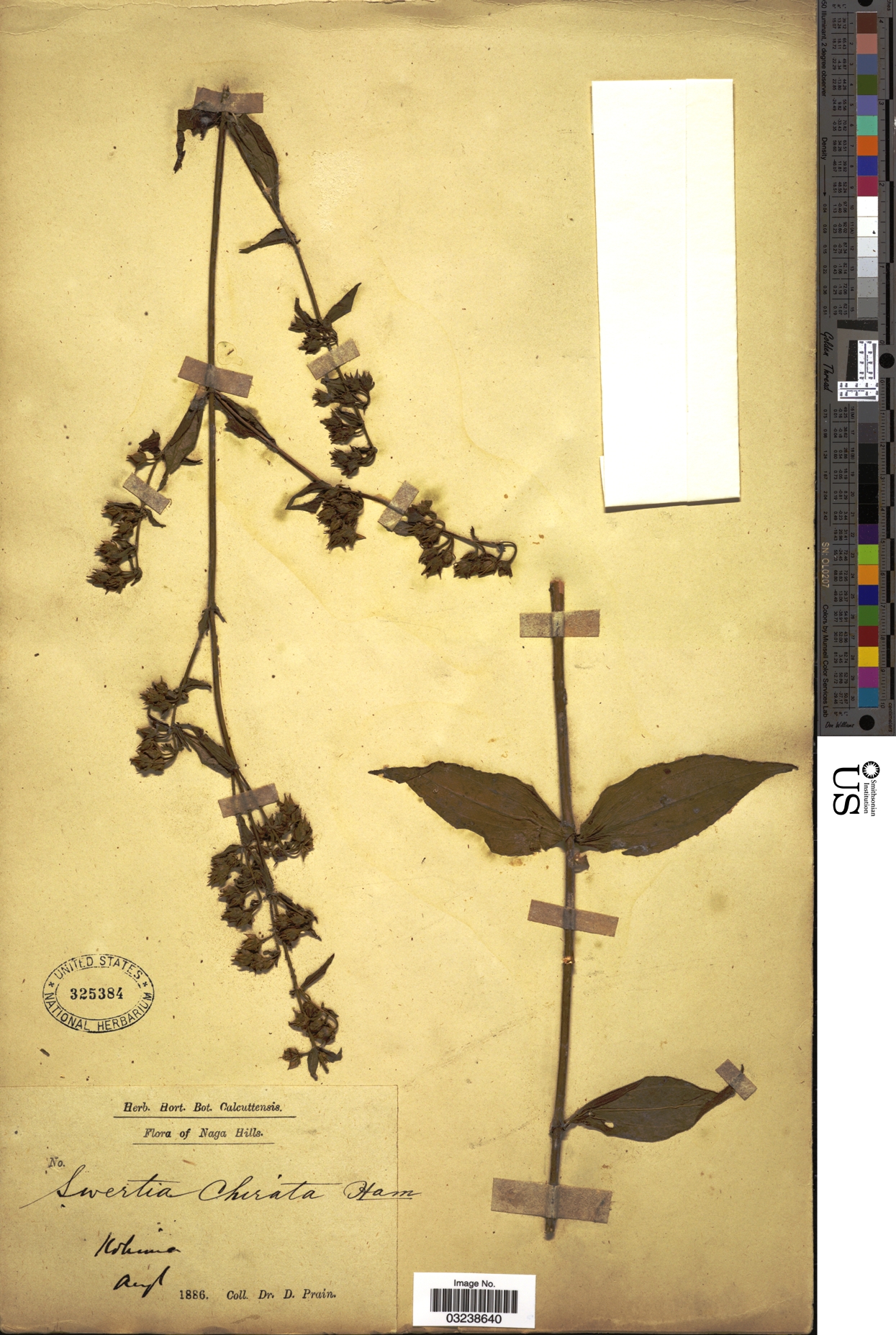 Description –
Swertia chirata is an annual or biennial herbaceous plant that grows between 60 cm and 1.5 m which is formed from a simple, yellowish, rather oblique, tapered and short root, about 7-8 cm and 1 thick, 20 cm.
The stem is erect, orange – brown or purplish in color with the central part having a cylindrical section and the upper one having a quadrangular section with marked groove on each corner. The leaves are lanceolate, opposite, sessile, with corded margin and sharp apex, with 5/7 ribs and about 4 cm long.
The flowers are small, numerous, tetramers, collected in panicles with large, green-yellow petals with purple and green or white hairs. The calyx is a gamophyll with four lobes. The stamens are 4, in front of the corolla lobes, at the base of the corolla. The ovary is unilocular and 2 stigma.
The fruit is an egg-shaped capsule, with a semi-transparent yellowish pericarp.
The seeds are numerous, very small, dark brown in color. The multicolored corolla and the presence of nectar encourages pollination.

Cultivation –
Swertia chirata is a plant that naturally grows in the milder climate areas of the Himalayas, at altitudes between 1200 and 2100 where it prefers shady areas.
It is a plant that is not often found cultivated in gardens despite the showiness of the corollas, because it is difficult to cultivate, if outside its range.
Reproduction occurs, however, by seed.

Customs and Traditions –
Swertia chirata, whose Ayurvedic name is Kiraata is a plant that has long been used for its properties: antibacterial, antifungal, antiviral, anti-inflammatory, purifying and others such as antidiabetic and antioxidant.
Swertia helps with cough, asthma and bronchial infections. It has a purifying action on the skin.
Furthermore, its direct activity against type B hepatitis is being studied.
In this plant there are some active ingredients, including:
– xanthinones, lignans, alkaloids, flavonoids, terpenoids, iridoids and other compounds such as palmitic acid, oleic acid and stearic acid. Among the xanthones we find chiratin, present in various parts of the plant: among the other active components we also find amarogentina, swertiamarin, mangiferin and sweryichirin.
Due to the presence of some glycosides, such as chiratine, it is a herb with a bitter taste.
As for the contraindications, at the moment none have been detected; however, as a precaution, its use during pregnancy and breastfeeding is not recommended.

Preparation Method –
Swertia chirata is a plant that is used entirely for the preparation of infusions, decoctions and tinctures to take advantage of its multiple properties.
It is a plant used in Ayurvedic medicine which is the “science of the knowledge of life” so it is not just a simple holistic medical discipline, but also a philosophy and a lifestyle that has the psychic, physical and spiritual well-being of man as its goal. .