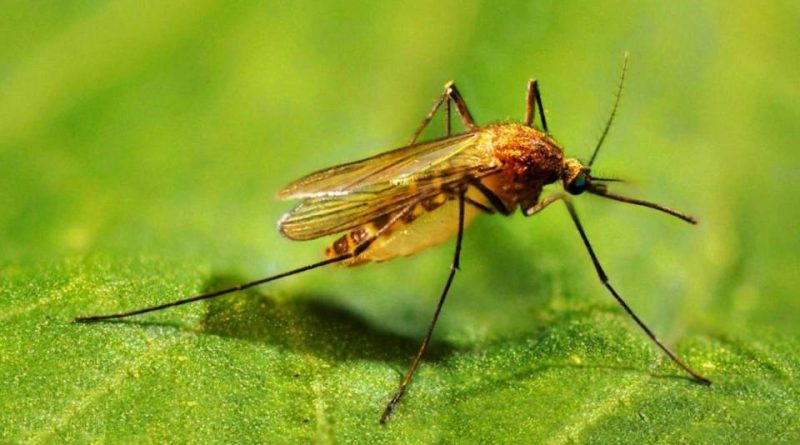 Guidelines in the fight against mosquitoes and criminal offense

To combat the excess presence of mosquitoes, public administrations, private companies and individual citizens often carry out repeated pesticide interventions, pouring large quantities of pesticides into the environment.
The use of pesticides, whose active ingredients are synthetic chemicals, in an urban environment represents an insignificant share, only 0.2-2.7%, compared to the total annual use. However, the ‘non-agricultural’ use of pesticides on soils and hard surfaces raises a number of concerns, especially due to the speed of runoff of surface water, at least 10 times greater than that of agricultural land. Furthermore, the insecticides used do not have time to degrade, rapidly reaching natural habitats and causing their contamination even at a considerable distance from the spraying sites.
The spread of large quantities of synthetic chemicals and the consequent contamination of ecosystems has drastically reduced the predator populations of mosquitoes themselves (bats, insectivorous birds, dragonflies, geckos) with the paradoxical result of an increasing presence of mosquitoes and other annoying parasites .
Mosquitoes, including tiger mosquitoes (Aedes albopictus Skuse, 1894) of recent import, however, do not represent a mortal danger in Italy, while generalized pollution from sprayed or scattered insecticides, not yet taken into due consideration, has consequences both on natural environments and on humans in the short, medium and long term and should be avoided in favor of preventive and localized measures.
The use of sprayed insecticides in the environment should be an option to be resorted to in an extraordinary way and only in the case of a proven high density of adults in sensitive sites such as schools, hospitals, protected residential structures, etc. or in the presence of epidemic risk.
Among other things, the continued and repeated use of these synthetic substances, in addition to causing a domino effect on ecosystems, with the loss of fauna and specific predators of mosquitoes, significantly alters the state of health of citizens.

Official Data and Procedures –
European statistics show a steady growth in tumors and neurodegenerative diseases such as Alzheimer’s, Parkinson’s, multiple sclerosis etc., reproductive system disorders, infertility, endocrine system diseases, allergies, asthma and autism (20 years ago one child in 2000 was autistic, today one in 150 is). Recent tests carried out on human blood have confirmed that the increase of these diseases is favored by chemical pollution (Lopopolo, 2011).
Among the other pathologies and induced diseases, in particular and exponentially people suffering from Multiple Chemical Sensitivity, a loss of immunological tolerance induced by toxic substances, including pesticides (Millet & Mitzel, 1995), which, depending on the degree of severity, causes a reduced quality of life with disabling disorders or, in the most serious forms, the inability to leave one’s home, completely reclaimed by the presence of chemicals (Miller 1996, 1997).
In the fight against mosquitoes, therefore, administrations and citizens, where they fall within their competence, are required to adopt exclusive interventions of:
– environmental remediation aimed at eliminating breeding sites, which is one of the cornerstones of the integrated fight against mosquitoes;
– biological control with biological agents such as, for example: Bacillus thuringiensis, some nematodes and fungi, etc. to be carried out in suitable phenological periods and under the technical responsibility of an Agronomist and Forestry Doctor who certifies the need and methods.

Regulatory system –
It is also recalled that, if the current indications and regulations regarding the use of biocides and / or toxic substances are not respected, anyone who releases these substances into the air, water or soil is liable to an environmental crime of a criminal type pursuant to of the Directive 2008/99 / EC on the criminal protection of the environment which lists a series of environmental violations that are punishable as criminal offenses in all EU countries.
In Italy this offense, as mentioned in the criminal law, is punished with the law of 22 May 2015, n. 68, which introduces in the national law cases of aggression to the environment constituted in the form of a crime and whose penalty is imprisonment from 2 to 6 years and with a fine from € 1,000 to € 100,000.
Furthermore, the recent reform of the Constitution, in reference to the arrtt. 9 and 41, which strengthens the protection of the environment, biodiversity and ecosystems, also in the interest of future generations and … that public and private economic activity can be directed and coordinated for social and environmental purposes, poses new responsibilities and obligations of both individuals and the public.
It is also recalled that the “guidelines” of the health authorities recommend the use of the fight against adulticides exclusively as a necessary means in situations where an epidemic is underway for which mosquitoes are vectors or in the presence of a risk of its onset.

Conclusion –
For what has been said, outside of health emergency situations, the fight against mosquitoes is to be considered only in an extraordinary way, in the case of serious levels of infestation and, however, adopting criteria for the protection of other fauna species including, among others mainly entomofauna and avifauna.
Among other things, the fight against adult mosquitoes, in addition to being often ineffective, involves serious risks to public health and some insecticides, as well as harmful to the ecosystem, are classified as possible carcinogens for humans. Furthermore, it is proven by numerous scientific researches that mosquitoes become resistant to the chemicals with which one would like to fight them.
For this reason, the adulticidal fight should not be considered a means to be adopted “on schedule”, but only following verification of the level of infestation present and accompanied, in detail, by the report of an Agronomist or Forestry Doctor, pursuant to art. 2 of Law 152/92.
In this report the technician must indicate the correct prevention measures in the fight against mosquitoes, that is, among others: elimination of stagnant water, even small ones, where mosquitoes reproduce, treatment of manholes with larvicidal products and covering with mosquito net, and other measures aimed at eliminating breeding sites.
In this sense it is forbidden for administrations and citizens to operate, in the fight against mosquitoes, interventions that are not in line with the aforementioned indications, in order not to run into the offenses provided for by law and the consequent sanctions.