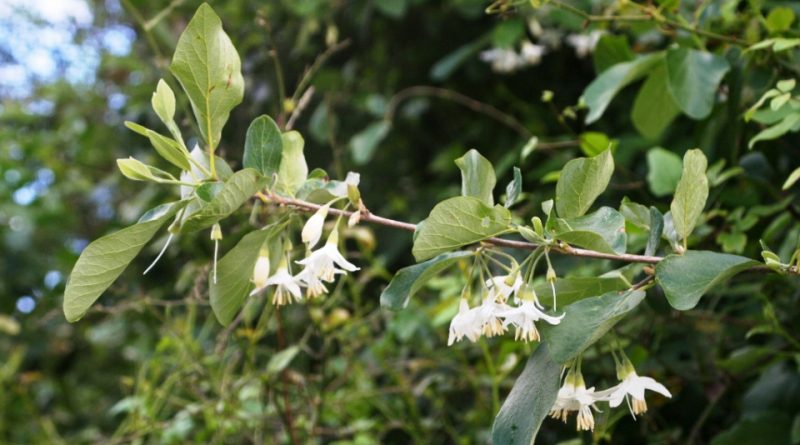 The Storax Tree (Styrax officinalis L., 1753) is an arboreal species belonging to the Styracaceae family.

Etymology –
The term Styrax comes from the Greek στῠραξ stýrax styrax, an aromatic resinous plant; according to some authors this name is derived from the Arabic as (si) tirax, resin that is extracted from different plants, especially Styrax officinalis, according to others it is the Arabic name that derives from the ancient Greek.
The specific epithet officinalis comes from a medieval laboratory workshop: as a plant usable in pharmaceuticals, herbal medicine, liqueurs, perfumery and the like.

Geographic Distribution and Habitat –
Styrax officinalis is a species with a Mediterranean distribution with an eastern center of gravity widespread above all in the Balkans, in the islands of the Aegean Sea and in Asia Minor.
It is present in Italy in various regions where it colonizes scrubs and holm oaks between 0 and 600 m a.s.l., especially in abundant quantities north-east of Rome and precisely in the Monti Lucretili Regional Natural Park, in the Monte Catillo Nature Reserve and near the Pozzo del Merro, located in the provincial management reserve of Bosco della Gattaceca; other sporadic presences were also detected in Campania.
Its habitat is that of dry rocky slopes, often on limestone, in small woods, even along water courses, up to 1500 meters.
Some authors have assumed that in Italy the species is of ancient introduction as an ornamental plant, others lean towards the character of an interglacial relict for the Italian stations. 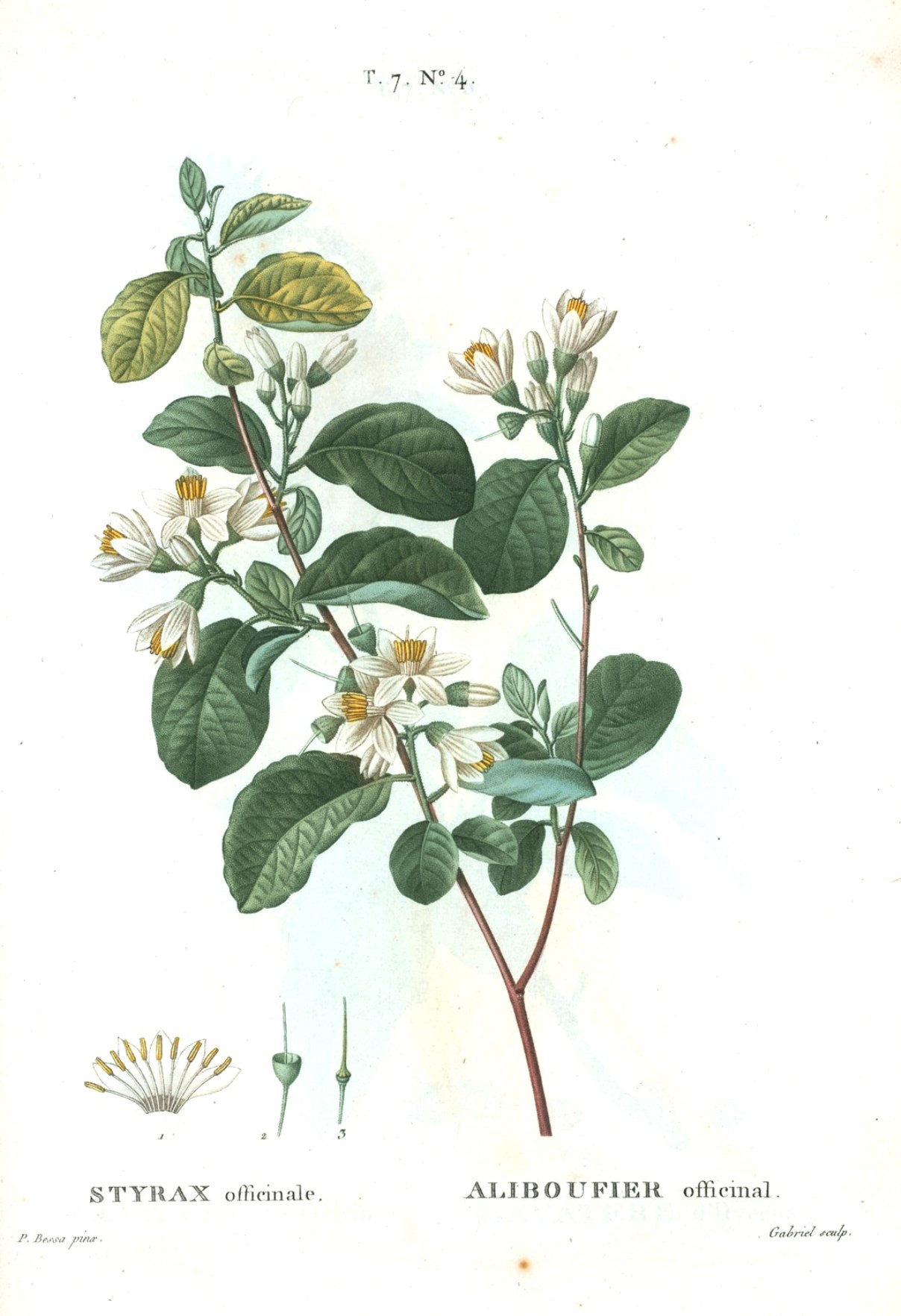 Description –
Styrax officinalis is a deciduous plant with a shrub bearing but which can also grow in the form of a small tree, around 5 meters.
The leaves are oval and bright green, with an intense vein and have a slight down on the lower surface.
The flowers are bell-shaped, fragrant and white and carried in racemic inflorescences.
The antesis is between April and May.
The fruit are drupes the size of rosary beads.

Cultivation –
Styrax officinalis is a deciduous shrub that is also used in its natural state for food, medicine or other uses.
It is a plant that prefers fertile, humid and limestone-poor soils; good drainage is also essential.
It loves semi-shaded environments, but in cooler climates it can be exposed to the sun. It is a hardy species resistant to cold, but it suffers from winter winds. It grows well in the Mediterranean area.
This plant does not need a lot of watering; it is advisable to irrigate only in dry periods.
Furthermore, if grown in the open ground it is not necessary to fertilize it while if grown in pots, an organic fertilizer must be used once a year at the end of winter.
As far as pruning is concerned, it does not require special interventions, but it is a good idea to remove dry and diseased branches and shorten the longer ones to compact the foliage.
Multiplication occurs both by seed and by cutting.
Sowing is quite complex because it is based on temperature balances that cannot always be respected. Sometimes, however, the plants in the ground propagate themselves by seed and in spring the new seedlings are born at the base of the mother plant. These can be picked up and transplanted elsewhere.
Propagation by cuttings is carried out in July by taking apical semi-woody cuttings (about 10 cm), burying them in a mixture of sand and peat and covering them with a transparent plastic bag. In a few months the rooting will be completed and the seedlings will be transplantable.

Customs and Traditions –
Styrax officinalis is a plant known since ancient times as one of the sources of the styrax, a medicinal and fragrant substance also used in the preparation of incense. In some areas it is a protected plant.
Among the various names by which it is called there is that of styrax or white mella (word used in the dialect of Palombara Sabina in Italy).
It is the only European range species of the genus which includes over a hundred species with tropical distribution.
The medicinal properties of the plant are known in some regions but almost unknown in Italy. Not to be confused with the styrax resin, which is produced by the Liquidambar orientalis plant.
This plant is used in some areas for food purposes.
From the branches and stems a very fragrant balsamic gum is obtained which is occasionally used as a condiment.
In its medicine, the resin obtained from the stems of the plant is antiseptic and expectorant.
The scented resin is obtained by engraving the stems.
It is used, as mentioned, in medicine, in perfumes, incense, etc.

Preparation Method –
Styrax officinalis is a plant known for some time and used above all in the past for its nutritional and medicinal qualities.
This plant mainly uses the resin that is obtained from the incision of the stems and subsequent solidification in the form of rubber.
This, being scented, is mainly used in medicine, in cosmetics, in the production of incense and, to a lesser extent, in the food sector.