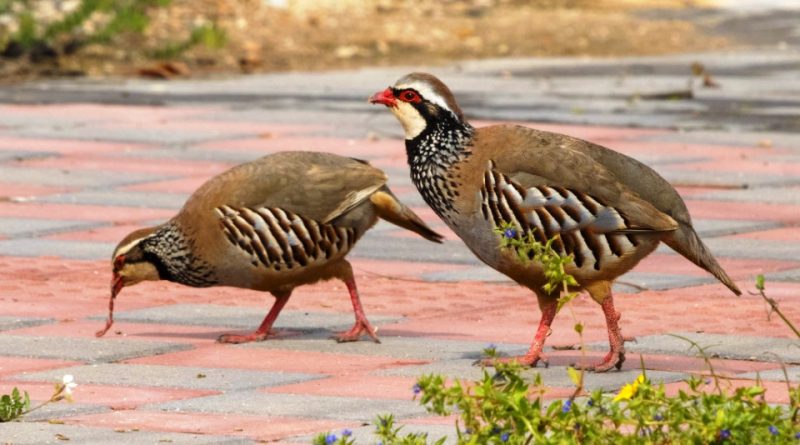 The Red-legged partridge (Alectoris rufa Linnaeus, 1758) is a bird belonging to the god family of the Phasianidae family.

Geographic Distribution and Habitat –
Alectoris rufa is an endemic bird of south-western Europe where it nests in areas of France, the Iberian Peninsula and north-western Italy.
The species has also naturalized in the flat areas of England and Wales, where it has been introduced as a game species.
In south-eastern Europe it is replaced by the very similar species Alectoris graeca.
Its habitat is the terrestrial one where it forms colonies outside the reproductive season.
This species nests on arid plains, such as agricultural land and open stony areas, laying eggs in nests made on the ground. 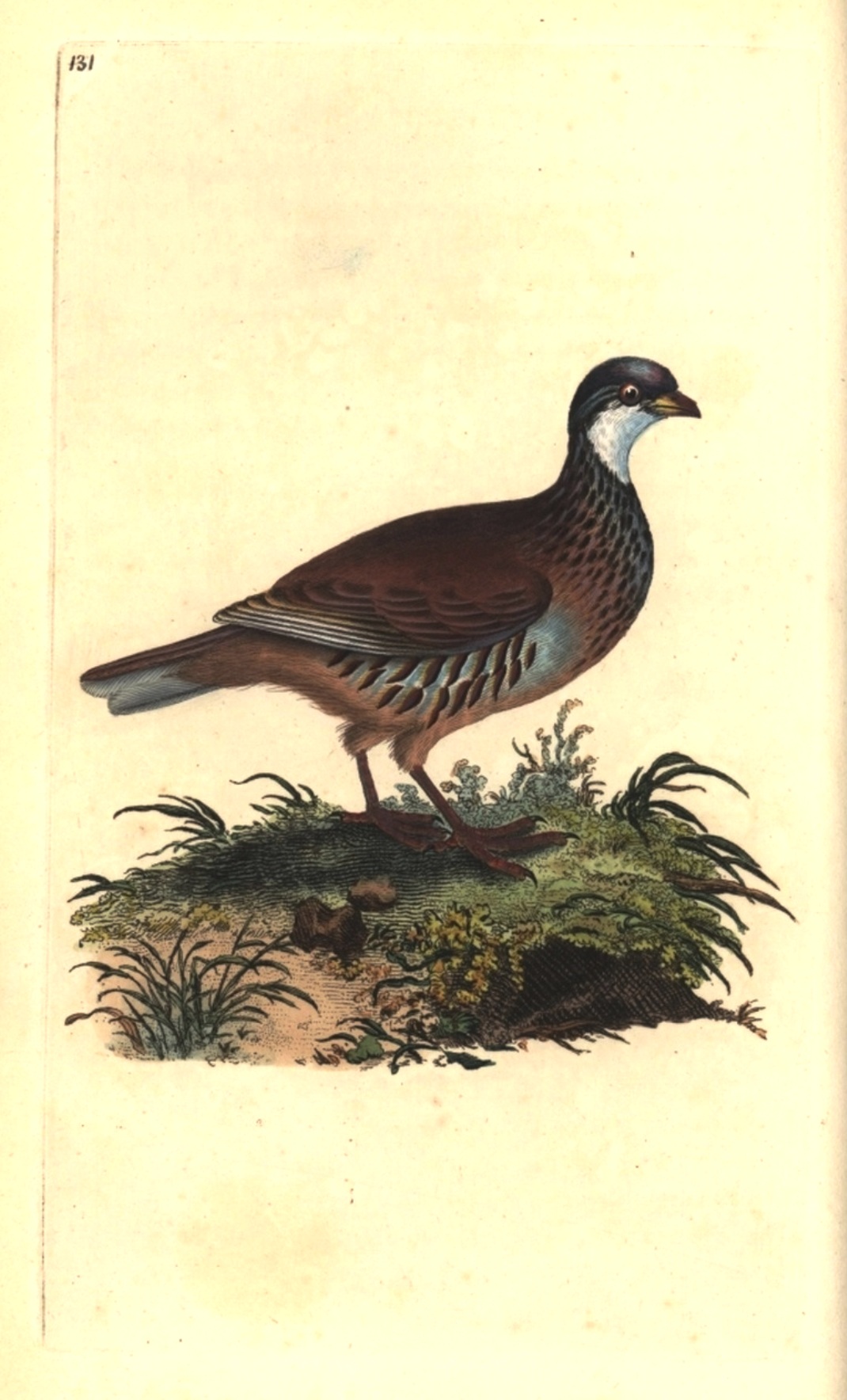 Description –
The Red-legged partridge is a galliform bird with a length of about 34 cm and a weight of 600-900 g which does not show particular sexual dimorphism.
The body is stocky, with a short tail, short and rounded wings and a reddish-brown plumage which has a black border of the white throat expanded downwards with a longitudinal speckling; chest and lower parts are instead of a greyish-brown color; the upper parts are variously streaked with reddish-brown; there are also black-white-reddish brown bands on the sides; in flight the red helmsmen are visible.
The legs are red.
It is also recognized by other similar species for its typical call which is a typical ciak-ka, repeated several times.

Biology –
Alectoris rufa is a bird that nests on arid plains, such as agricultural land and open stony areas, laying its eggs in a nest on the ground and reproducing in the period of May-June.
In this period it lays on average between 10 and 16 eggs which it hatches for a time of 23-24 days.
The pullets reach weaning in less than a month and after 25 days of birth they are able to fly.

Ecological Role –
The Alectoris rufa is a bird with a very elusive and mimetic behavior that almost always escapes by running. It rarely takes flight, it prefers to run for a long time, and only in case of danger it takes flight.
It is a sedentary species that lives in both stony and sandy hilly and mountain areas, rocky ridges with scattered trees and bushes.
Its diet is based on herbs, seeds, berries and small insects but the younger specimens in particular capture more insects as a fundamental protein supply.
According to the IUCN red list, the species of least concern but threatened by genetic pollution due to repopulation for hunting purposes (Brichetti & Fracasso 2004).