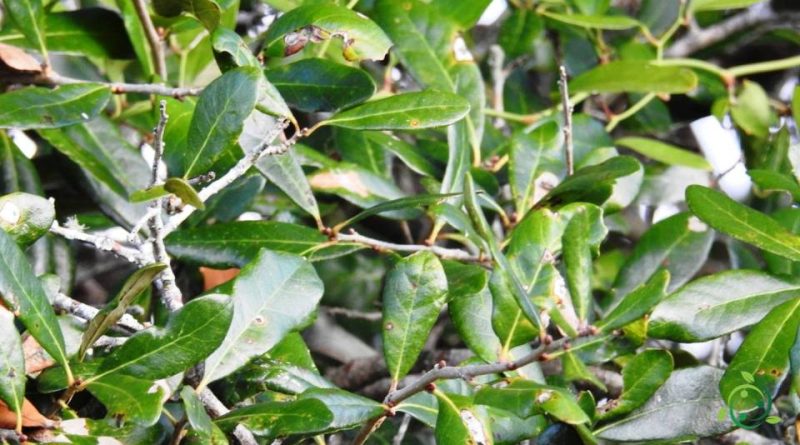 Reproduction of the Suthern live oak

The Suthern live oak (Quercus virginiana Mill., 1768) is an evergreen oak native to North America and widespread in the south-eastern United States.

Suitable breeding habitat –
Quercus virginiana grows in its natural state in the coastal plain of the Gulf of Mexico and along the southern part of the east coast of the United States. The original range extends from the north to southeastern Virginia and extends south in a narrow strip along the coast to South Carolina, where the range expands to include more inland regions. The coastal strip widens further as it moves south, encompassing the entire southern part of Georgia and all of Florida and extending to the northern part of the Florida Keys. The range then continues westwards along the Florida salient and the Mobile Bay, then again along the coastal strip of Mississippi and Louisiana, with the exception of some islands and coastal areas in the strip closest to the coast. In Texas the area of ​​presence widens to some areas of the hinterland and then narrows towards the south and ends at the town of Port Lavaca.

Propagation –
The Suthern live oak is a moderately cold-hardy tree, tolerating temperatures down to around -15 ° C when in a dormant state.
It grows best in areas with hot summers while it suffers in cooler areas, such as the maritime regions of the temperate zone.
It needs a sunny to moderately sunny location, although young plants tolerate reasonable levels of side shade.
From the pedological point of view it prefers a good deep fertile soil and the trees can withstand a considerable salinity, often growing near the sea.
They also tolerate moderate exposure, including salt-laden winds, although they survive well but grow somewhat stunted.
It is a plant that as an adult is very resistant to drought.
Propagation occurs by seed which however quickly loses vitality if it is left to dry out. It can be kept moist and cool during the winter, but it is best to sow as soon as it is ripe in an outdoor seedbed, although it must be protected from mice, squirrels, etc. Small amounts of seeds can be sown in deep pots in an unheated seedbed.
The plants produce a deep taproot and must be planted in the open field as soon as possible, in fact the seed sown in situ will produce the best trees.
For this reason the seedlings should not be left in the nursery for more than 2 seasons before the final transplant.

Ecology –
Quercus virginiana is a symbol of the deep South of the United States, where there are numerous centuries-old specimens.
This plant grows in the coastal regions of the southeastern United States, where it is found in mixed woodlands.
In the American coastal plains the Quercus virginiana is present both in pure and mixed woods, in savannahs with isolated specimens and occasionally in small groups emerging from the prairies of the southern United States.
As for the altitude, it rarely grows above 100 m a.s.l.
It is a plant that will survive the fire as long as the fire does not reach their crowns. Even if a tree is burned, its foliage and roots usually survive the fire and sprout vigorously.
These plants can withstand occasional floods and hurricanes and are resistant to salt spray and moderate soil salinity. Although they grow best in well-drained sandy and loamy soils they prefer clay.
Furthermore, the branches frequently support other plant species such as rounded tufts of moss (Tillandsia recurvata), dense draperies of Spanish moss (Tillandsia usneoides), resurrection fern (Pleopeltis polypodioides) and parasitic mistletoe.