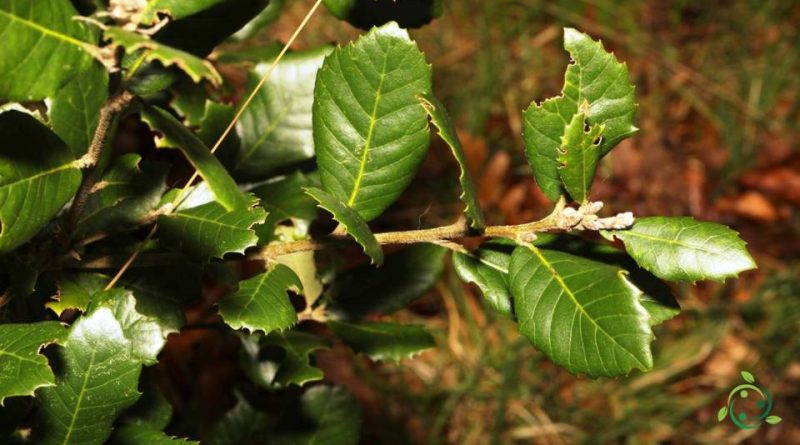 Reproduction of the holm oak

The holm oak (Quercus ilex L., 1753) is a tree of the Fagaceae family, widespread in the countries of the Mediterranean basin.

Suitable breeding habitat –
Quercus ilex is a tree widespread throughout the Mediterranean Basin even if it is absent only in Egypt (in Libya it was probably introduced by man). However, the species is more widespread in the western sector, especially in Algeria and Morocco, throughout the Iberian Peninsula (where it is one of the main components of the dehesa), in Mediterranean France and in Italy, where it forms pure woods even of considerable size.
It is a thermophilic species characteristic of the Mediterranean scrub, it is found from sea level up to 600 m (even higher in Southern Italy). It is one of the evergreen oaks. Very long-lived, it can reach a thousand years.
In the eastern sector, starting from the Balkans, on the other hand, it is found in woods mixed with other forest species, often well distant from each other, and only in stations with adequate humidity. It is also found, always associated, along the Turkish coasts of the Black Sea.
In Italy it is spontaneous in areas with a milder climate, where it is also very frequent in city gardens and avenues, and is widespread above all in the islands and along the Ligurian, Tyrrhenian and Ionian coasts. On the Adriatic side, the populations are more sporadic and disjointed (except in Puglia, Abruzzo and Marche). Small populations are also present in the Prealps along the coasts of the lakes, in the Euganean Hills, in Friuli Venezia Giulia, in Romagna up to the Bolognese-Imola area and in the Mesola wood in the Ferrara area.

Propagation –
The holm oak is a rather cold-resistant tree, generally tolerates temperatures down to about -15 ° C, as long as it is dormant.
It grows best in areas with hot summers, particularly in Mediterranean climates with their mild winters and hot, dry summers. It can also be successful in humid and maritime climates as long as the winters are mild.
It is a plant that grows well in full sun or moderate shade and tolerates many types of soils although it prefers deep, fertile ones.
From the pedological point of view it grows well on medium-textured soils and can also adapt to shallow calcareous soils and sandy soils; it is very resistant to marine exposure.
Propagation occurs by seed. Remember that this quickly loses its vitality if it is allowed to dry. It can be kept moist and cool during the winter, but it is best to sow it as soon as it is mature in an outdoor seedbed.
Small quantities of seeds can be sown in deep pots in an unheated seedbed. The plants produce a deep taproot and must be planted in the open field as soon as possible, in fact the seed sown in situ will produce the best trees.
For this reason young seedlings should not be left in a nursery bed for more than 2 growing seasons.

Ecology –
Quercus ilex is one of the most typical and important representatives of Mediterranean evergreen oak woods, and is the characteristic representative of Quercetum ilicis, that is, the vegetation of the temperate Mediterranean belt. As far as the soil is concerned, this species has no particular needs. However, it prefers not too humid soils, with good drainage. It has a higher growth in volcanic soils and in coastal areas, while in calcareous rocky soils it has a lower growth. In wetter areas of the hinterland it has stunted growth and is often overwhelmed by more suitable species.
In the central-western Mediterranean basin it represents the dominant species in wooded vegetation and Mediterranean scrub. It is a shade-tolerant species that regenerates under the canopy cover, but it is also a vigorous species with root regurgitation. In Europe it thrives in the meso-Mediterranean bioclimates, which are not too arid, forming well-structured and species-rich forests.
Mainly managed as coppice, its hardwood has been used for the production of charcoal, firewood, railway sleepers and small tools.
The almost exclusive use of holm oak woods is, in fact, the coppice government for firewood. It does not present problems of renewal by seed, also given the tolerance to the shade of the young specimens. Honey obtained from honeydew has astringent properties and is rich in iron, and bees also gather on flowers for pollen.