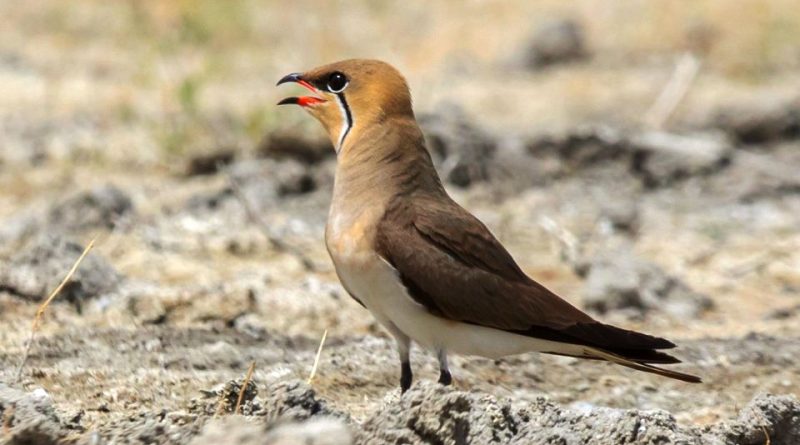 The common pratincole or red-winged pratincole (Glareola pratincola, Linnaeus 1758) is a bird belonging to the Glareolidae family.

Geographic Distribution and Habitat –
The common pratincole is a bird that frequents a range that includes Europe, central-western Asia and some areas of northern Africa, while it winters in Africa south of the Sahara.
In Europe it is found in summer in the southern and Mediterranean coasts of Spain, Portugal, the Mediterranean wetlands of France, Italy and the Balkans.
Its habitat is mainly that of muddy coastal expanses with low vegetation and the edges of marshes, lagoons and salt flats. Nesting in southern Europe is rather irregular.
In Italy it is a summer and nesting species, but not common. 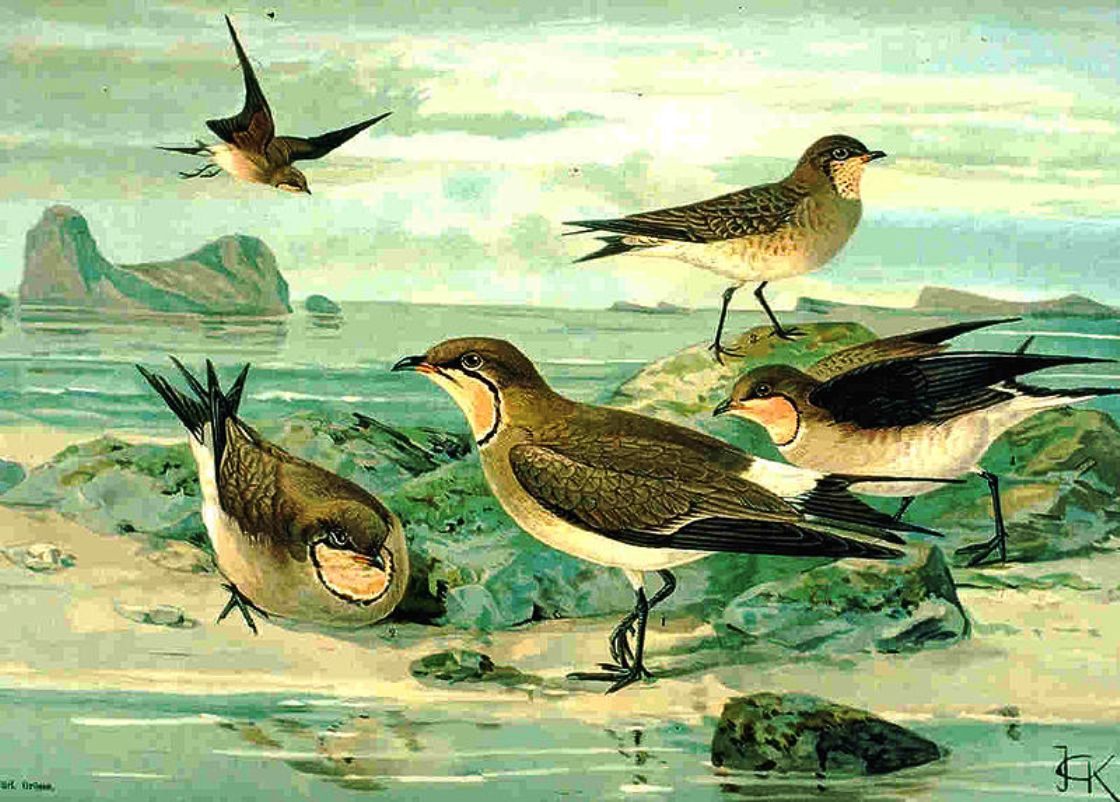 Description –
The Glareola pratincola is a bird with a length of 22-25 cm and a weight that varies between 60 and 65 grams with a maximum of 90 grams.
The body is very slender but with very short legs.
It has a short and slightly curved downward beak.
The back is brown, the belly is light, while the legs and tail are black, the throat and chest are cream colored and bordered by a black collar that starts from under the eye.
The wings are long and thin and reddish-brown in the lower part.
The rump is white and the swallowtail.
The call consists of a series of shrill and dry chirps.
When in flight it assumes the appearance of a large swallow.

Biology –
The Glareola pratincola nests in colonies; lays 3 eggs in a single brood, in the spring period, between April and June.
The nest is built in small cavities in the ground in humid environments, marshes and salt flats, where it forms loose nesting colonies, usually associated with terns, black-winged stilts and the like.

Ecological Role –
The common pratincole is a bird that is observed mainly and more easily when in flight it seeks and captures its favorite food which are flying insects. In the way of flying in search of insects, with continuous changes of direction, and also in the shape it resembles, given due proportions, to swallows.
As mentioned, it feeds on insects that it catches while in flight.
From an ecological point of view it is a species, like others, threatened by the transformation of the nesting and feeding habitat and by the mechanization of agricultural practices.
Among the conservation measures it is recalled that it is listed in Annex I of the EU Birds Directive (79/409 / EEC).
It is also one of the species covered by the Agreement on the Conservation of Afro-Eurasian Migratory Waterfowl (AEWA).
In Italy it is a species subject to protection according to Article 2 of Law 157/92.