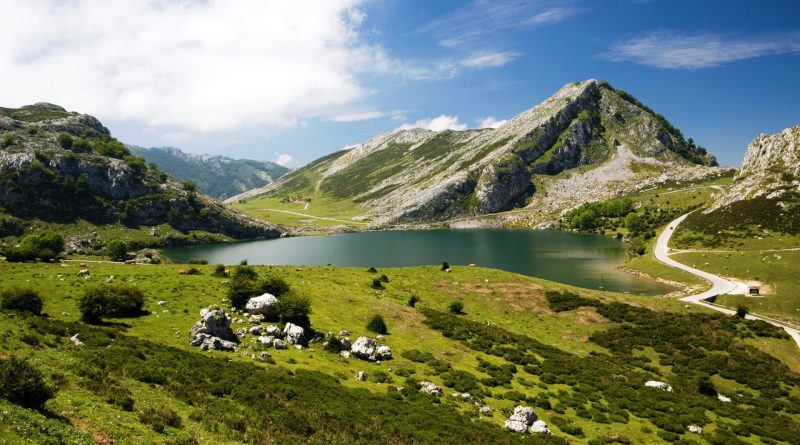 The Picos de Europa National Park, whose WDPA Code is: 71213 is a protected area of ​​Spain, present in a region on the north coast of Spain.
This park has a land area of ​​65,000 Ha and was established with Law 16 of 1995.
The managing body is directly the Ministerio de Medio Ambiente.

Geography –
The Picos de Europa National Park is a Spanish national park that includes part of the Picos de Europa mountain range, which is part of the Cantabrian Mountains. The park extends over a region that is part of the autonomous communities of Castile and León, the province of León (24,719 Ha), Asturias (24,560 Ha), and Cantabria (15,381 Ha).
The highest altitude of the park is located at 2,648 m a.s.l. on the top of Torrecerredo and the lowest at 75 m a.s.l. in the Río Deva. The maximum difference in height between two points of the park is therefore equal to 2,573 m.
The geological elements of the park are due to the combination of the action of the glaciers with the limestone massifs that form the Cantabrian mountain range.

Climate –
The Picos de Europa National Park is characterized by a remarkable variety of environments. A first factor of diversification is of course the altitude, with about 2500 meters of difference in height between the highest mountains (Torre de Cerredo reaches 2648 m) and the bottom of the valleys that cross the park. The areas closest to the Cantabrian Sea have in fact a typical oceanic climate, with low annual temperature range and abundant and well-distributed rainfall throughout the year. The climate of the southernmost areas, which look towards the Meseta and the center of the Iberian Peninsula, is instead partially continental, with colder winters and more discontinuous rainfall.
The intricate topography of the area allows the existence at low altitude of small areas with a practically Mediterranean climate, favored by the optimal exposure and the slope of the land.
The coldest month is February, with an average high of 5 ° C and an average low of -2 ° C.
The hottest month is August, with an average maximum temperature of 16 ° C.
The total average annual rainfall is approximately 1,142 mm.
The driest month of the year is August with an average of 52 mm of rainfall.
The wettest month is December with an average of 131 mm of rainfall. 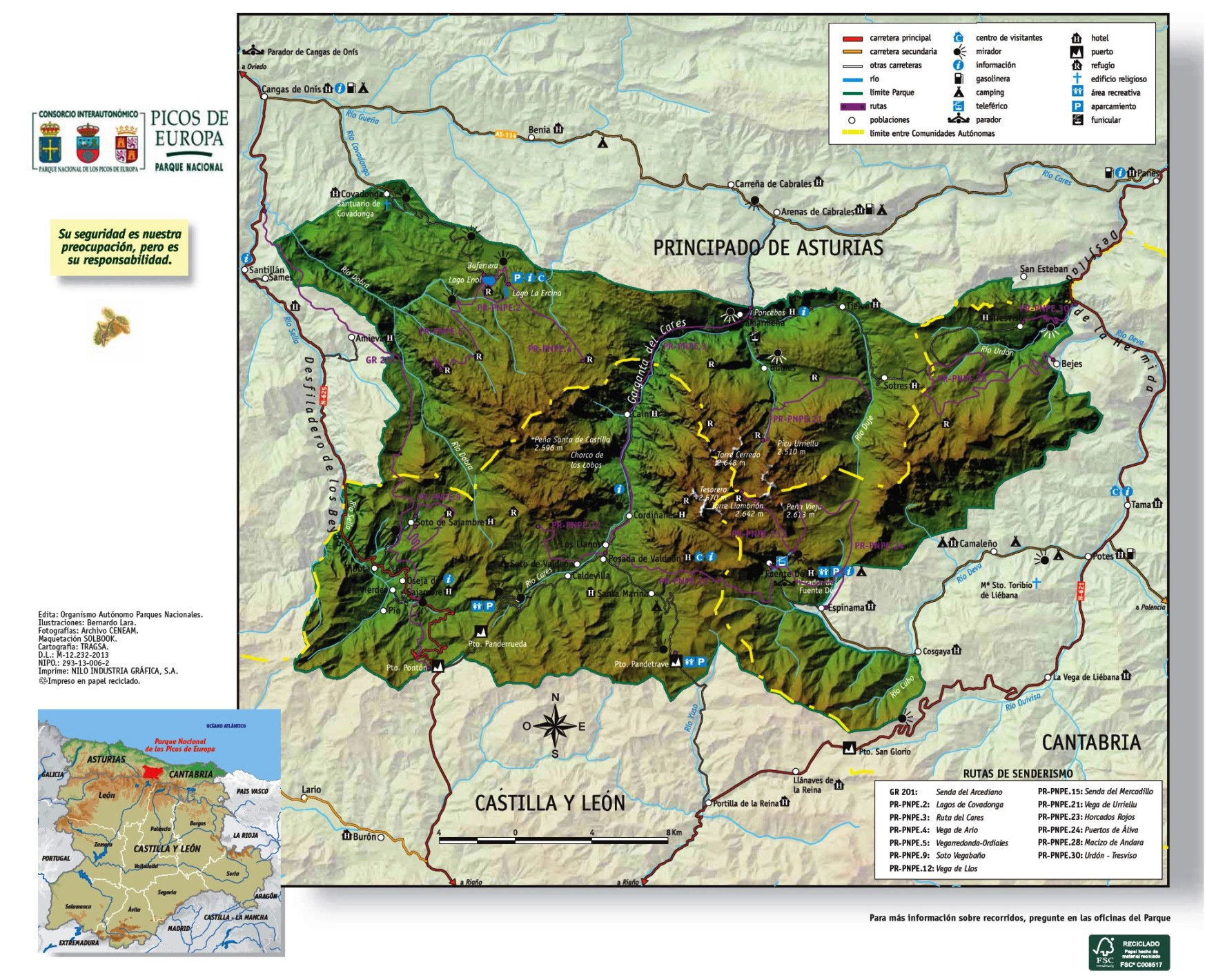 Flora –
The Picos de Europa National Park is characterized by a variety of habitats. Among the most interesting are the mowable meadows, rich in biodiversity but threatened by the progressive abandonment of traditional agricultural practices. As in the whole of the European continent, wetlands are also very precious, in particular ponds and peat bogs. In a calcareous environment such as that of the Picos – with the permeability of the soil that tends to quickly dispose of rainfall – these are very important in the least rainy months to quench the thirst of livestock, but in case of excessive use they tend to degrade.
As for the tree cover, the beech is the most widespread species; this grows between 800 and 1500 m covering the slopes of the mountains. Some specimens reach up to 40 m in height. At the bottom of the valley majestic chestnut trees and 3 species of oak grow: oak, English oak and Pyrenean oak. The badger occupies the most shady areas. A particular role is played by the holly, which populates the beech woods and which represents, in the winter period, a source of food for the fauna. Blueberries, violets and Pyrenean lilies grow in open areas, above the tree line; 40 species of wild orchids live in the most stony parts of the Park.

Fauna –
The representative animal and symbol of the Picos de Europa national park is the Cantabrian chamois (Rupicapra pyrenaica parva), of which there are several sculptures scattered in various places.
Numerous protected species are found in the park, such as the desman, the capercaillie, the bearded vulture or the brown bear. The brown bear is undoubtedly one of the most characteristic species of the Cantabrian mountains, whose populations occupy a small portion of its original habitat in the Iberian Peninsula. Among the large carnivores, the presence of the Iberian wolf (Canis lupus signatus) is also highlighted. In the wooded areas we find red deer (Cervus elaphus), roe deer (Capreolus capreolus), wild boar and various species of small and medium carnivores such as badger (Meles meles), marten (Martes martes), ermine (Mustela erminea) , the genet (Genetta genetta), etc.
Also worth mentioning is the Iberian ibex. Extinct in the 19th century due to excessive hunting, it was reintroduced in semi-activity in the Riaño Reserve, between 1991-1997, starting from the specimens captured in the Sierra de Gredos. In 1998 they were then released in various locations within the Park.
In the area we also find many birds and many birds of prey that make it almost a stronghold. Here there are, in fact, the griffon vulture, the Egyptian vulture, the golden eagle, Bonelli’s eagle, the lesser eagle, the eagle owl and then sparrow hawks, goshawks, kites and harriers. In the woods live the capercaillie, some species of woodpecker and various passerines.