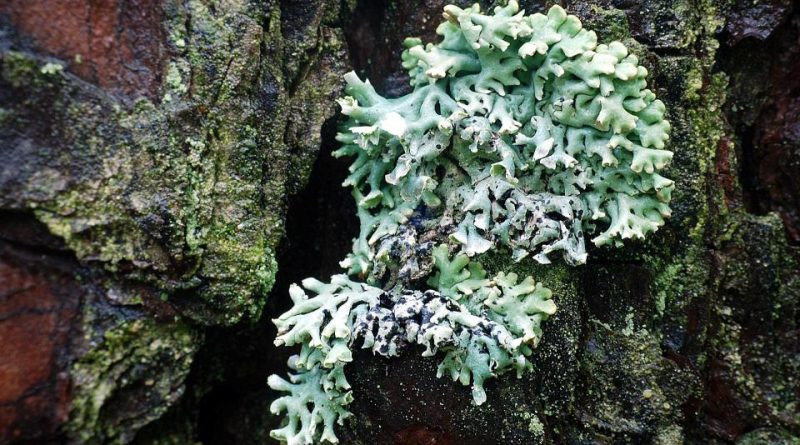 In botany, the term lichen refers to a plant organism that originates from the association of an alga and a fungus.
The term lichène derives from the Latin lichen -enis, in turn from the Greek λειχήν -ῆνος, derivation of λείχω «lick, lick».
The lichen, therefore, is a plant form that originates from the symbiosis between a fungus and an alga (cyanophytic or chlorophytic), with morphology dependent above all on the symbiotic fungus which is, in almost all species, an ascomycete or, to a lesser extent, a basidiomycete.
Lichens, morphologically, are characterized by a thallus and are classified based on the taxonomy of the fungal species (in the previous classifications they were part of the cryptogams). The two symbionts coexist taking advantage of each other: the fungus, heterotrophic, survives thanks to the organic compounds produced by the photosynthesis of the cyanobacterium or the alga, while the latter receives in exchange protection, mineral salts and water. The evolution of lichenization is probably very old and did not occur from a monophyletic group of lichenized fungi. Lichenization has evolved independently in numerous groups, a hypothesis also supported by recent molecular studies. The true symbiotic nature was only recognized in 1867 by Simon Schwendener.
The lichen thallus, which can be gelatinous, filamentous, crusty, leafy or branched like a small shrub, has a structure characterized by a more or less uniform distribution of algal cells between the fungal hyphae (thallus homomer), or by a differentiated stratification of the two symbionts (heteromeric thallus).

Lichens, which have a very slow growth, live on various substrates: limestone or siliceous rocks, soil, trees, dead wood, etc., resisting even very unfavorable environmental conditions, such as for example. low temperatures or prolonged drought; they are particularly abundant in the tundra, in the mountain forests of regions with a temperate climate or in the high mountains of tropical regions.
In systematic botany they constitute a division comprising over 20,000 species, whose classification, as mentioned, is based on the morphology of the fruiting body of the symbiont fungus.
Lichens find use and use for some of their qualities and properties.
The manna lichen (Lecanora esculenta) is used as food; it is important for the nutrition of animals in the arctic regions; the geographic lichen (Rhizocarpon geographicum), quite common, forms blackish crusts, areolate of a yellow green or lemon yellow, on siliceous rocks of the mountains all over the world; Iceland lichen was used in medicine in the past for its mucilage content (more recently antibiotics have been extracted from lichens); from various species of the Roccella genus a coloring substance is extracted, known as litmus or laccamuffa.