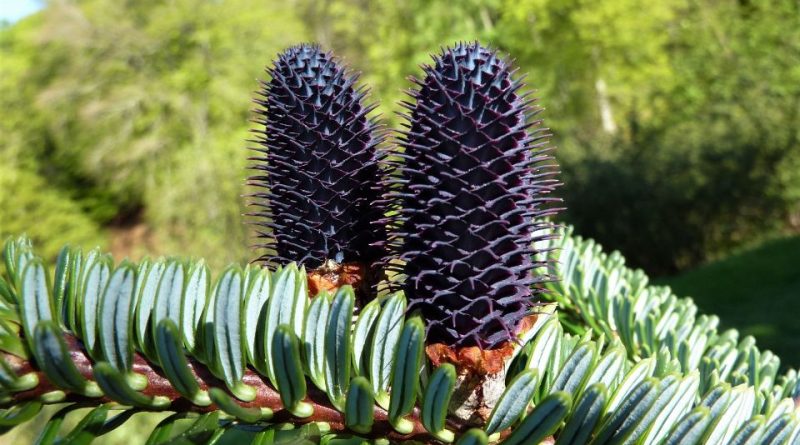 The Faber’s fir (Abies fabri (Mast.) Craib, 1920) is an arboreal species belonging to the Pinaceae family.

Etymology –
The term Abies comes from Abies which is the classical Latin name (Virgil, Egloghe, from the Sanskrit root abh gush of resin); according to another interpretation it would derive from the Greek word ἄβιος = long-lived.
The specific epithet fabri was assigned in honor of Ernst Faber, a German missionary in 19th century China and collector of botanical species, including A. fabri.

Geographic Distribution and Habitat –
The Faber’s fir is a conifer native to China and is endemic to Sichuan in western China; it is located on the sacred mountain of Emei Shan (from where it was first described) and westward to the Gongga Shan massif.
Its habitat is that of mountain altitudes between 1,500 and 4,000 m, where the climate is cold and humid with annual rainfall exceeding 2,000 mm. There are pure woods, but more frequently mixed in association with Picea likiangensis, Tsuga chinensis and Larix potaninii. 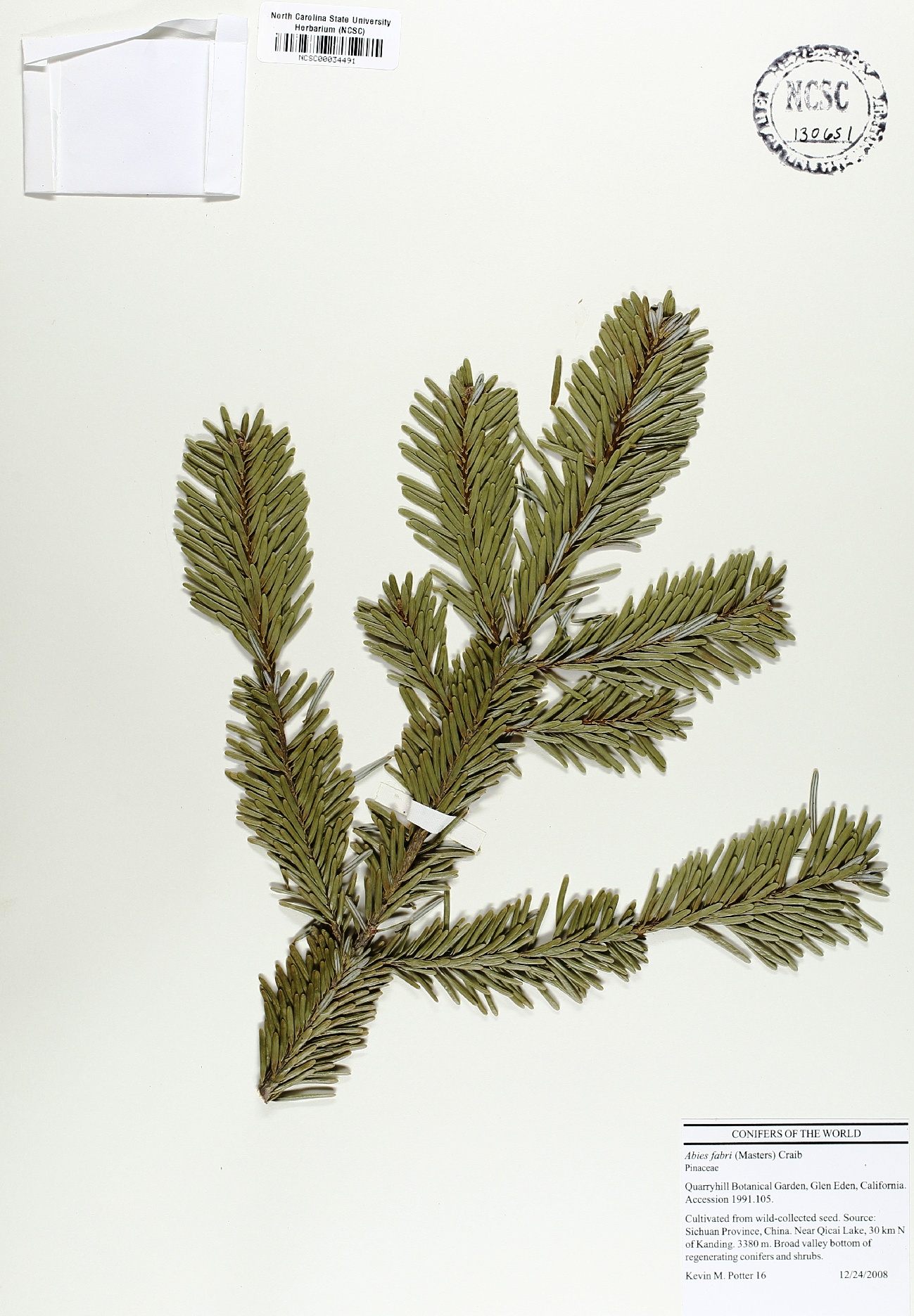 Description –
Abies fabri is a fir up to 40 m high, with a trunk that can reach 1 m in diameter.
The bark is gray or dark gray in color tending to lay in layers with maturity.
The secondary branches are hairless or slightly pubescent, light brown or yellow-brown when young, and turn brown-gray by the second or third year of age.
The buds are conical-ovoid in shape, small, resinous, with purple-yellow pearls, with obtuse apex.
The leaves are needle-like, glossy, green, up to 3 cm long, arranged like a comb in two lateral rows, with a revolute margin and obtuse apex.
Female strobili are purplish blue when immature, purplish brown when ripe; they have an ovoid-cylindrical shape with obtuse apex, 6-11 cm long and up to 4.5 cm broad, with a short peduncle; the scales are trapezoidal in shape, 2 cm long, 2.4 cm wide, with auricular margin. The seeds, ellipsoidal, about 16 mm long, with dark brown wedged wings, ripen in October.
Male strobili are 2-3.5 cm long, yellow with purple microsporophylls; pollination takes place in May.

Cultivation –
Abies fabri grows in its habitat in the temperate forest between 1500 and 4000 m s.l.m .; it is found in almost pure populations in the type locality on Mount Emei; elsewhere it is associated with Pinus tabuliformis and Tsuga chinensis.
It is an area with a cold and humid climate, with annual rainfall exceeding 2,000 mm.
This fir is threatened by acid rain from nearby Chengdu factories.
It is a plant that is not commonly used, compared to other conifers. Even the cultivation for ornamental use in vegetable gardens and botanical gardens is not practiced.

Customs and Traditions –
Abies fabri is a plant closely related to Abies delavayi and Abies forrestei, which replace it respectively in the south and southwest in southern Sichuan and Yunnan, and with Abies fargesii, which replaces it further north in Gansu.
This fir is a kind of puzzle. It is largely neglected both in gardens and in nature, and its taxonomic location remains a matter of debate. Bordères-Rey & Gaussen described it in 1929 based on the collection of TT Yu Yu 2586, collected near Songpan in northern Sichuan, but various authorities considered it synonymous with A. fargesii var. faxoniana (or A. faxoniana) including Dallimore & Jackson (1966), Liu (1971), as well as the authors of the short story Flora of China (Fu, Li & Mill 1999).
This species, unfortunately, with a restricted range and an estimated decline greater than 30% in the last century and a half, is classified as vulnerable to extinction in the IUCN Red List. The Monte Emei area is currently protected, but other populations are still subject to intensive forest cutting; moreover, a greater risk, as mentioned, is caused by acid rain caused by the proximity of the industrial area of ​​Chengdu.

Preparation Method –
Abies fabri is a plant that is not commonly used, although some populations are subject to intensive cutting for its wood.
Even the cultivation for ornamental use in vegetable gardens and botanical gardens is not practiced and there are no known food or medicinal uses.