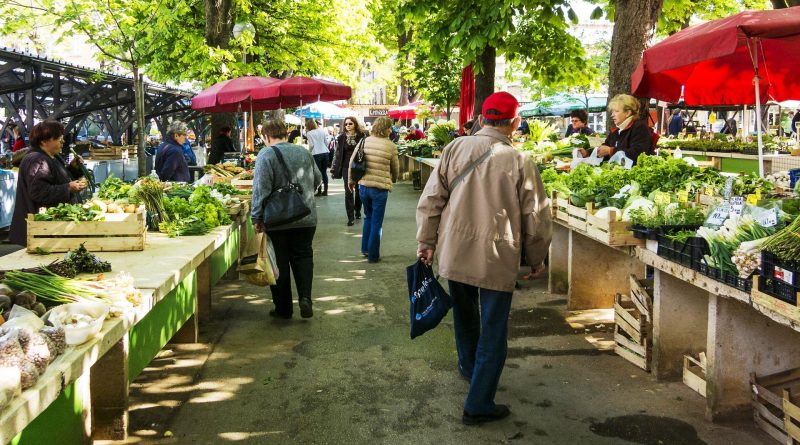 Our world, and its history, have now come to a showdown.
We are not talking about an apocalyptic showdown but of that new light that is slowly manifesting itself to illuminate the darkness of one of the darkest periods of human history.
A period that had announced itself as a liberator for humanity and a bringer of general well-being. A period that between colonialism, liberalism and unscrupulous economic policies, went on until, having reached the globalization of factors, it did not have to deal with the reality of a world, and its Nature, which travel on totally different principles and rules.
Indeed, globalization, seen by many as an objective to be achieved and by others as a negative factor to be opposed, is that dimension that is gradually resetting all historical illusions and falsehoods. Obviously it takes time, we are talking about historical processes and, therefore, about changes in medium-long scales.
A period that has led to paradoxes and colossal imbalances: between increasingly evident social injustices and increasingly evident ecological disasters.
Among these, the one that often goes too unnoticed (but which has some of the most relevant social and ecological repercussions): we are talking about Food Waste.
Food Waste –
Indeed, food waste is one of the most obvious paradoxes but also the most underestimated and unspoken.
In this regard, it should be emphasized that, especially recently, due to the war in Ukraine, the usual known multinationals and (disinformation) lobbies have hastened to declare that the new frontiers of agroecology and organic agriculture (which are not synonyms) will starve the world and that only by increasing production (i.e. by intensifying the already unsustainable so-called conventional agriculture, based on monocultures, high amounts of synthetic chemistry, mechanization, energy, etc.) can the world be fed: what benefactors!
The paradox lies precisely in the fact that, in the meantime, with this agri-food model (therefore not only how we produce but also how we organize distribution, logistics, etc.), on a global level, we produce food in abundance, so much so that we can feed the whole world population.
What’s more, if we converted the whole agri-food system with extensive systems (we are not even talking about agroecology and biological), about 30,000,000,000 (thirty billion) people could feed (see the estimate) but, obviously, as mentioned in this analysis , not with this highly energy-intensive and unsustainable economic paradigm.
In this current context (we produce more food than we need) and potential (we could feed thirty billion people), hunger still remains a serious problem for many. But it gets worse: we are eroding the planet’s resources at an impressive speed: soil above all and biodiversity to follow.
Going back to food waste, 1.6 billion tons of food, worth an estimated $ 1.2 trillion, are lost or wasted every year. The economic data, already enormous in itself, does not take into account, as mentioned, the waste of soil and water involved in the production of food that ends up in the bin. Just think of vegetables and fruit wasted every year alone require over 73 million cubic meters of water to be produced. To this we must add the waste of work and that of energy.
Precisely in this direction, Agenda 2030, with its 17 objectives (and 169 goals) brings together more than one objective to pursue the correct solutions.
The causes of this waste are various but at the base there is a wrong socioeconomic paradigm. Of course, overproduction is one of the main ones.
In this society where one part of the world lives in abundance and hyper consumerism and another does not even have clothes to cover themselves (let alone food to feed themselves) we are faced with the great (and inhuman) paradox of those who buy more and waste than he can consume.
Unfortunately, waste is not limited only to the last phase of the agri-food chain.
In fact, there are different types of waste, which manifest themselves at different moments on the way from the fields to the consumer (and which the EU Farm to Fork strategy is trying to remedy).
In addition to the so-called “food waste”, that is the food waste in question and to which we commonly refer, caused by retail sales and by consumers, FAO also underlines the existence of the less considered “food loss”, that is the loss of food which manifests itself even earlier. This is a loss linked to the initial stages of the production process, collection, transformation, transport and sale.
Here, in these two types, the true causes of the phenomenon come into play.

In fact, according to the latest State of Food and Agriculture 2021 (SOFA), on a global level there are the following data and considerations:
– over 14% of food is lost or wasted after harvest and even before reaching retail, during operations carried out on farms, during storage and during transport.
– Agri-food systems need to be made more resilient to shocks and stressors, such as those observed during the pandemic, which put global food security at risk.
Interesting, in this sense, are the data deriving from some insights from ISPRA, which with a systemic approach address the issue related to prevention and structural reduction.
The study takes into account all the factors that become part of the agrolimentary system, thus not neglecting the food used to feed the animals to produce other food that will then be wasted or – another not insignificant factor – the food eaten in excess of to our needs. In this regard, the FAO data on the increase in obesity in the world are alarming and cannot be overlooked: over 672 million adults and 124 million young people between the ages of 5 and 19 (while over 820 million people suffer from hunger).
By crossing these data and processing them systemically, it turns out that in the world, waste reaches at least 44% of the calories produced, considering waste, overfeeding and farms. This is associated with an ecological footprint that consumes at least 32% of the natural resources generated each year (biocapacity). While in Italy 63% of waste is reached by consuming at least 50% of the resources, largely generated elsewhere (see the massive import of wheat, soy, corn for feed or palm oil).
Shy signs, according to the Waste Watcher (observatory on waste created by Last Minute Market) have manifested themselves however, for the first time in the last ten years, in Italy, where domestic food waste is decreasing: after increases from 5 to 10 % of previous years, the beginning of 2020 gave us a 25% reduction compared to last year with a “saving” of 1.5 billion euros.
Among other things, this phenomenon takes on different proportions depending on the different food categories that are taken into consideration. Among all, fruit and vegetable production (roots, tubers, cereals, vegetables and fruit) seems to be the one that has the greatest impact on world waste.

Solutions and ways out –
To overcome an agri-food model that has changed rural systems, urban centers, distribution chains, lifestyles, etc. the answer is contained in the system of short, agroecological, organic and local supply chains which reduce the levels of losses in all phases prior to final consumption from 60% to 25%.
Among other things, some research shows that agroecological and small-scale systems produce from 2 to 4 times less waste than agro-industrial systems (which multiplied on a global scale would translate into striking numbers), consuming much less resources, thanks also to a internal and quasi-circular regeneration of the same. Agroecological practices are in fact much more resistant to diseases or climatic adversities, as they are based on a diversified and sustainable production. The agroecological management of the soils also guarantees their fertility for longer periods than conventional methods and, therefore, a greater and more stable production in the medium-long term.
Furthermore, the agrecological model, contrary to what is thought (and affirmed), ensures higher and energetically sustainable production yields, as well as circular ones, guaranteeing a recovery of soil fertility, biodiversity, etc.
We are facing a crossroads in the global agri-food policy, which also requires a total restructuring of the governance of the sector.
In Europe CAP, RDP, etc. they are warned and with them politicians, administrators, bureaucrats, farmers, citizens, next generations.
But that’s not enough, if it is true that 80% of waste occurs in the stages preceding final consumption, it is also true that we consumers influence the food system with our choices.
The way to feed ourselves becomes choice and political direction.
For this reason, the fight against food waste and its environmental as well as social consequences is one of the most important missions of our time.
If we love our planet and all the beings that inhabit it, we must make new, courageous choices, even with a different and widespread commitment, in line with those principles and rules of Nature which, let’s be sure, is Mother.

2 thoughts on “From food justice to social and ecological justice”