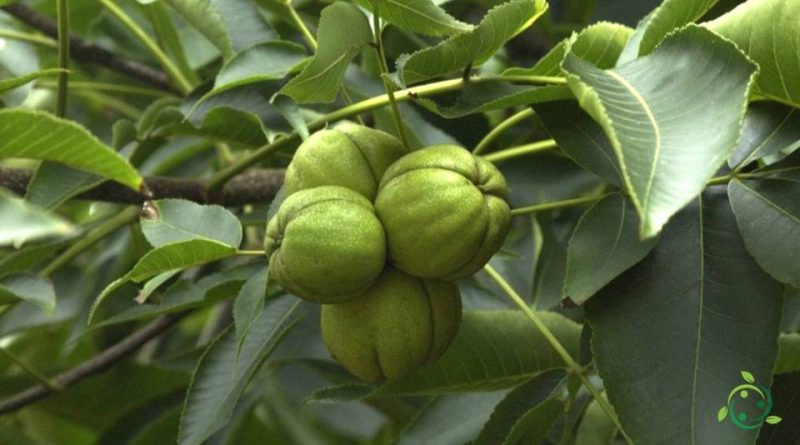 Reproduction of the Shagbark hickory

The Shagbark hickory or hickory (Carya ovata (Mill.) K. Koch) is a tree native to North America, where it forms mixed deciduous forests.

Suitable breeding habitat –
Carya ovata is a native and common plant in the eastern United States and southeastern Canada.
It is a species whose range is widespread in most of the eastern United States, but is largely absent from the coastal plains of the southeast and the Gulf and from the areas of the lower Mississippi delta. An isolated population grows in eastern Canada as far as Lavant Township, Canadian zone 4b. Other scattered formations are found in the mountains of eastern Mexico.
This plant was introduced in Europe in the 17th century and was mainly used in Germany for forestry experimentation purposes.
Its natural habitat is that of dry mountain slopes, on rich and deep, humid soils and well-drained soils of plains and valleys.

Propagation –
The American white walnut is a tree that prefers a deep soil, which retains moisture, in a sunny and sheltered position, and a temperate climate for optimal growth.
It is a slow growing tree of great ornamental value.
These plants take 15 years to flower when reproduced from seed.
There are some cultivars and two varieties which are:
– Carya ovata var. ovate;
– Carya ovata var. australis.
Propagation can occur by seed. This requires a period of cold stratification. It is recommended to sow in a cold environment as soon as it is ripe.
Stored seed should be kept moist (but not wet) prior to sowing and should be sown in an unheated seedbed as soon as possible.
It is also useful, where possible, to sow 1 or 2 seeds in deep pots and then select the best plant.
The transplant must then be carried out when the seedlings are large enough to be handled, always using larger deep pots, to host the tap root and the planting in the open field must be carried out as soon as possible, preferably in the first summer, then protecting the seedlings from the cold for the first winter.
The seed can also be sown in situ as long as it is protected from mice etc. and is protected with mulch from the cold.

Ecology –
Carya ovata is a plant with a hard, heavy and resistant wood that adapts well to uses that require resistance to shocks and other stresses.
The heartwood is fine-grained, reddish brown in color and the sapwood is almost white. In the past, wood was used to make wheels and spokes for wagons, carriages and car parts. It is currently used for furniture, flooring, tool handles, dowels, stairs and sporting goods.
It is an excellent firewood, with a high calorific value that burns evenly with a constant long-lasting heat. Wood imparts a smoked nutty aroma to foods and is often used to make charcoal.
From an ecological point of view it is a plant that animals feed on as food and refuge.
Its nuts are eaten by a wide variety of birds and mammals. The black bear, red fox, gray fox, mice, squirrels and rabbits greedily feed on its nuts.
These are the fox squirrel’s favorite food during August, September, October, February, and March, and in some areas, these nuts make up 5 to 10 percent of the eastern squirrel’s diet. Bears also consume large amounts of these nuts. The abundance of Carya ovata trees can even influence the reproductive success of the black bear during certain periods of the year.
Many birds, including the mallard, some ducks and others, also feed on its nuts.