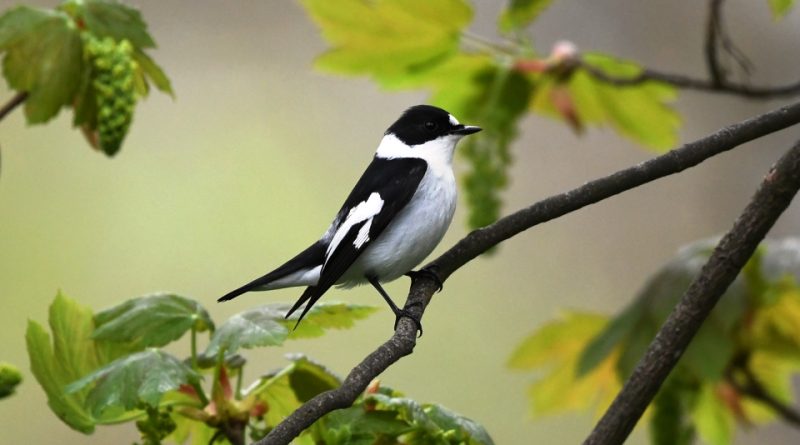 The collared flycatcher (Ficedula albicollis Temminck, 1815) is a passerine bird belonging to the Muscicapidae family.

Geographic Distribution and Habitat –
The collared flycatcher is a bird with a fragmented breeding range that extends from eastern France to Russia west of the Urals and from southern Sweden and Poland to Calabria and Mintenegro. The most recent estimate of the breeding population in Europe is 1,400,000-2,400,000 pairs concentrated mainly in Romania, Ukraine and Russia (BirdLife International 2004).
It is a trans-Saharan migratory species that winters mainly in south-eastern Africa.
The Italian peninsula constitutes the southwestern offshoot of the reproductive area. The species is reported as a scarce breeder and localized in the central Alps, in the northern Apennines, in Abruzzo, Molise, Campania and Calabria. The most recent estimate of the breeding population in Italy is 2,000-4,000 pairs for 2003, mainly concentrated in Abruzzo, Molise, Calabria, with a likely stable population trend (BirdLife International 2004). 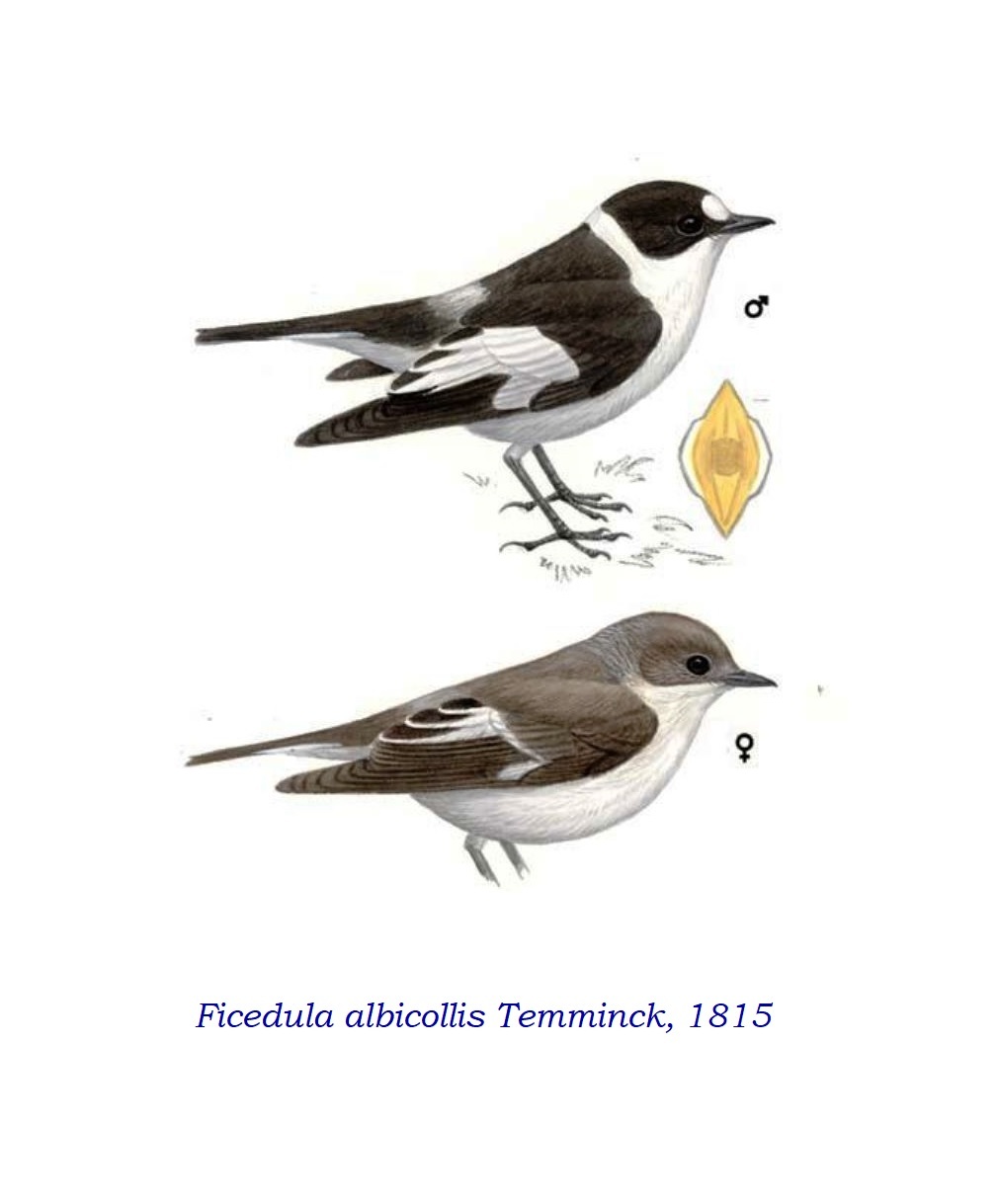 Description –
The Ficedula albicollis is a passerine bird with an average length of 13 cm, a weight that is around 10 grams and a wingspan of about 24 cm, with sexual dimorphism.
In the male the spring plumage is black on the head and on the upper parts while it is white in the lower parts, wing spot and on the edges of the tail. The white of the throat extends to the nape of the neck to form an extended collar. In autumn the plumage resembles that of the female, with a reduction in the collar and white markings.
The female is recognized by a more gray plumage, it is distinguished from the Ficedula hypoleuca by the more marked signs on the wings.
The beak is black and has the broad but pointed shape typical of aerial insectivores.
The song of this bird is a slow tense whistle; moreover it can imitate the song of populations of the same sympatric species.

Biology –
Ficedula albicollis is a nesting species in Europe and, partially, also in Italy. It nests in clearings and marginal sectors of mature woods. It nests in holes in walls and trees and in nest boxes.
The egg-laying period takes place between the end of April and June, also depending on the latitude.
It lays 5-7 eggs (maximum 9) which are light blue in color and the incubation period lasts 12-15 days.
In nature this species has a maximum recorded longevity period of 7 years and 11 months.

Ecological Role –
Ficedula albicollis has a diet consisting mainly of Arthropods. Lepidoptera larvae constitute the main nourishment of the nestlings. The prey are frequently caught in flight, or collected from leaves and branches. The capture of prey on the ground is rare and occurs mainly in adverse climatic conditions. This species recognizes only moving Arthropods as potential prey.
The capture takes place starting from perches and often feeds on the ground. It frequents woods near the water.
Ficedula albicollis is a species studied as a model in both ecology and genetics and was one of the first to have the entire genome sequenced.
Repeated spectrometric data, taken from male specimens, revealed that plumage reflectance should be measured during courtship, the primary period of sexual signaling, with ghostly traits diminishing during the breeding season.
Studies have also been carried out on the relationship between inbreeding and population vigor. In a natural population of F. albicollis, inbreeding appeared to be rare, but when it did occur it had serious negative consequences for fitness characteristics such as hatching success rate.
For this species the main threatening and limiting factors of the populations in the reproduction areas is constituted by the cutting of the secular fruit chestnut groves and mature trees of other species rich in cavities.
In some areas, the actions that can be proposed for the protection of the species consist in guaranteeing the protection of the known nesting areas and in conserving the chestnut groves and woods with suitable environmental conditions for reproduction.
From the point of view of the condition of this species, Ficedula albicollis has a large range and a very numerous population and therefore the IUCN Red List classifies it as a species with minimal risk (Least Concern).